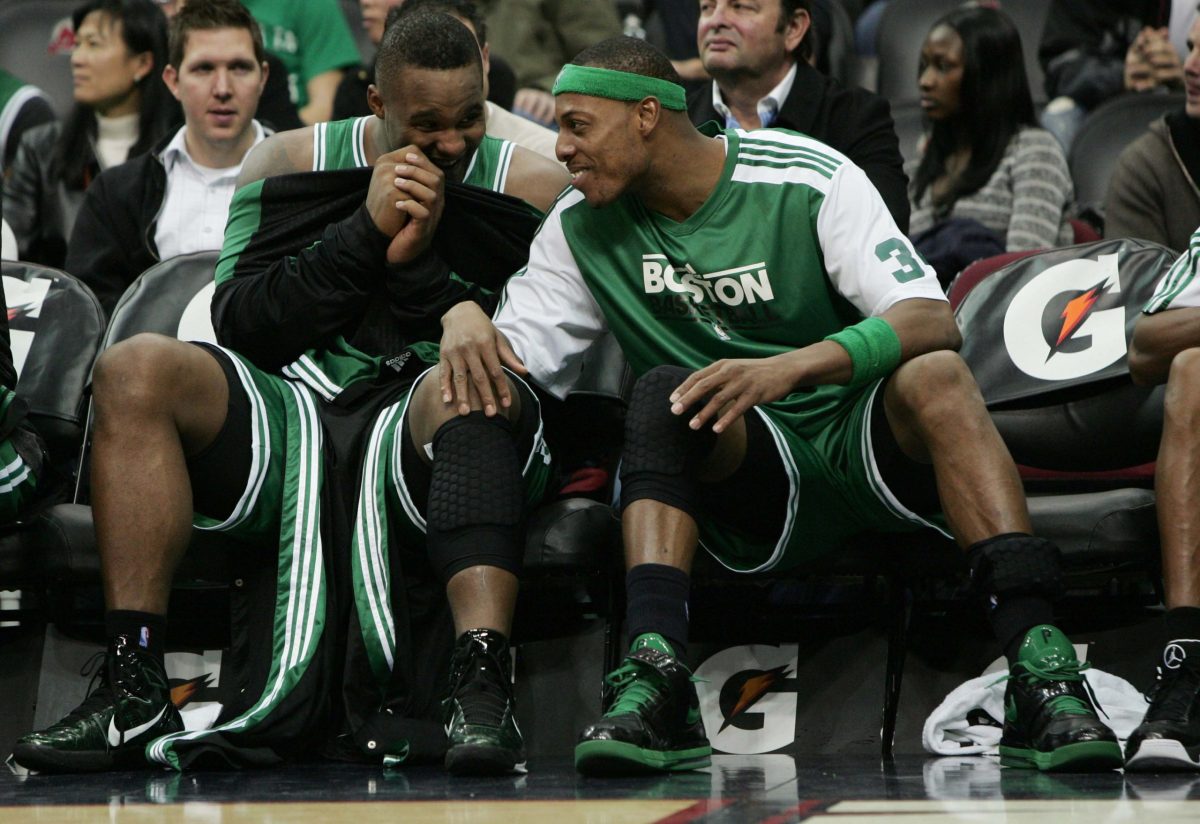 One former NBA star who rose to prominence during the mid-2000s and went on to enjoy a Hall of Fame career was Paul Pierce.

Pierce played the majority of his career with the Boston Celtics, and he became one of the faces of the franchise. The pinnacle of his career came in 2008 when he helped lead the Celtics to an NBA championship.

Former big man Glen Davis, one of Pierce’s former teammates, recently appeared on a podcast and took some time to discuss Pierce’s greatness.

Instead of talking about Pierce’s commitment to getting better or his fiery competitive spirit, Davis chose to use a somewhat hilarious example to prove Pierce’s unique ability.

“He is great,” Davis said after expressing his belief that many don’t respect Pierce’s greatness. “I’ve watched Paul drink four bottle of wines and go for 40. I’m talking about no problem.”

During his time in the NBA, Pierce averaged 19.7 points, 5.6 rebounds and 3.5 assists per game. He certainly left a big mark on the Celtics faithful and remains one of the most beloved players in the history of the franchise.

Along with winning a championship in 2008, Pierce was named an All-Star 10 times and made four All-NBA teams.

Though he may not be considered amongst the true upper echelon of the most elite players in league history, he is likely considered by many to be just below that threshold.

In regards to Davis’ story, it’s pretty fascinating to learn that Pierce could even function after drinking four bottles of wine. It’s a unique way to discuss a player’s greatness, but it certainly gets the point across.