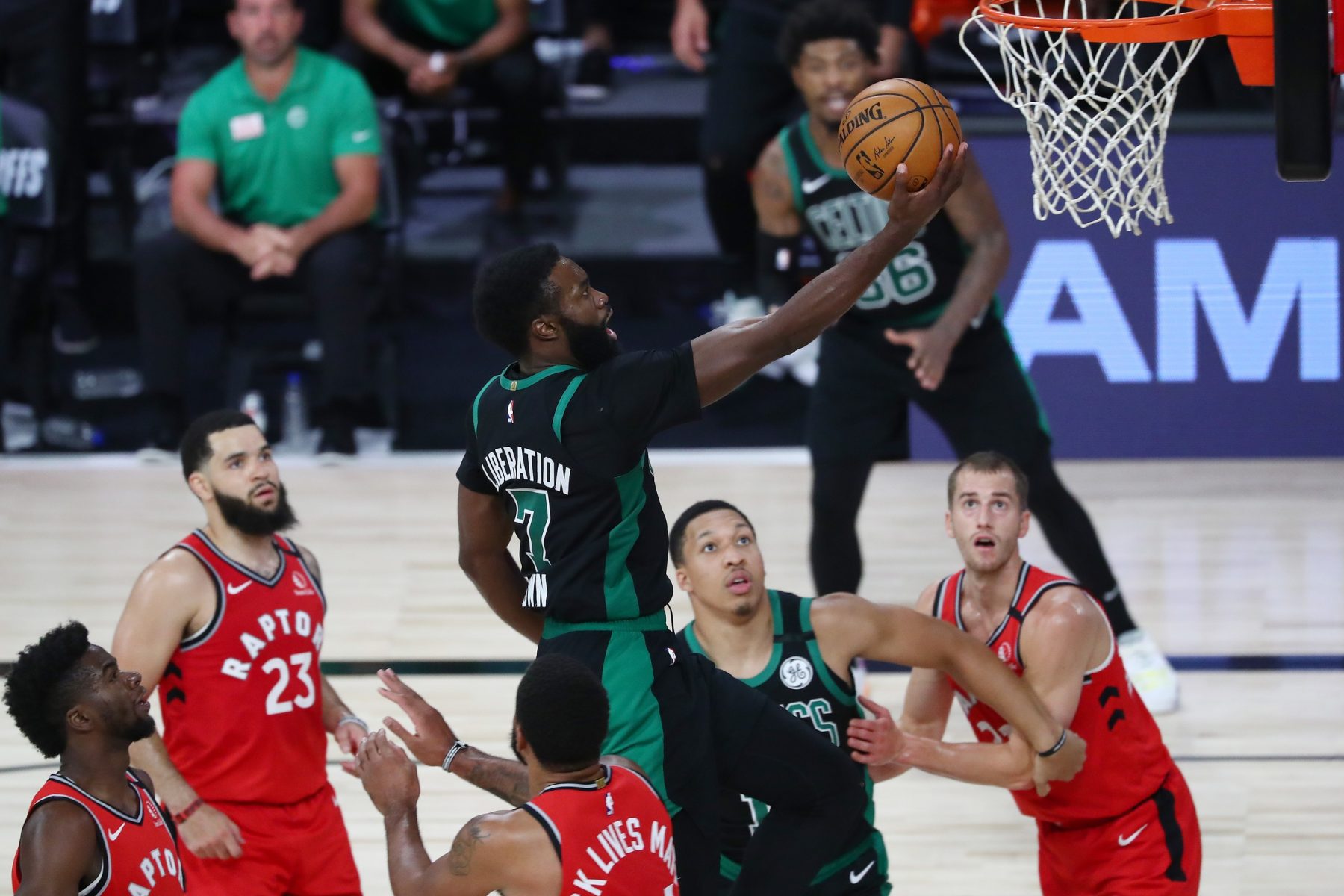 Brown took a shot at Raptors head coach Nick Nurse after the game. He complained about Nurse coming onto the court during the double-overtime battle.

Jaylen Brown on Nick Nurse coming on the court: "Grown men should be able to control themselves. Especially the coaches and coaching staff. But nothing we can do. We just gotta be ready to fight."

Both teams had chances to win, but an and-one layup by Normal Powell gave the Raptors a four-point lead late in double overtime.

With the win, Toronto now forces a Game 7 on Friday.

Brown had a big game on Wednesday, finishing with 31 points and 16 rebounds.

Both teams will need to rest up after multiple players played over 50 minutes in the game.

It will be interesting to see if Nurse responds to Brown’s comments. The second-year head coach has done a fantastic job with the Raptors this year.

They are just a game away from advancing to the Eastern Conference Finals despite losing Kawhi Leonard this past offseason.