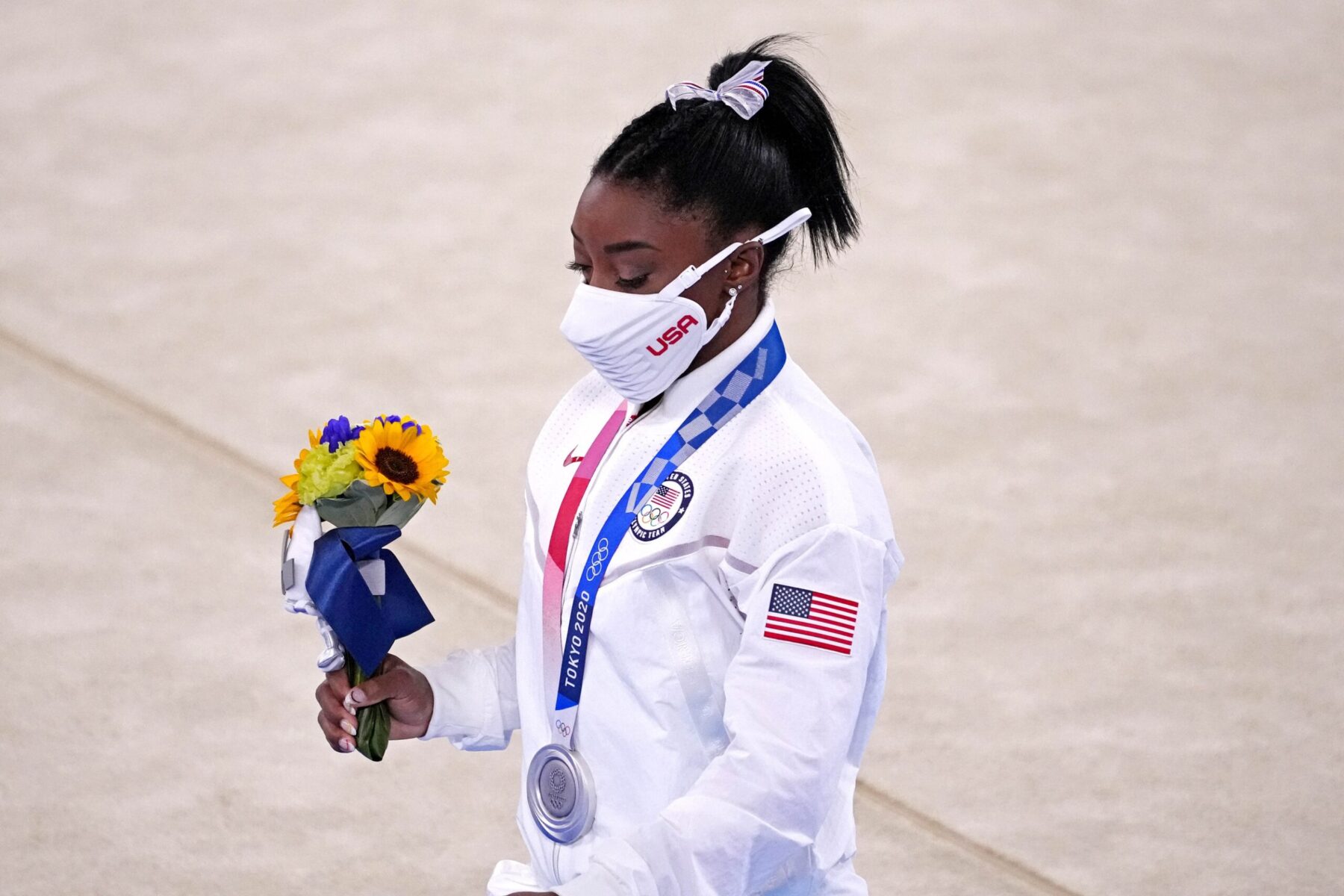 A big news story to come out of the Olympic Games in Tokyo, Japan is American gymnast Simone Biles withdrawing from competition due to mental health concerns.

When Charlie Kirk, conservative activist and founder of Turning Point USA, cited her as an example of what he sees as a “generation of weak people,” Boston Celtics star Jayson Tatum clapped back.

Is it that hard to be supportive and empathetic to what others are going through? This is someone’s daughter and her health your referring to. Wonder if he has kids and how he would feel as a parent someone talking about his kids this way. Cause I’d be DAMNED. Simone is a hero! https://t.co/kJWnXK2tlk

Biles is considered by most to be the greatest gymnast of all time. As a result, she has amassed more World medals and World gold medals than anyone else in her sport.

Her withdrawal comes on the heels of tennis player Naomi Osaka withdrawing from the French Open for similar reasons.

The topic of mental health has recently been brought to light throughout the NBA. Players such as the Cleveland Cavaliers’ Kevin Love have been forthright about their struggles with such issues.

Tatum had a strong season for the Celtics, although it was not an easy campaign. Several months ago, he came down with a case of COVID-19, and he admitted that it continued to affect him for many weeks afterward.