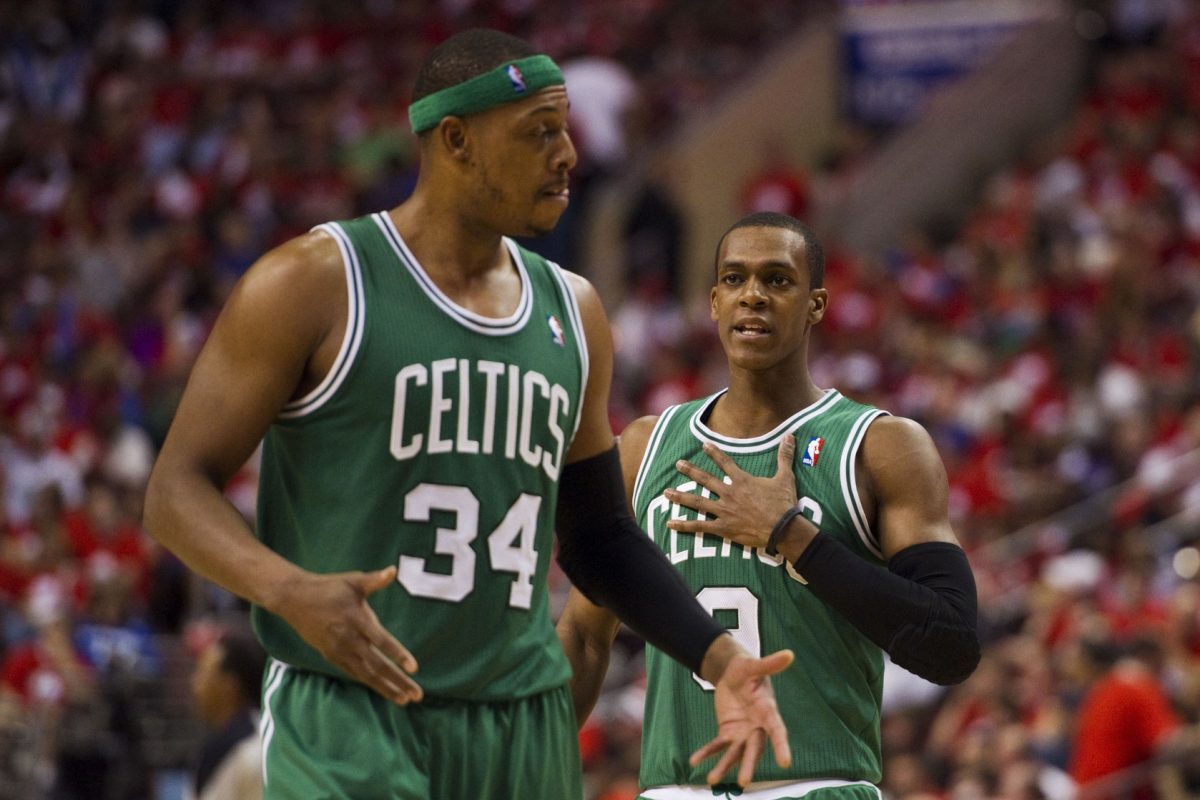 Boston Celtics legend Paul Pierce recalled a time where his former teammate, guard Rajon Rondo, shattered a television when then-Celtics head coach Doc Rivers made a film session about him.

“The most memorable one for me, you know we watching film and this is the day the film is all about him,” Pierce said of Rondo. “And, you know Rondo kinda cool, he don’t get mad too much. He keep aside, but he let it out today. We in the middle of the playoffs.

Pierce went on to say how it showed him that Rondo cared, since he was frustrated that he messed up.

Pierce and Rondo went to the NBA Finals twice with the Celtics, once during the 2007-08 season and again in the 2009-10 campaign. The team won the 2008 NBA Finals against the Los Angeles Lakers.

Rondo was a heady point guard for those Boston teams that featured Pierce, Ray Allen and Kevin Garnett. Even though he was never an elite scorer (Rondo never averaged more than 13.7 points per game for Boston), he was an elite passer and floor general.

His best seasons came in Boston, where he made four consecutive All-Star teams from the 2009-10 season through the 2012-13 campaign.

Pierce, who didn’t have a ton of playoff success with Boston until Garnett and Allen arrived, clearly seemed to appreciate Rondo’s passion for the game. Boston had a lot of big personalities on the roster during its title runs (Kendrick Perkns, Garnett, Eddie House), but the team played extremely well together.

Rondo deserves some credit for that for his ability to distribute the ball and keep everyone involved. In his time in Boston, he led the league in assists per game two times.

Pierce mentioned that Rivers was hard on Rondo during that season’s playoff run, but it appears that the veteran coach knew what he was doing to get the best out of his point guard during his time coaching the Celtics.