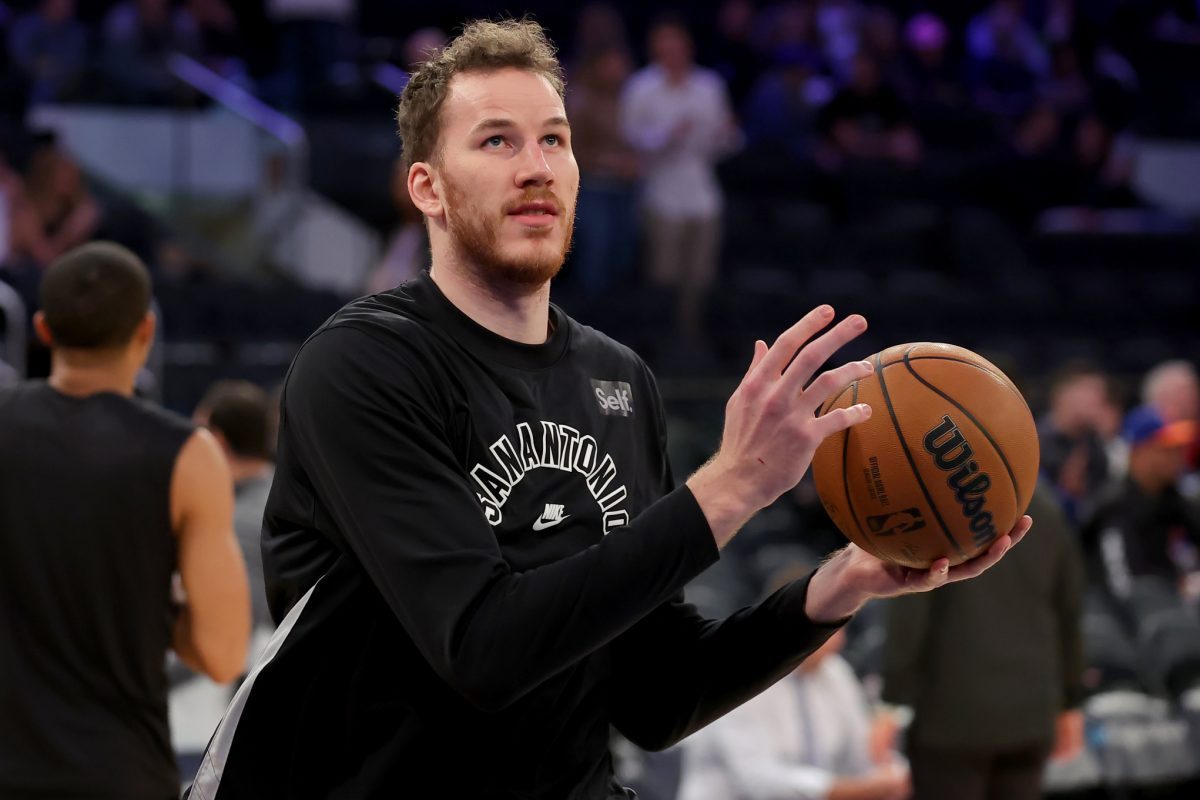 The 2023 NBA trade deadline is less than a month away, and it sounds like it could be a busy one for the San Antonio Spurs. Jakob Poeltl is one of their most notable trade chips, and according to a report, teams like the Boston Celtics and Toronto Raptors have registered significant interest in the center.

Poeltl is set to become an unrestricted free agent this offseason, so the Spurs have a lot of factors to weigh when it comes to his future with the team.

“However, one organization emerges every deadline as a key hub for the entire NBA,” wrote Shams Charania of The Athletic. “This season, it could be San Antonio. Spurs center Jakob Poeltl has gained significant trade interest from teams such as the Toronto Raptors and Boston Celtics, according to league sources who, like all the other sources in this story, were granted anonymity so that they would be able to speak freely.

“Poeltl is believed to have great respect for the Spurs’ organization, head coach Gregg Popovich and his teammates, but his desire to compete on the highest levels is a factor that other organizations feel is important for the pending unrestricted free agent. The Spurs have wanted the 27-year-old Poeltl as part of their long-term future but are balancing the risk of his price tag and potentially losing him for nothing in the summer.

“The Spurs have had a standing offer to Poeltl for his maximum extension of four years and $58 million since before the season, but that has been declined, league sources say. San Antonio will be able to offer more to Poeltl in the offseason and is slated to have in excess of $50 million in salary-cap space. Rival executives believe Poeltl will approach the $20 million per year range in a new deal during the offseason. There’s no question the Spurs will hold a high price threshold for any deal involving Poeltl.”

Poeltl would be a valuable addition for a number of teams across the NBA. The 27-year-old is a consistent double-double threat, and he’s also an impressive defender.

This season, he’s averaging 12.3 points, 9.4 rebounds and 2.9 assists per game while shooting 63.2 percent from the field. Unfortunately for the Spurs, they haven’t been able to turn Poeltl’s production into wins, as they’re just 13-31 this season.

The fact that the Raptors are interested in the former lottery pick is interesting because he began his career with Toronto. The Raptors selected Poeltl in the first round of the 2016 NBA Draft before trading him to the Spurs in 2018.

It sounds like Toronto wants him back. The Raptors haven’t lived up to expectations this season and could certainly use a boost. The squad is fighting for a play-in spot in the Eastern Conference and currently has a record of 20-24.

The Celtics, meanwhile, look like title contenders for a second straight season. Boston has the best record in the entire league at 33-12, and the team is currently enjoying a seven-game winning streak.

After falling just short of last season’s NBA title, the Celtics are definitely hungry to finish the job this season. They already have a very impressive roster. Poeltl would make the team an even bigger threat in the East.

The Spurs may ultimately choose to keep Poeltl at the deadline, but if he gets dealt, he figures to make an impact wherever he lands.