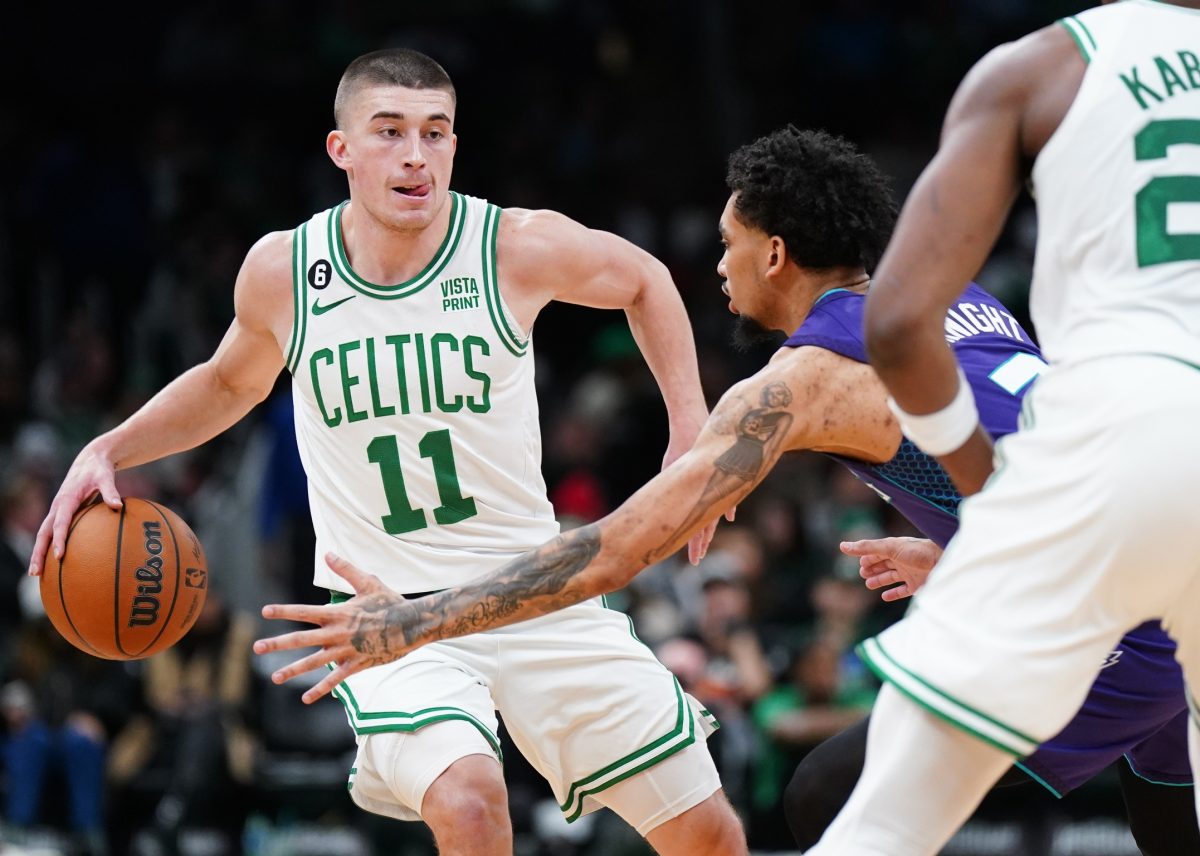 The former first-round pick has recently fallen out of Boston’s rotation with Marcus Smart, Derrick White and Malcolm Brogdon ahead of him. Boston has a plethora of capable ball-handlers, and Pritchard’s size makes him a bit of a defensive liability against bigger backcourts.

“His minutes were expected to take a hit with the acquisition of Malcolm Brogdon, and it appears he’s been pushed out of the rotation entirely when the Celtics are at full point guard-capable strength.”

Even though Pritchard has seen his playing time reduced in Boston, other teams have considered pursuing the young guard, as he is still under contract this season and next season.

“Not surprisingly, Pritchard’s new situation has other teams sniffing around,” Bulpett wrote. “Clubs have been investigating whether he might be worth pursuing in a trade (he makes $2.2 million this year and $4.0 million next).”

Pritchard has played in just 21 games for the Celtics this season, making one start. He’s seen his minutes decrease to 10.5 per game after playing 19.2 minutes per game as a rookie and 14.1 minutes per game last season.

The Celtics drafted Pritchard with the No. 26 pick in the 2020 NBA Draft. He’s been able to provide them with a scoring spark off the bench at times, but the team has transitioned to much bigger lineups, headlined by bigger guards like Smart, Brogdon and White.

With Boston playing Jayson Tatum and Jaylen Brown big minutes on the wings, Pritchard would likely only see a role increase with the Celtics if a player was injured.

After making the NBA Finals last season, the Celtics are currently the No. 1 seed in the Eastern Conference in the 2022-23 campaign.

The team clearly believes that it can get back to the Finals, but it could use Pritchard as a trade chip to bring in a player that will be able to get minutes for the team this season. Boston could also look to move him to bring in future draft capital as well.

As the trade deadline nears, it will be interesting to see if there is a team in need of guard depth that makes a run at the Celtics guard.