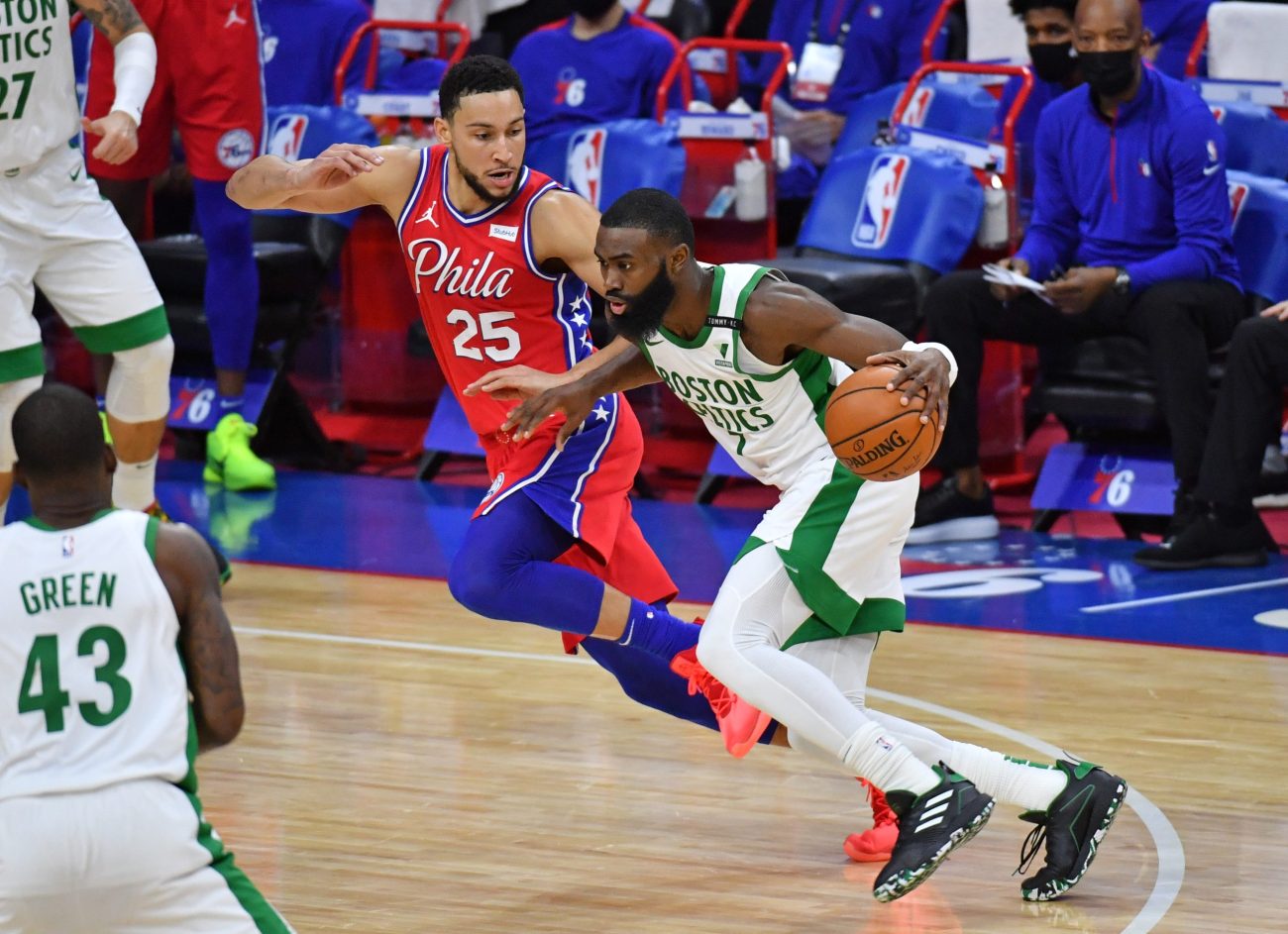 The Boston Celtics’ 2021-22 season isn’t off to the start the organization was hoping for. Through 10 games, the Celtics are just 4-6.

Boston’s roster is loaded with young talent, but the franchise hasn’t cracked the NBA Finals since the 2009-10 season. Many fans are starting to grow tired of the team’s shortcomings.

Amid Boston’s struggles, it sounds like the organization has entertained the idea of trading for Philadelphia 76ers point guard Ben Simmons.

“The Boston Celtics have engaged in conversations with the 76ers revolving around Simmons and expressed interest in the 6-foot-11 guard, sources tell The Athletic,” wrote Shams Charania. “Talks have been fluid with no traction as of yet, those sources say. Any potential Simmons deal with the Celtics would have to include All-Star forward Jaylen Brown, an ascending talent who is in the midst of another career season, averaging 25.6 points, 6.1 rebounds and 2.5 assists.”

It certainly sounds like the Sixers’ asking price regarding a potential Simmons deal is still high. The Celtics might be reluctant to give up Brown, who is becoming one of the league’s top young stars.

It would make a lot of sense for Boston to shake things up, but it remains to be seen what that might look like. The team is asking a lot of Brown and Jayson Tatum at the moment, and that hasn’t been a successful strategy thus far.

Time will tell if the Celtics end up making major changes to their roster this season. In the meantime, the squad will hope to get things back on track on Wednesday in a matchup against the Toronto Raptors.