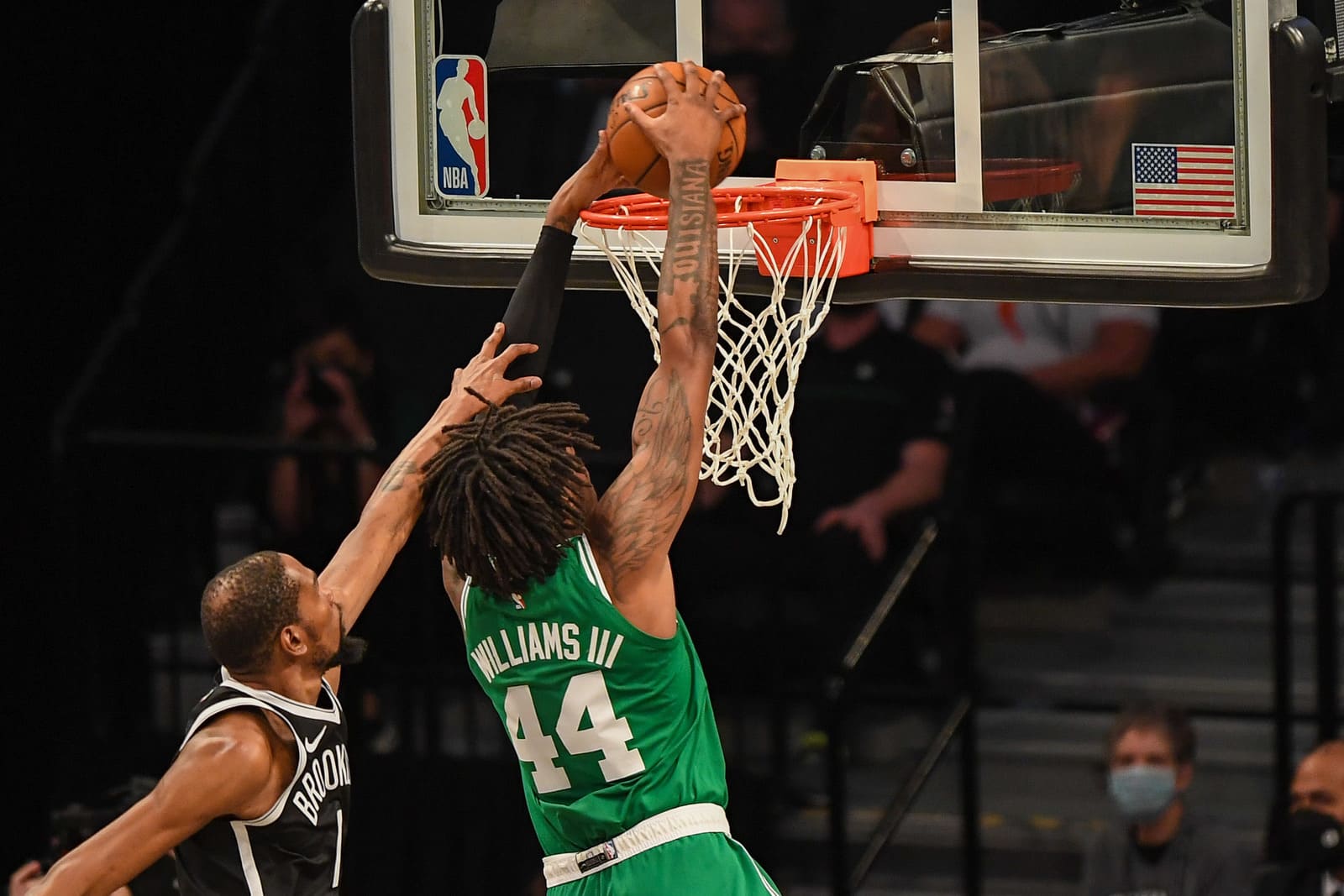 The Boston Celtics reportedly are keeping center Robert Williams off limits in their trade talks for superstar Kevin Durant.

Durant, who requested a trade from the Brooklyn Nets earlier this offseason, is one of the biggest names in NBA history to be on the trade market. However, the Celtics seem to be pretty high on Williams and view him as a big part of their future.

“That said, even without [Marcus] Smart (or Robert Williams III, sources told NBC Sports he is not available), a Celtics offer with Jaylen Brown may be the best one the Nets will see,” NBC Sports’ Kurt Helin wrote.

While Boston would probably have to give up Brown, a one-time All-Star, to get Durant, it appears that players like Smart and Williams would be integral to the team’s future plans even if Durant is on the roster.

It’s hard to fault the Celtics for not wanting to part ways with several pieces of their core, as the team made the NBA Finals in the 2021-22 season. Boston swept Durant and Brooklyn in the first round of the playoffs on its way to a Finals appearance.

The former first-round pick is one of the best rim protectors in the NBA, and he’s extremely efficient with his chances on the offensive end, making 73.6 percent of his shots in the 2021-22 season.

There is obviously an allure to bring Durant’s talent to Boston, but it appears the Celtics are grounded in just how much they’d be willing to trade for the two-time NBA Finals MVP.