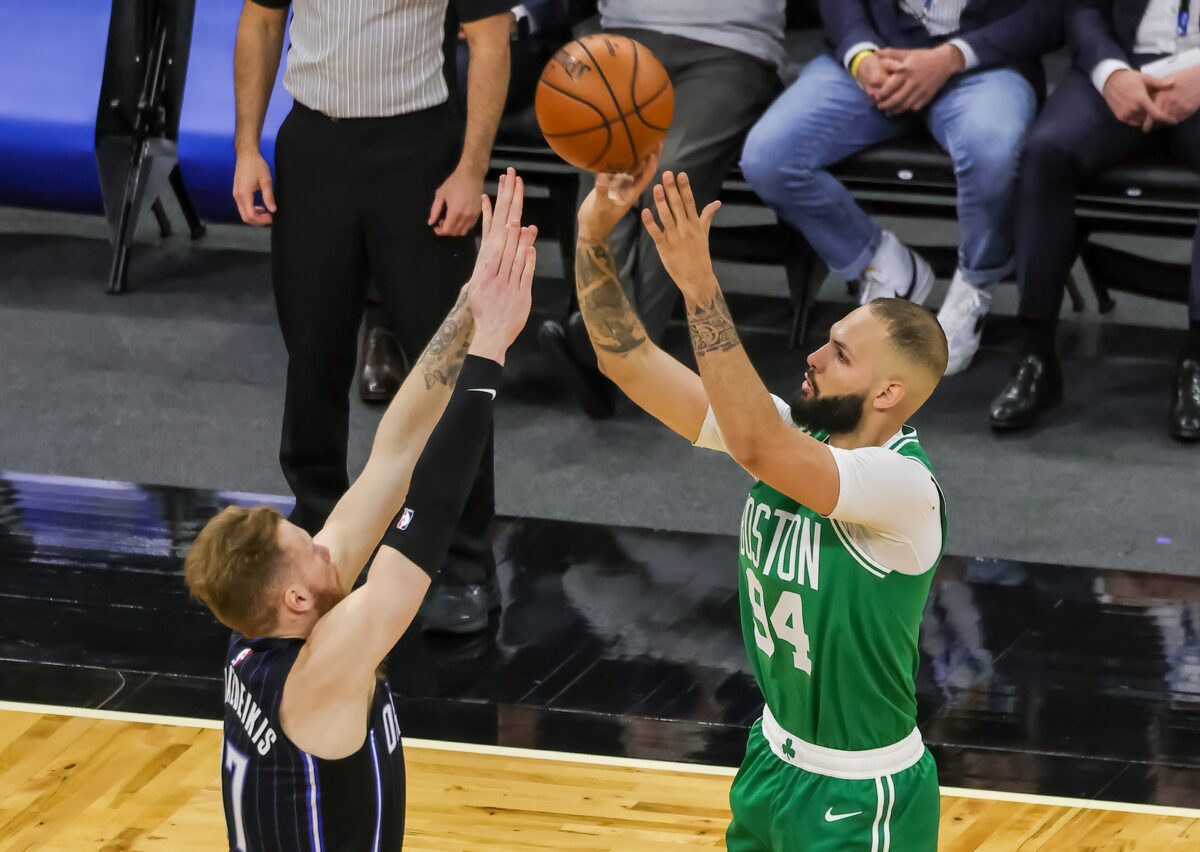 After an early exit from the 2021 NBA postseason, the Boston Celtics have several decisions to make this offseason. One of them is what to do with wing Evan Fournier.

If the front office decides to bring him back, it may have to offer a huge amount of money.

“‘He’s going to look for $15-20 million a year,’ an NBA executive estimated when speaking to HoopsHype,” wrote Michael Scotto. “‘I’m not sure where he gets that from. They’ll have to keep him since they can’t replace him. It’ll be interesting because they have never been willing to pay the tax, so getting around that will be hard for them. If they let him walk, there’s no replacement.'”

The Celtics acquired Fournier from the Orlando Magic in a midseason trade in exchange for Jeff Teague and a couple of future draft picks.

The 28-year-old Frenchman averaged 13.0 points, 3.3 rebounds and 3.1 assists per contest in 16 regular season games for the Celtics. He was also efficient from beyond the arc, posting a 46.3 percent three-point shooting clip.

In the team’s first round loss to the Brooklyn Nets, Fournier started all five matches and averaged 15.4 points, 3.6 rebounds and 1.4 assists per game.