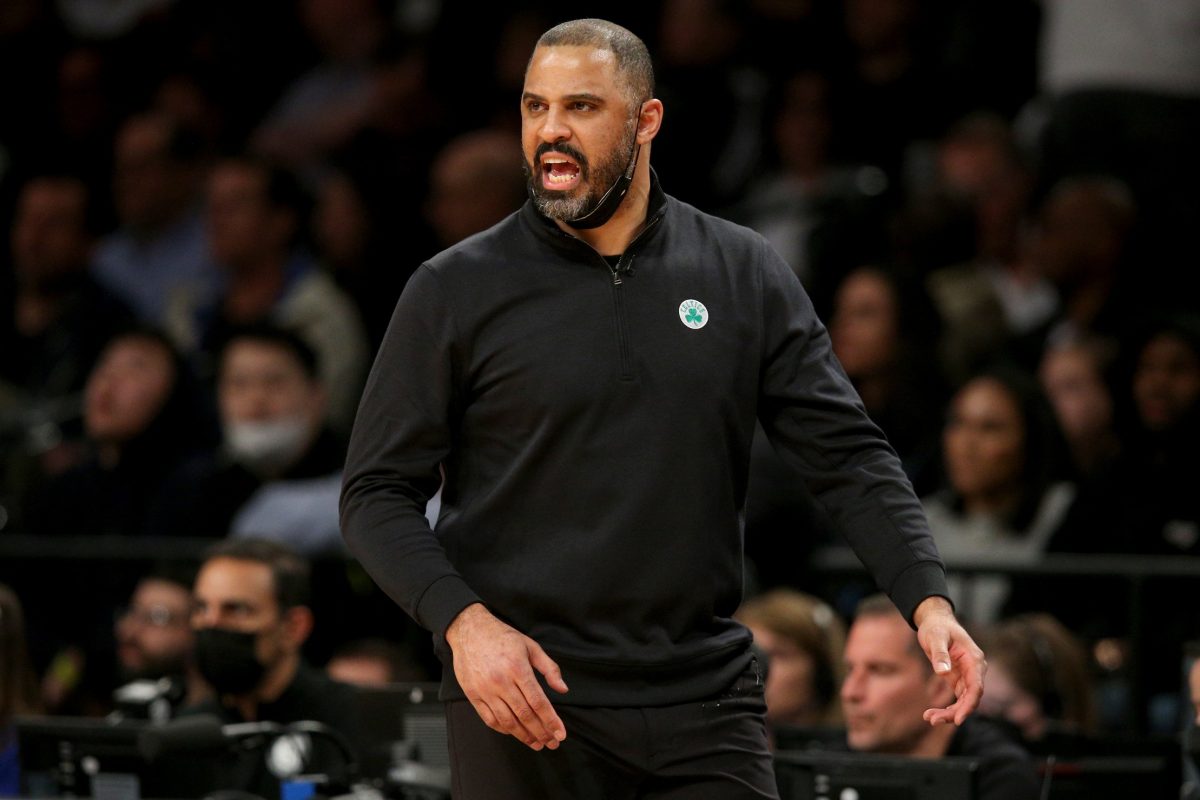 The Boston Celtics have suspended head coach Ime Udoka for the entire 2022-23 season after he violated team policies while having an intimate relationship with a female member of the organization.

According to The Athletic’s Sham Charania, the relationship was believed to be consensual, but Udoka was recently accused of making “unwanted comments” towards the female staffer.

“Some members of the Celtics organization first became aware of the relationship in July, sources said,” Charania wrote. “At that time, team leadership was led to believe by both parties that the relationship was consensual. But sources said that the woman recently accused Udoka of making unwanted comments toward her — leading the team to launch a set of internal interviews.

“The team’s decision and announcement came after a closed-door meeting Thursday that involved team owners and president Brad Stevens and lasted several hours, sources said. Earlier Thursday, Stevens and members of the Celtics front office met with players at the team facility.”

It’s unclear what the future will hold for Udoka in Boston, but the team reportedly has made assistant coach Joe Mazzulla the team’s interim head coach.

“I want to apologize to our players, fans, the entire Celtics organization, and my family for letting them down,” Udoka said in a statement Thursday night. “I am sorry for putting the team in this difficult situation, and I accept the team’s decision. Out of respect for everyone involved, I will have no further comment.”

The Celtics thrived under Udoka in his first season as the team’s head coach. During the 2021-22 campaign, Udoka helped guide Boston to the No. 2 seed in the Eastern Conference. From there, the Celtics went on an impressive playoff run, knocking off the Brooklyn Nets, Milwaukee Bucks and Miami Heat on their way to the NBA Finals.

Boston would eventually come up short in the NBA Finals, losing to the Golden State Warriors in six games, but there is no doubt Udoka’s first season with the team was a success.

However, his actions off the court clearly forced the team into a tough decision after it appears he made the female member of the organization uncomfortable with his comments.

Now, the Celtics will proceed with Mazzulla leading the charge in the 2022-23 season. It will be interesting to see if Udoka is welcomed back into the organization following the 2022-23 campaign, or if he will find himself looking to coach elsewhere.