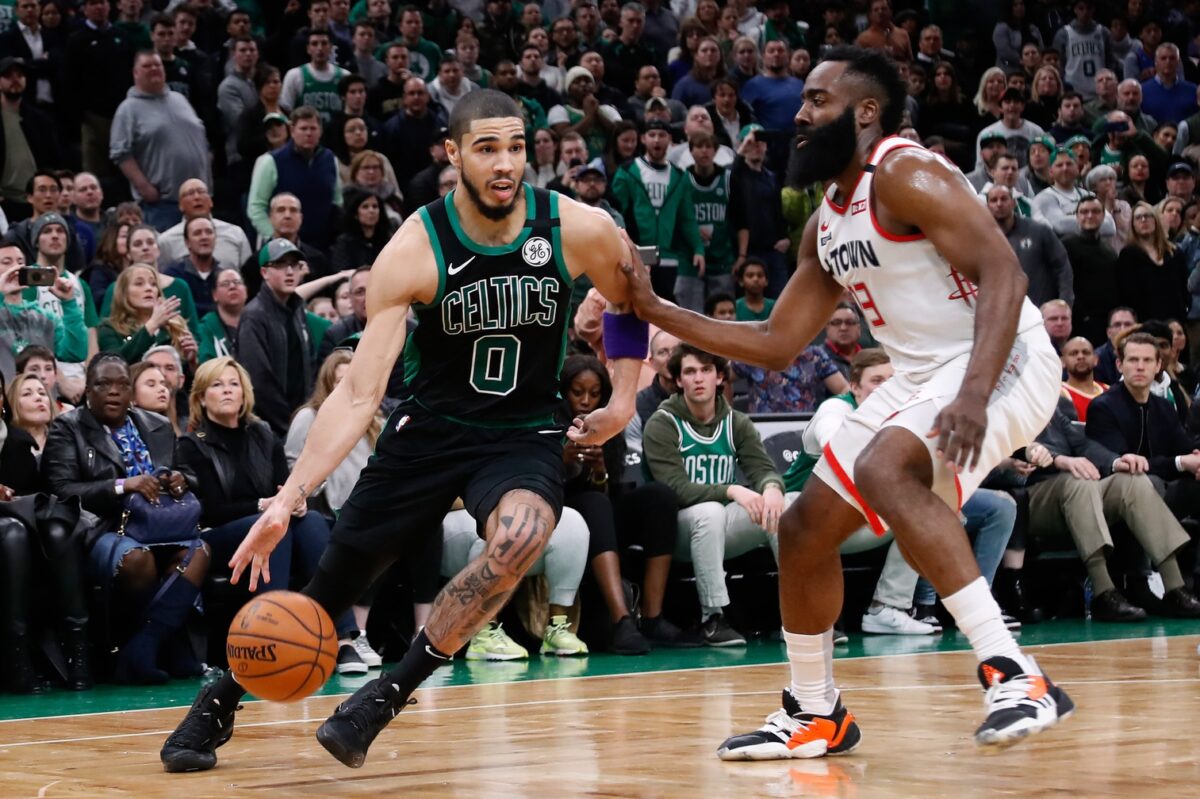 The Boston Celtics are searching for upgrades at the wing position after losing Gordon Hayward in free agency.

According to The Ringer’s Kevin O’Connor, multiple executives believe that the Celtics are “up to something” as the NBA heads toward the trade deadline.

“Late Saturday evening, I received a flurry of texts from multiple executives around the league who said the Celtics were up to something,” O’Connor wrote. “What they’re up to is unclear, but league sources have long said Boston is searching for upgrades to bolster its wing and big man position.”

The Celtics have a hefty traded player exception from their sign-and-trade deal of Hayward this past offseason that could help them facilitate a deal.

Boston is looking to make another run in the playoffs after it was knocked out by the Miami Heat in the Eastern Conference Finals last season.

Jayson Tatum and Jaylen Brown are two elite-level players, but the Celtics are missing a solid bench piece or fourth option as a scorer.

So far this season, the Celtics are just 12-10. If they want to make it back to the Eastern Conference Finals, a trade may be necessary to bolster the roster.

In this article:Boston Celtics, featured