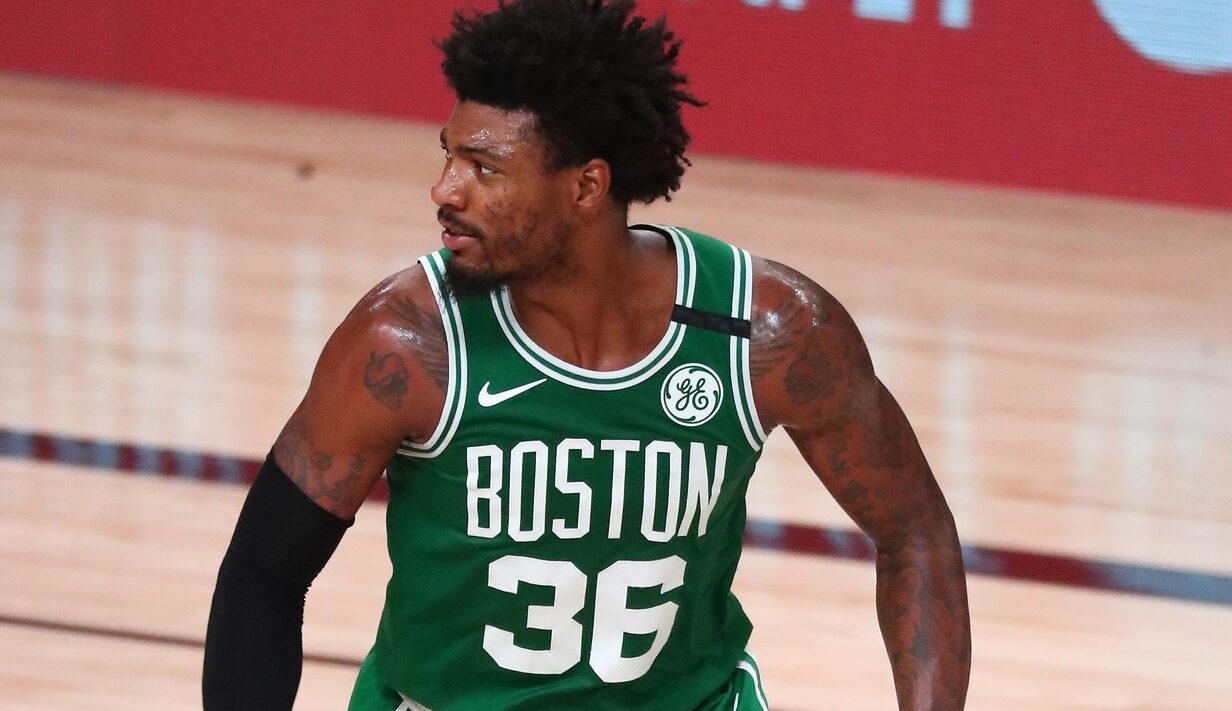 After a disappointing season, the Boston Celtics may look to revamp their roster in hopes of a return to title contention in the 2021-22 NBA season.

Michael Scotto of HoopsHype.com discussed with a handful of NBA executives the state of the Celtics. It appears there is quite a bit of confidence that the Celtics will ultimately trade Marcus Smart.

“With young star Jayson Tatum locked into a long-term deal and Jaylen Brown solidifying himself as an All-Star this season, the Celtics are unlikely to part with either franchise building block leaving Marcus Smart as the team’s most tradeable asset according to NBA executives,” wrote Scotto.

“‘I think they’ll trade Smart this summer if I had to guess,’ an NBA executive told HoopsHype. ‘Retool around Tatum and Brown if they can get real value for Smart, but a lot up in the air there.'”

Smart was the sixth overall pick in the 2014 NBA Draft. Moreover, he was once deemed the “heart and soul” of the Celtics by former president of basketball operations Danny Ainge.