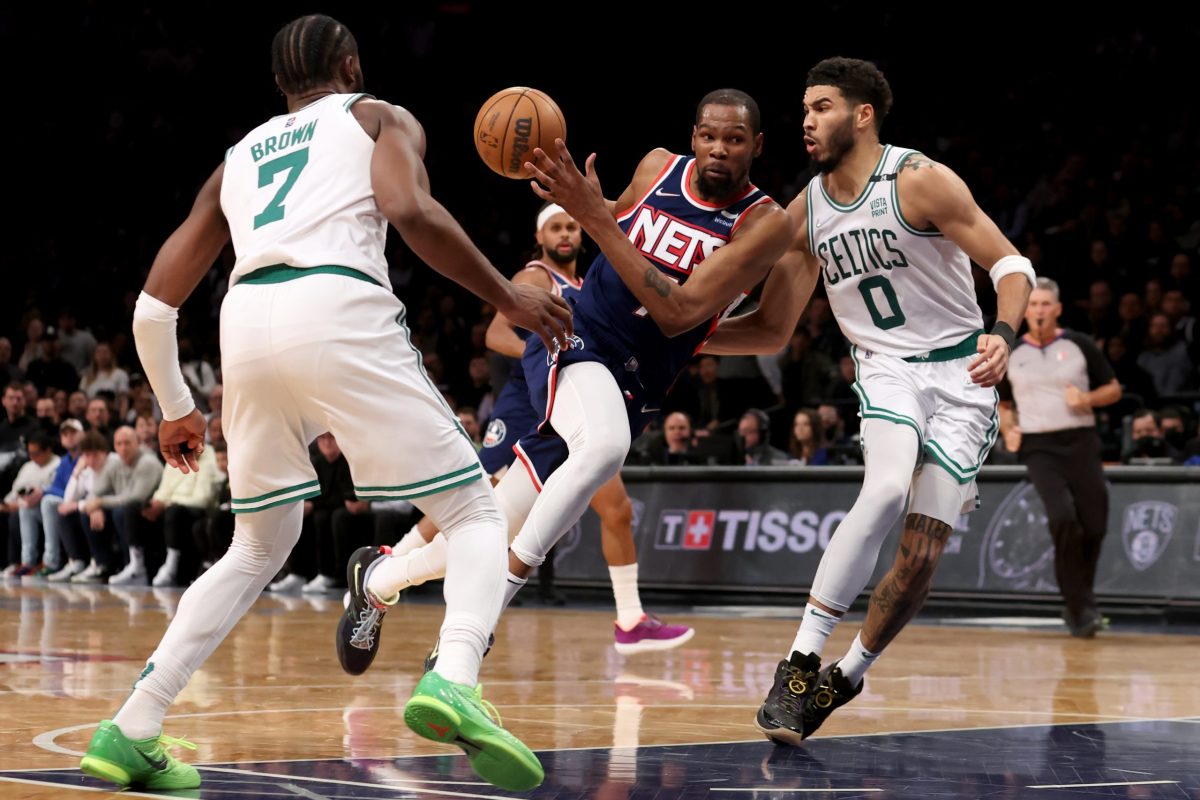 The Brooklyn Nets have been at the center of a lot of rumors so far this offseason, and many of them have had to do with disgruntled superstar Kevin Durant’s trade request.

Earlier this summer, Durant requested a trade from the team. While the market seemed hot early on, it has since dwindled to a mere ember.

A big reason for that seems to be because the Nets are asking for a monumental return in any potential deal. According to a recent report, the Nets tried to convince the Boston Celtics to trade both Jaylen Brown and Jayson Tatum away in return for Durant.

“According to the source, Brooklyn initially tried to pry both Jayson Tatum and Jaylen Brown from Boston,” Adam Himmelsbach of the Boston Globe reported. “That proposal went nowhere, of course. The source confirmed recent reports that Brooklyn later shifted its focus to a potential deal centered on Brown, Marcus Smart, and a massive haul of future first-round draft picks. But the Celtics were not interested.”

Even casual NBA fans likely know that this kind of request from the Nets is quite laughable. No matter how good Durant is, trading away two fully fledged stars, who are both quite a bit younger, in exchange for him would be a sorely misguided move for any team.

That is especially true considering the fact that Brown and Tatum were a big part of the reason why the Celtics were able to bully Durant and the Nets on their way to a four-game sweep in the first round of the 2022 NBA Playoffs.

Moreover, Tatum seems to be well on his way to becoming one of the best players in the league. Though he may never reach Durant’s peak, Tatum did seem to prove last season that he has what it takes to be the best player on a championship-winning team.

For now, the trade market for Durant seems to be at a standstill. As long as the Nets maintain their incredibly high asking price, things will probably remain the same.