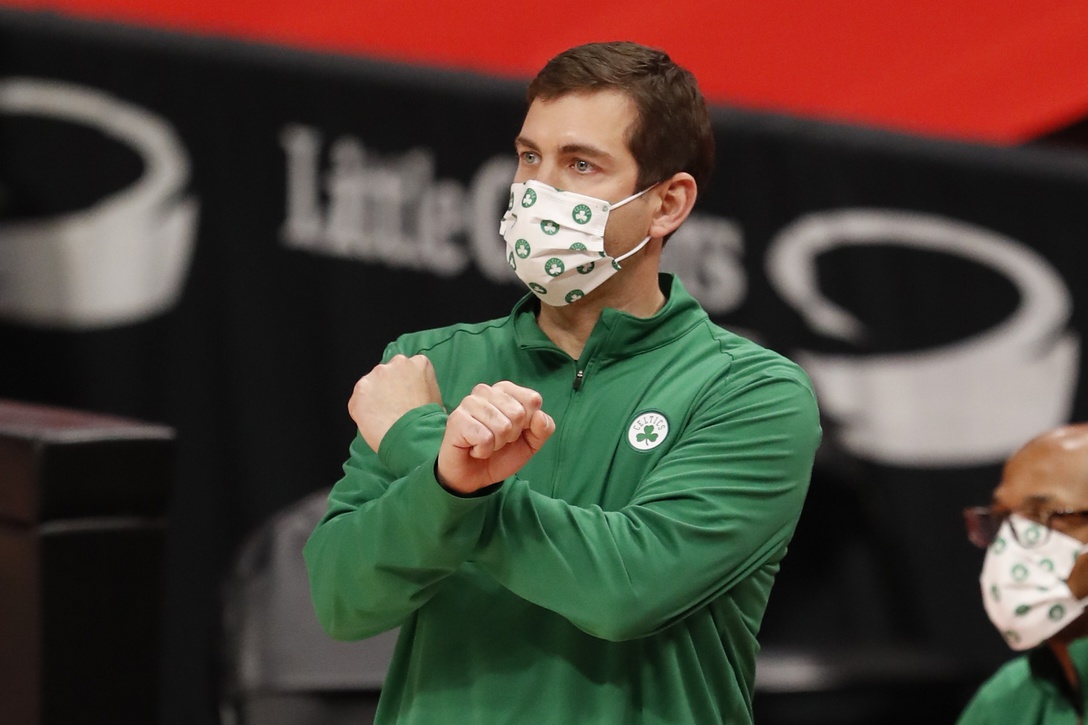 According to a recent report, several players on the Boston Celtics welcomed a coaching change after the 2020-21 season, and former head coach Brad Stevens’ relationship with veteran Marcus Smart may have had something to do with it.

“At season’s end, multiple sources close to the players said several members of the locker room were welcoming a coaching change, noting Stevens did not appear to hold key players accountable, with complaints he was favoring Smart over others,” wrote Jared Weiss of The Athletic. “The common refrain was that the team should hire a person of color with NBA playing experience to coach, something Stevens seems to be addressing with Chauncey Billups, Ime Udoka and Darvin Ham getting second interviews, as first reported by ESPN.”

Stevens, who was the team’s head coach for eight seasons including the 2020-21 campaign, recently transitioned into a new role as the organization’s president of basketball operations. He replaced Danny Ainge, who stepped down from the same position.

Smart has been regarded as the heart and soul of the Celtics, but it would be very reasonable for other players to grow frustrated if Stevens did in fact favor Smart in the locker room.

Despite many fans thinking the team was talented enough to make a return trip to the Eastern Conference Finals, the Celtics struggled to a 36-36 record in the regular season before losing to the Brooklyn Nets in the first round of the 2021 NBA Playoffs.