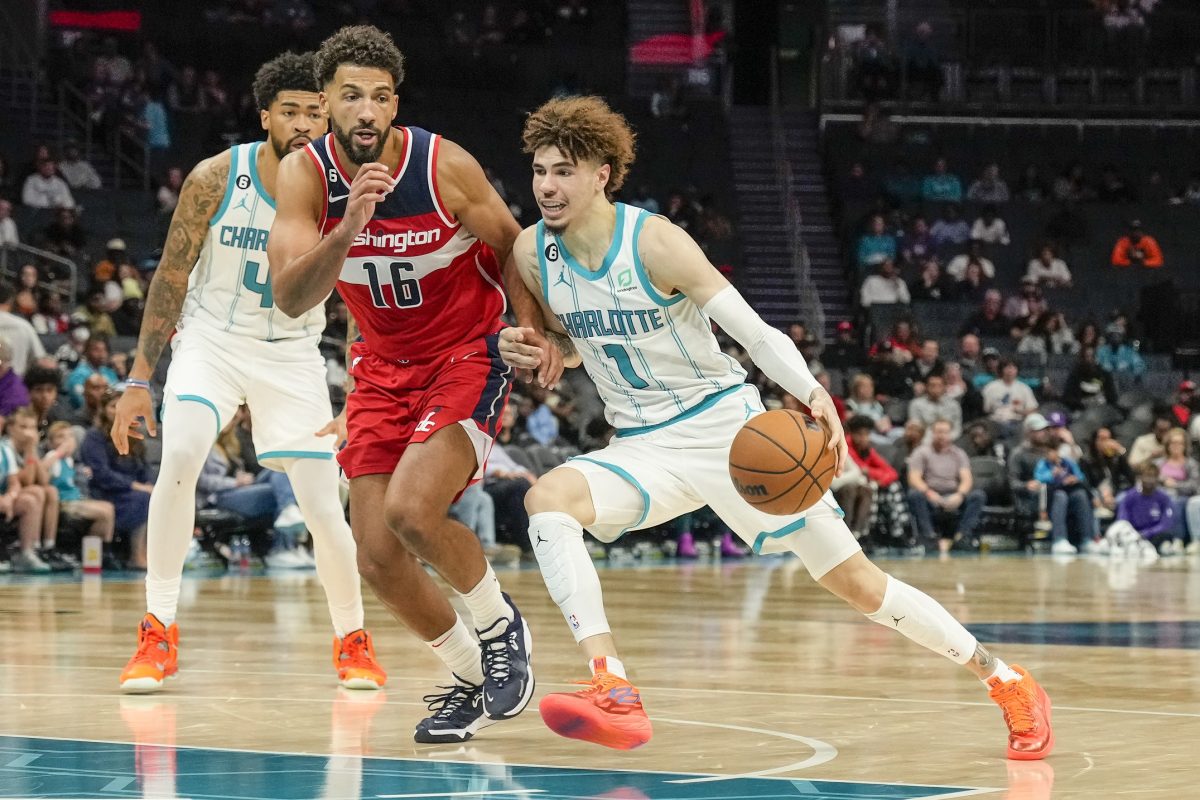 After the Charlotte Hornets finished with a 43-39 record and reached the play-in tournament last season, there has been hope that they could be poised for some measurable improvement this year.

They have a young and somewhat exciting roster that is headlined by LaMelo Ball. However, one anonymous NBA player threw some major shade at not just the Hornets, but more specifically Ball himself.

“That team is trash because LaMelo is trash.”

Ball has been considered a rising young star by many around the league. He won the Rookie of the Year award in the 2020-21 season, and last year he put up 20.1 points, 6.7 rebounds and 7.6 assists per game while making his first All-Star team.

As a 6-foot-7 guard, he also has lots of defensive potential, and he improved his outside shooting last season by hitting 38.9 percent from 3-point range.

However, he and his team have been struggling during the exhibition season.

The Hornets are 0-5 in the preseason, and they have had trouble scoring, as they have failed to reach 110 points in any of their contests, and in three games, they didn’t even get to the century mark.

Last season, they averaged 115.3 points per game, which was fourth in the NBA, and they were also sixth in pace and ninth in offensive rating.

Ball has shot under 40 percent in each exhibition game he has appeared in. He missed Charlotte’s most recent contest, a 99-94 loss to the Philadelphia 76ers on Wednesday, with a sprained ankle.

But the team has bigger problems than Ball struggling.

Forward Miles Bridges, one of its most promising young players, is facing felony domestic violence charges in California following an arrest early in the summer. The Hornets and Bridges let his qualifying offer expire, and he remains a restricted free agent as of this writing.

As he is facing some serious prison time, it may not be wise for them to invest in him.

Unless Bridges is found not guilty and returns to the team, the Hornets could regress this season, even if Ball takes another step forward.