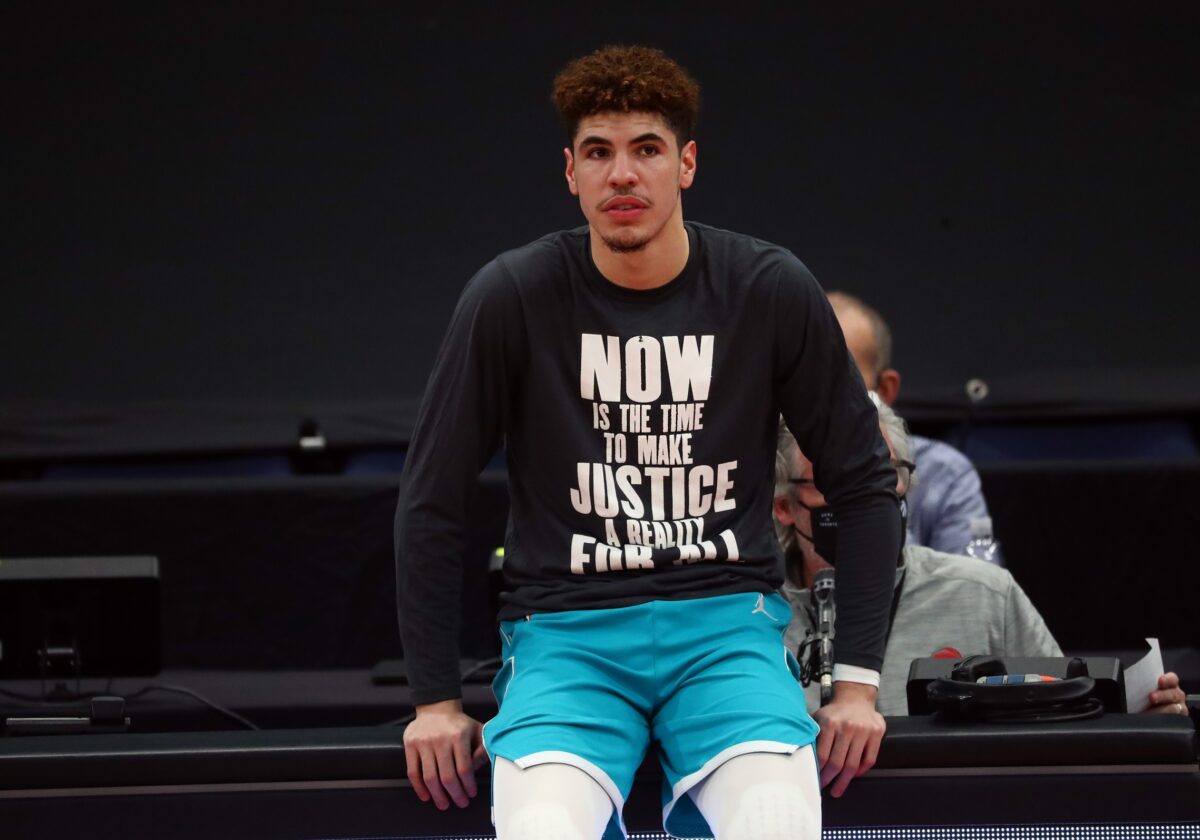 Charlotte Hornets rookie guard LaMelo Ball has had an impressive start to his first season in the NBA.

The Hornets are just 6-9 on the season, but Ball has shown that he has the potential to be a very good player for the Hornets.

However, Ball’s father LaVar is not happy with his son’s role in Charlotte.

“My thing is he ain’t happy with that, but he ain’t go show that,” the elder Ball told TMZ. “If I train you to be the best and always been starting all your life — here is what they don’t get. My boys are not freakin’ role players! They superstars! Let them do what they do!”

The Hornets selected the younger Ball with the No. 3 pick in the 2020 NBA Draft.

He has been coming off the bench this season behind Devonte’ Graham and Terry Rozier, but the younger Ball is still playing 24.6 minutes per game.

The elder Ball is known for being outspoken in his support of his sons, but he may be going a little too far with this.

The Hornets aren’t burying the younger Ball on the bench, but they are making him earn a starting role as a rookie.

So far, the younger Ball is averaging 11.5 points, 6.4 rebounds and 5.9 assists per game. He is clearly a huge part of Charlotte’s future and will likely crack the starting rotation sooner rather than later.