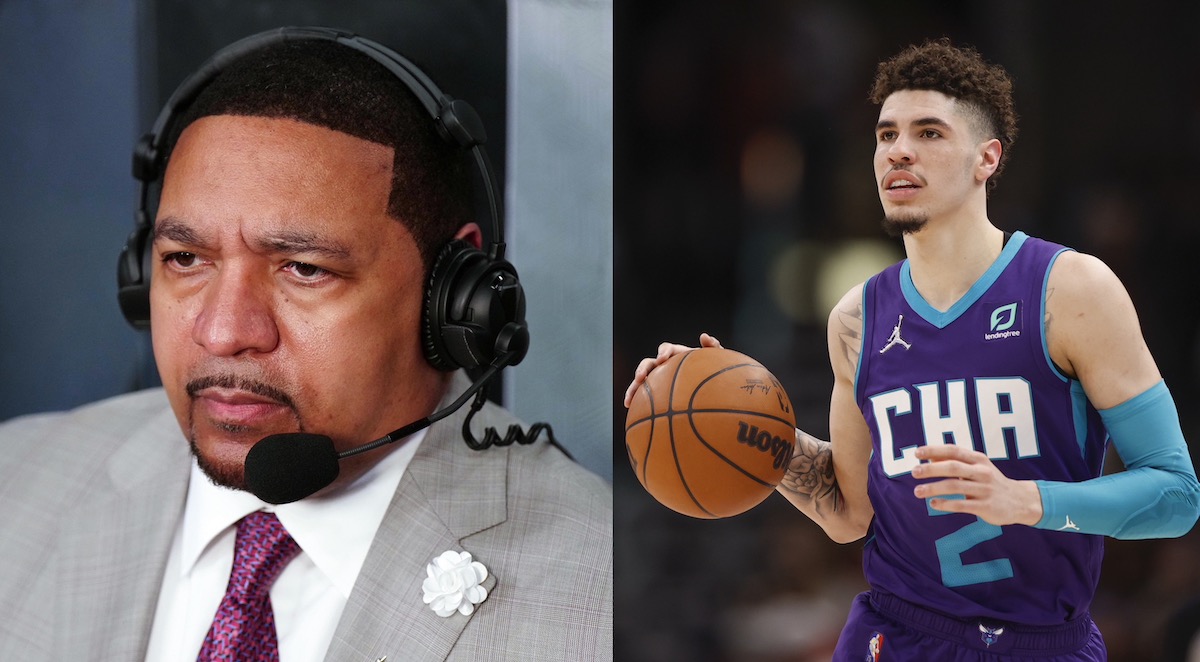 The Charlotte Hornets struck out in the play-in tournament in the Eastern Conference this season despite having one of the NBA’s best young stars in LaMelo Ball.

As a result, former Hornets head coach James Borrego was fired back on April 22. As is the case with all NBA head coaching vacancies, rumors have already popped up about who could be the new skipper in Charlotte. According to one report from Bleacher Report’s Jack Fischer, Ball himself has interest in Mark Jackson filling the void.

“Jackson is popular among many active players, perhaps because of his visibility as a color commentator for ESPN or his status as a former All-Star and the 1987-88 Rookie of the Year,” Fischer wrote. “LeBron James is known to have interest in Jackson for the Los Angeles Lakers’ opening, as does LaMelo Ball with the Charlotte Hornets’ vacancy, sources said.”

Based on the report, it seems like it’s only a matter of time before Jackson takes a job somewhere in the NBA, as long as he wants one.

There’s no doubt that coaching the Hornets would be an enticing opportunity for any coaching candidate. In addition to Ball, the Hornets have a solid core of young ballers who are sure to only get better with time.

Moreover, the franchise has enjoyed such little success over the years that any coach who potentially reverses that trend would likely become a legend in the eyes of the team’s fans.

So, while the vast majority of the NBA world has its collective eyes fixed on the 2022 NBA Playoffs, it is clear that Ball is already looking toward getting back on the court next season. Whether or not he does so with Jackson calling plays for his team remains to be seen.