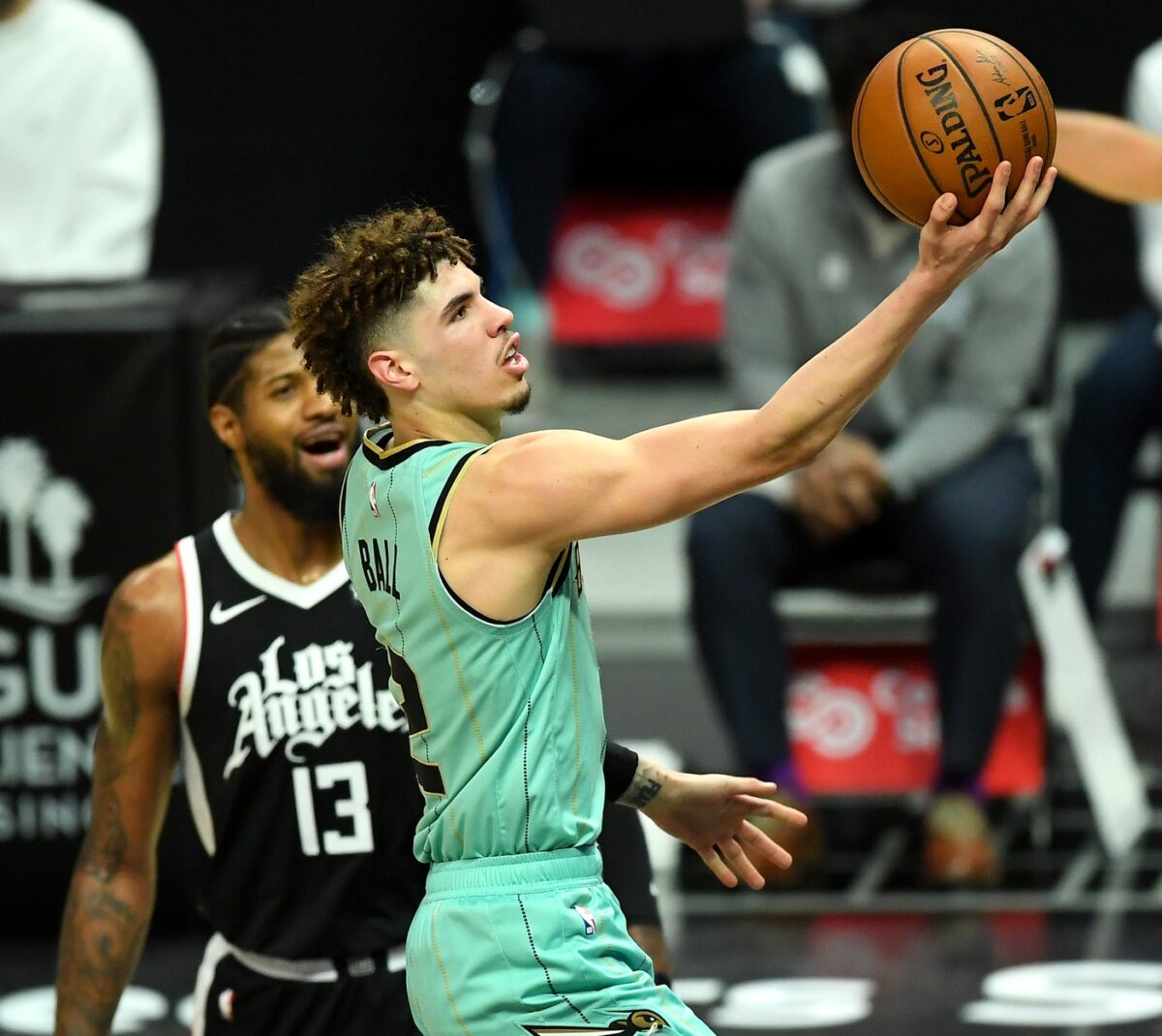 Charlotte Hornets prized rookie LaMelo Ball will miss much of his first NBA season due to injury, but that doesn’t mean that his chances of winning the Rookie of the Year award have been dashed.

In fact, according to a recent poll, Ball is still seen as the frontrunner for the award.

“[Rick] Bonnell asked 12 media panelists who had ROY votes last season to cast a hypothetical 1-2-3 ballot,” Steve Aschburner of NBA.com wrote. “Based on the NBA’s points system attached to the ballots, his findings were:

There’s no doubt that Ball flashed superstar potential before he went down with a broken wrist in March. In the 41 games he has played in this season, Ball has averaged 15.9 points, 6.1 assists and 5.9 rebounds per game.

He also helped make the Hornets appear to be legitimate playoff contenders. Despite his absence over the last few weeks, the Hornets still sit at the No. 7 seed with a 27-26 record.

With just over one month left to go before the end of the 2020-21 regular season, it will be interesting to see if the other impressive rookies will be able to make a better case for the award than Ball already has.