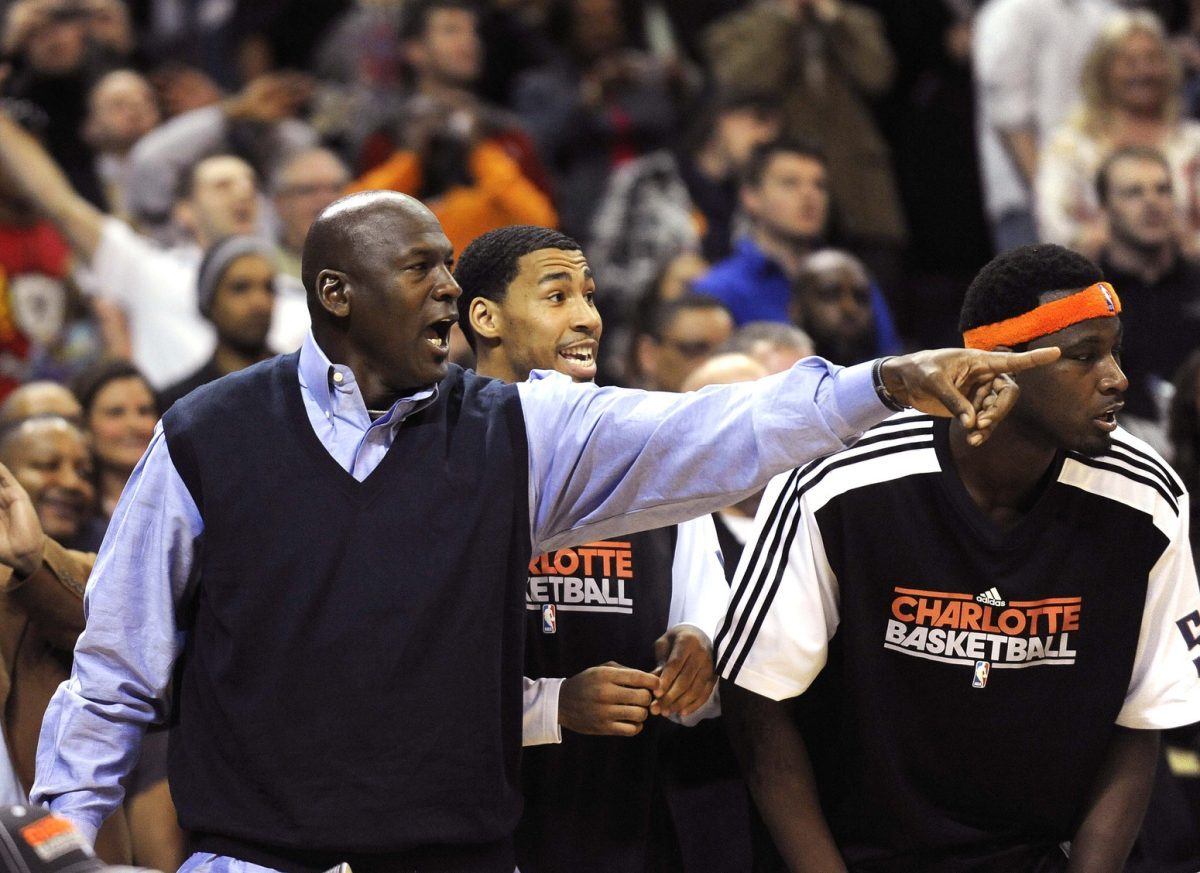 Former NBA journeyman Stephen Jackson recently told a wild story about a stunt Michael Jordan pulled in 2010 as an owner of the Charlotte Bobcats, who are today known as the Charlotte Hornets.

Jackson explained that Jordan, who had already been out of the NBA for many years, was so frustrated with the Bobcats that he suited up with the second team during a practice.

The craziest part is that Jordan led the second team to a win over Charlotte’s first team.

“When I first got there, it was kinda rocky,” Jackson said. “I just got traded. So, we got our a– beat by somebody, and he came in the locker room after the game just going off on us, like, ‘We need to get our s— together,’ right? I made some little comment or something like that. He ain’t say nothing. So, he came to practice the next day, back on that s—. ‘Y’all think y’all did something?’ He started talking about all his accolades. ‘Take my shoes off.’ He wasn’t just talking to me, he was talking — because everybody had his shoes on. … Just going off on us right to the point where he gets on the second team in practice, and we lose! … This was in 2010.”

Jackson continued and explained that the whole situation added to Jordan’s case as the G.O.A.T. or greatest of all time.

“Whatever he had on, he came out there, pushed against whoever Gerald Wallace was guarding at 3 guard, kicked him out and got in that spot, played with the second team,” he said. “… He scored a couple points and to the point where he talked so much s— afterwards, he grabbed the ball and went — dunked one on the way out. … This what I told myself. You can ask my pops, when I got home, ‘That’s why he the G.O.A.T.'”

He added that the team went on a run and made the playoffs after Jordan pulled the stunt. It’s a crazy story, and it makes it clear that retirement didn’t do anything to diminish Jordan’s competitive spirit.

Jackson spent about two seasons with Charlotte. During his stint with the organization, he averaged 19.8 points, 4.8 rebounds and 3.6 assists per game while shooting 41.8 percent from the field and 33.6 percent from beyond the arc.

The franchise is still searching for its first NBA title. Jackson, however, is a one-time champion himself, as he earned a ring in the 2002-03 season with the San Antonio Spurs.

It’ll be interesting to see if Jordan addresses Jackson’s story, but that doesn’t seem too likely. There’s a sort of mysterious intrigue that follows Jordan around, and he probably wants to keep it that way.

One can only wonder if the Hall of Famer still uses similar tactics to motivate today’s Hornets. Charlotte is just 7-20 this season, which is the second-worst record in the Eastern Conference.