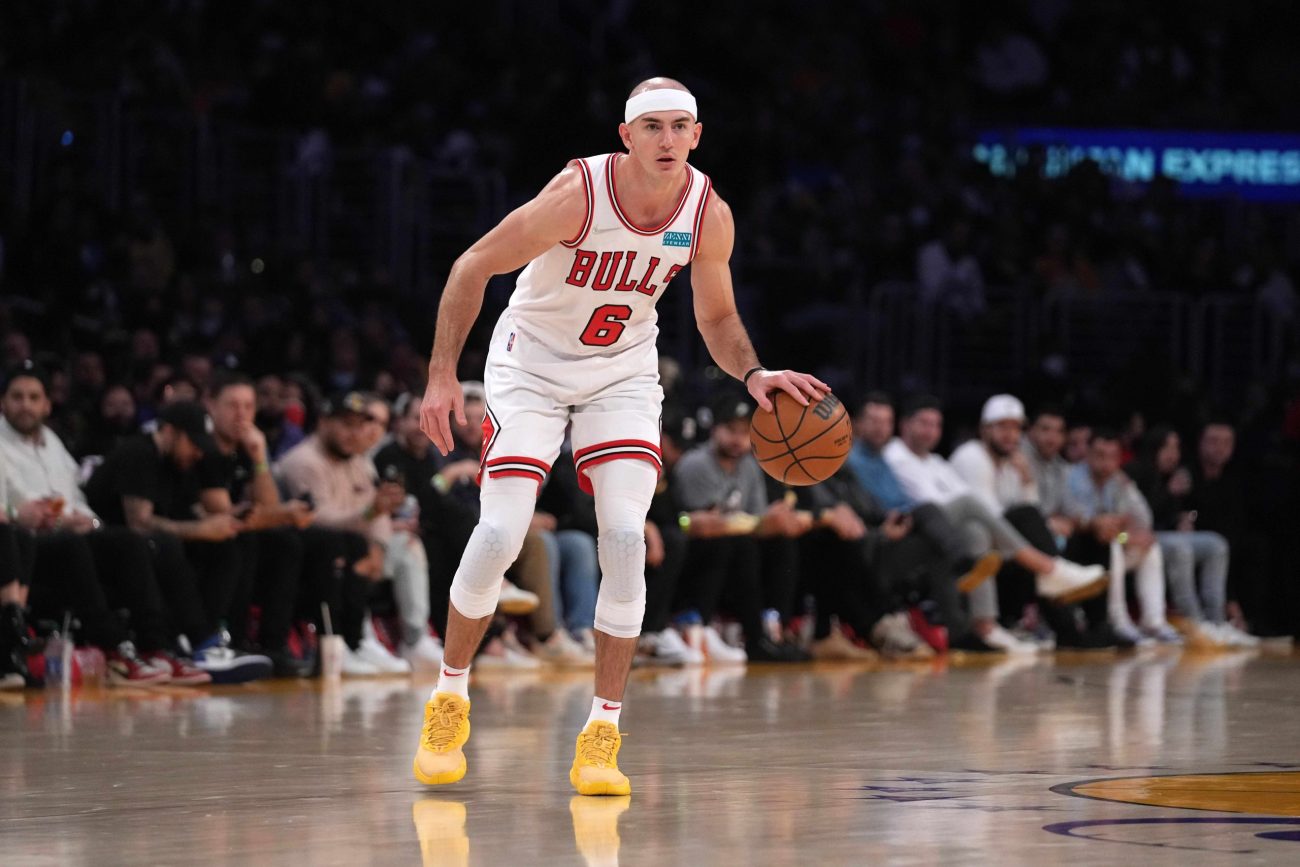 NBA guard Alex Caruso is in his first season with the Chicago Bulls, and he’s proving to be a very valuable part of the team’s formula to success.

He recently offered some insight into where he finds his motivation. The 27-year-old explained that he’s constantly trying to prove himself after every team in the league thought he “wasn’t good enough to play in the NBA.”

“Thirty-two teams thought I wasn’t good enough to play in the NBA,” Caruso told FOX Sports. “That’s something I’ve just carried with me every game that I play. I try to go out there and prove that I’m supposed to be there.”

Caruso seems to be referencing the fact that he went undrafted out of college. That certainly seems like sufficient motivation for a player to want to prove the doubters wrong.

The 2020 NBA champ is making a big impact in the 2021-22 campaign with Chicago, although it doesn’t always show up in the box score. He’s averaging just 7.5 points, 3.3 rebounds and 3.9 assists per contest over 14 games so far this season, but he has added an immeasurable amount of value with his hustle plays.

Caruso’s hustle helped the Los Angeles Lakers win the NBA title in the 2019-20 campaign. He’d surely love to win another ring this season, and with the way the Bulls are playing so far, Chicago might end up being a factor in the title race.

The Bulls are 10-4 through 14 games and are hanging around near the top of the Eastern Conference standings. The team will be back in action on Wednesday for a matchup with the Portland Trail Blazers.