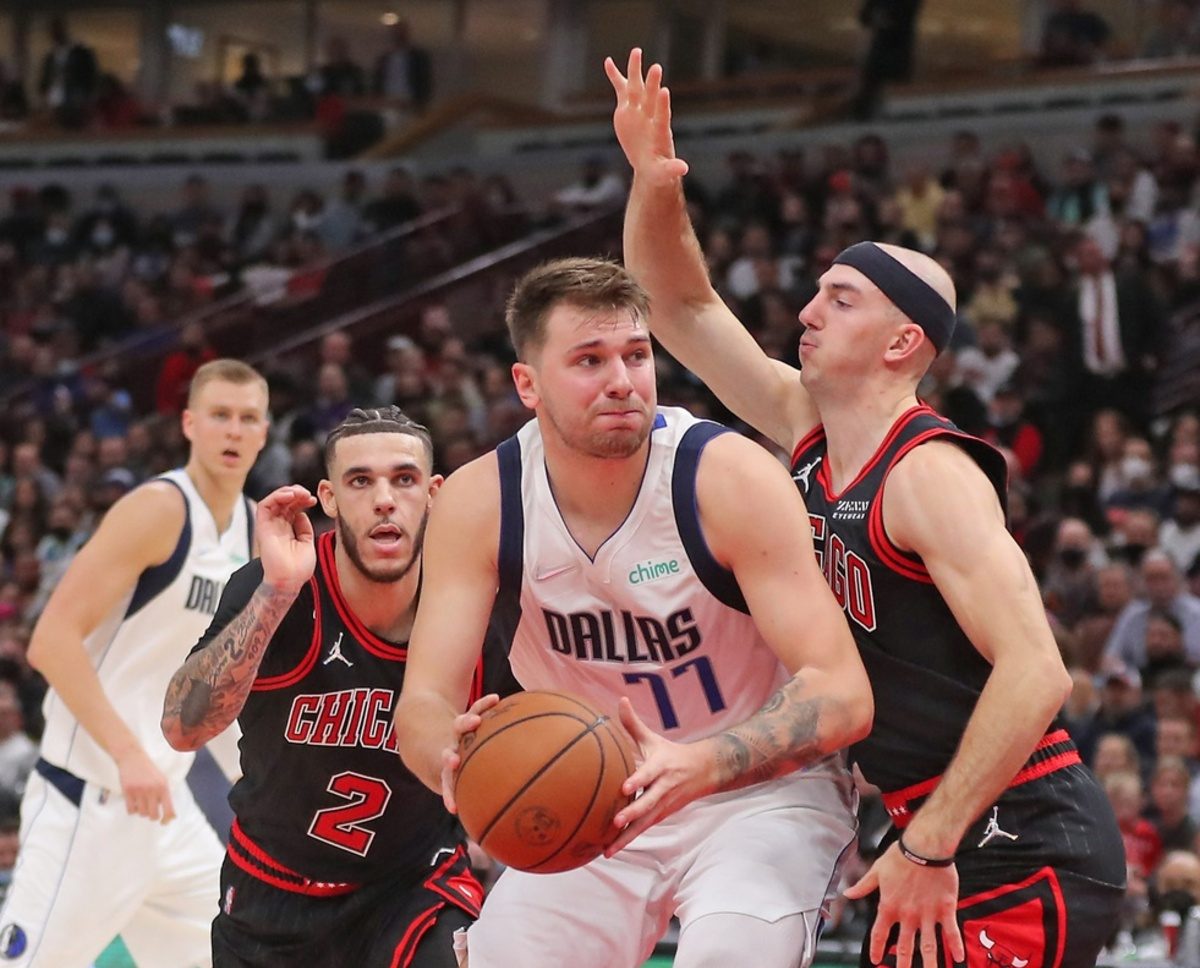 Last season, the Chicago Bulls were seen as one of the better teams in the NBA to start out the campaign.

Thanks to the additions of players like Alex Caruso, Lonzo Ball and DeMar DeRozan, the team seemed like it was heading toward becoming a real force in the 2022 NBA Playoffs. However, injuries piled on for the Bulls in the second half of the season, and they ended up winning just seven games from Feb. 26 to April 10.

Though they did ultimately reach the playoffs, they got bounced in the first round by the then-defending champion Milwaukee Bucks.

Now, with the 2022-23 season quickly approaching, Caruso is looking at the success that he and Ball had together prior to the injuries as a way to predict success looking forward.

“He’s gotten better every year; he was having another career year last year,” Caruso told ESPN earlier this month. “Shooting was lights out, the usage was up, assist percentage was up. Defensively, me and him went like top 5-10 guards in the league, on ball defense.

“We were that team last year [that couldn’t stay healthy]. After maybe November, I don’t think we had a full team, even through the playoffs. [Ball] is a worker, so he’ll come back ready.”

When it comes to Ball, there is a lot of concern surrounding a knee injury that he simply can’t seem to move past. It’s been eight months since Ball first started dealing with a bone bruise to his knee, and it is currently looking like he won’t be ready for the start of the season.

As for the latest news, there is reportedly confidence that the knee is structurally sound following surgery to repair a torn meniscus, but Ball is still dealing with pain in the knee.

He is not expected to be able to take part when the team begins training camp later in September.

Surely, the Bulls are hoping that Ball stops dealing with pain so that he can return to being the impressive player he was for the Bulls prior to the injury. He averaged 13.0 points, 5.4 rebounds and 5.1 assists per game last season, but played in just 35 games.

Only time will tell if he can improve upon that game total in the upcoming season. At the moment, the possibility of that happening seems murky at best.