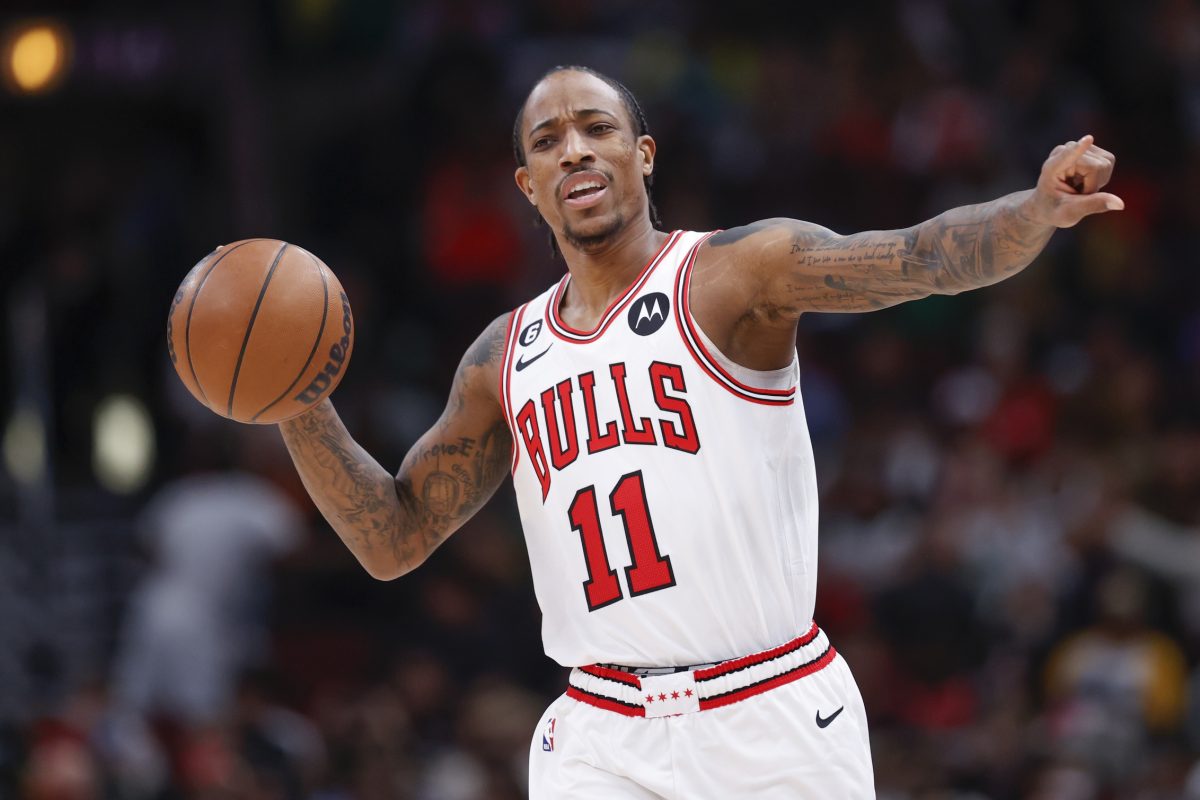 Despite being a five-time All-Star and three-time All-NBA player, Chicago Bulls star DeMar DeRozan has caught a lot of doubt throughout his career. Most recently, he caught some flack from former NBA player Chandler Parsons.

Parsons not only said that DeRozan isn’t a top 15 player, but he also said that the 33-year-old should be ranked somewhere between the top 30 and 40.

“I think he’s more in the 30 to 40 range…”@ChandlerParsons is not buying DeMar DeRozan to be a top 15 player in the #NBA on #RunItBack with @MichelleDBeadle @bansky pic.twitter.com/vSjRsOxCaE

“I think he’s more in the 30 to 40 range,” he said. “And that’s not even a knock on DeMar. I think the league is just so talented now, and there’s a lot of guys that I would personally rank higher than him, but yeah, he’s a bucket.”

Clearly, Parsons isn’t trying to question DeRozan’s skill or ability, but it is still a bit disrespectful to put 30 or so guys ahead of him.

After all, DeRozan is widely considered to be one of the best midrange shooters in the NBA today. While that skill has certainly dipped in value in the current era of the league, he is still an incredibly effective player and teammate.

Last season, he even got some MVP attention early in the campaign before the Bulls fell off severely due to numerous injuries.

This season, he’s once again playing at an incredibly high level, averaging 26.2 points, 4.2 rebounds and 4.6 assists per game. He’s currently sitting at the No. 12 position when it comes to players scoring the most points per game this season.

It’s not only the volume for DeRozan, either. His efficiency is elite, as he is currently hitting 51.4 percent of his shots from the field.

Given all that information, it’s pretty confounding that Parsons has him rated so lowly.

As for Parsons himself, his NBA career never really saw him get anywhere near the heights that DeRozan has enjoyed. He was known as a solid all-around player and averaged 12.7 points, 4.5 rebounds and 2.7 assists per game during his time in the league.

His career lasted only nine years. The four-year, $94 million deal he signed with the Memphis Grizzlies in 2016 is widely considered to be one of the worst contracts in recent NBA history.

When it comes to DeRozan, he has dealt with doubt and disrespect for much of his NBA career. By this point, he certainly knows how to handle these kinds of conversations well.

In fact, this discussion likely won’t even be a blip on his radar.