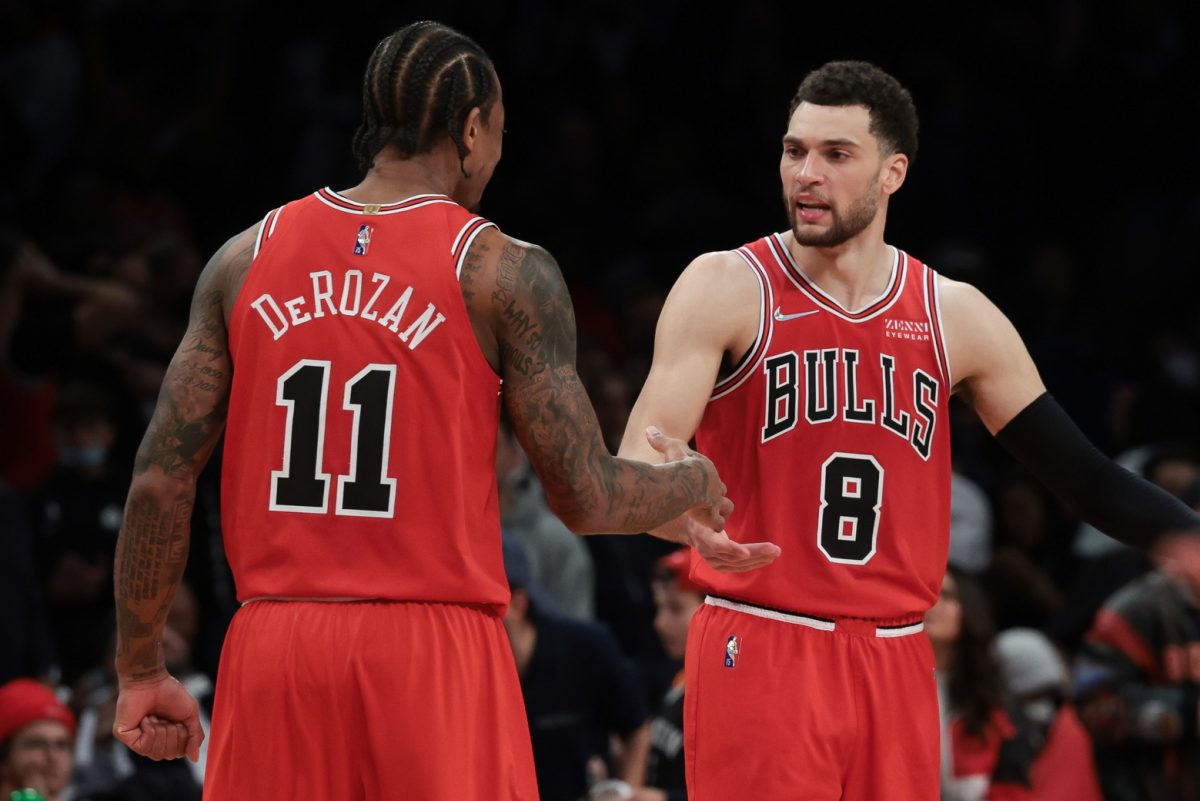 The Chicago Bulls have had a rough start to the 2022-23 campaign. They are just 9-13 despite having several talented players on their roster.

As such, it would make sense for the team to test the trade market for some of its players and see what it could net in return. However, the front office has reportedly made DeMar DeRozan and Zach LaVine unavailable in trade talks.

“The [Miami] Heat and Bulls are in a similar predicament, laden with expensive rosters and high expectations and currently on course to miss the postseason,” wrote Ric Bucher of Fox Sports. “But with stars that league sources say they’ve deemed untouchable — Jimmy Butler and Bam Adebayo for the Heat, Zach LaVine and DeMar DeRozan for the Bulls — and role players with outsized contracts — Duncan Robinson and Tyler Herro for the Heat, Lonzo Ball and Nikola Vucevic for the Bulls — their flexibility to make a meaningful addition appears limited. One league source said the Heat are willing to move Kyle Lowry, but at 37, and with another year left on a three-year $85 million deal, it’s hard to identify a team that would take him on and provide the Heat with an upgrade.”

DeRozan and LaVine were key to the Bulls’ relatively successful campaign last season. They finished the regular season with a 46-36 record, giving them an outright berth to the playoffs with the No. 6 seed in the Eastern Conference. Unfortunately, Chicago did not advance past the first round as it lost to the Milwaukee Bucks in five games.

DeRozan, who was playing in his first season in a Bulls uniform in the 2021-22 campaign, experienced a career resurgence. After averaging 21.6 points per game during the previous three seasons as a member of the San Antonio Spurs, the five-time All-Star put up a career-high 27.9 points per contest for Chicago last season.

As for LaVine, he was his usual stellar self in the 2021-22 regular season. He posted 24.4 points per game and displayed an ability to coexist with another high-scoring wing player.

But this season, the chemistry the team previously displayed has been often missing. Only time will tell if it can bounce back and salvage what’s left of the season.

Currently, FiveThirtyEight pegs Chicago’s chances of making the playoffs this season at 35 percent. If the team wants the odds to rise, then some changes perhaps have to be made.

The franchise could certainly look for ways to improve its outside shooting. It ranks last in the league in 3-pointers attempted per game (28.8) and 28th in 3-pointers made per game (10.2). The rebounding department could also use some help as the team is grabbing just 43.1 boards per contest, which is 20th in the league.