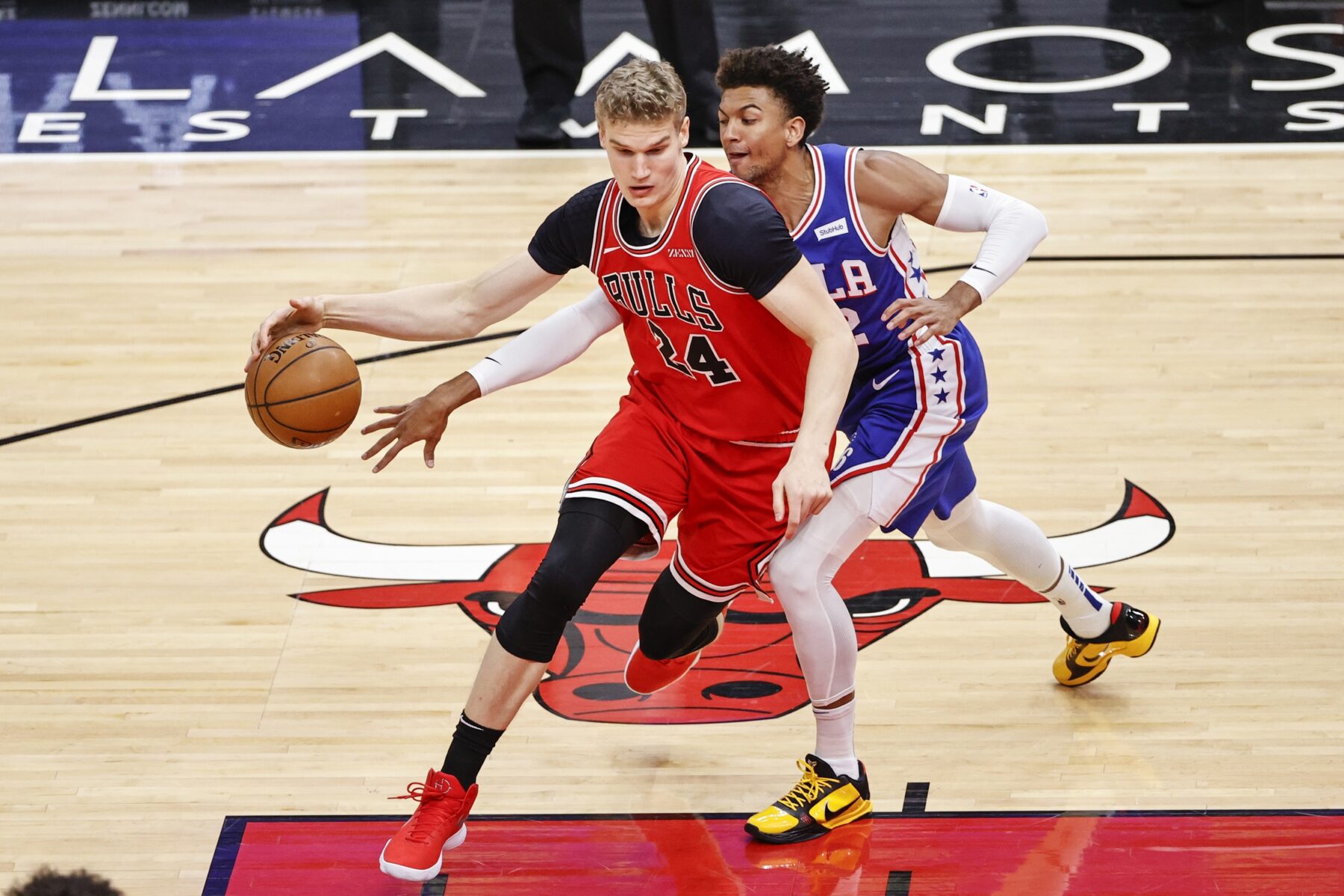 Lauri Markkanen is currently still without a permanent home as the NBA offseason continues.

Many teams around the league are reportedly showing interest in the 24-year-old, who has spent his entire NBA career with the Chicago Bulls.

“Either way, each team that has inquired about Markkanen would have to now add him via sign-and-trade, as cap space has dwindled across the league,” wrote Jake Fischer of Bleacher Report. “Dallas, New Orleans, Boston, and Minnesota have all shown interest in signing Markkanen to deals worth around $15 million in average annual value, sources said, but the Bulls are seeking a first-round pick in exchange for helping facilitate the transaction. Additionally, Chicago brass are requiring Markkanen’s new team to find a third trade partner to take on the outgoing salary needed to create space for Markkanen’s contract.”

Markkanen is coming off a season in which he averaged 13.6 points and 5.3 rebounds per game while shooting 48.0 percent from the field and 40.2 percent from beyond the arc.

He is one of the best free agents left on the board.

With the Bulls apparently being difficult to work with, it remains to be seen where Markkanen will end up playing next season.

Some around the league believe that he might have to accept a one-year qualifying offer, therefore allowing him to become an unrestricted free agent next season.

“With that, there’s a belief among many league personnel that Markkanen will ultimately be forced into accepting a one-year qualifying offer that would pay him roughly $9 million and allow him to reach unrestricted free agency next summer, just like LaVine,” wrote Fischer. “Yet, there’s also a strong sense Markkanen has no intent to return to Chicago on that structure.”

Markkanen has career averages of 15.6 points and 7.1 rebounds per game on 36.6 percent shooting from three.