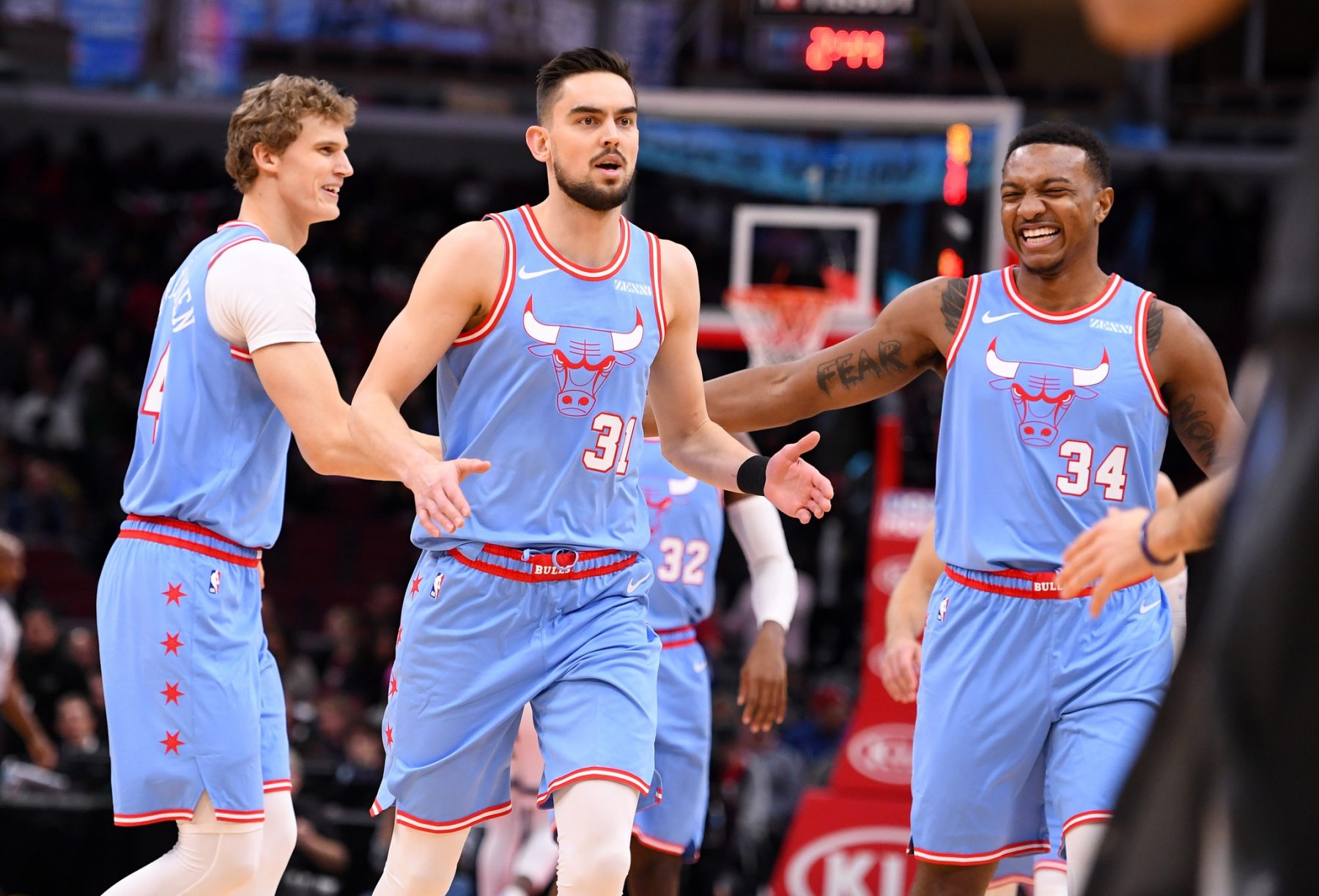 The Chicago Bulls could be on the verge of a complete overhaul, and it looks like sharks are already circling around two of their talented youngsters.

According to a recent report, teams around the NBA have already expressed interest in Lauri Markkanen and Wendell Carter Jr.

Now, new general manager Marc Eversley could look to deal players currently on the roster in order to shape the team to his choosing.

Markkanen and Carter Jr. are both highly talented and could fetch nice packages.

As for Carter Jr., he showed slight improvement since his rookie year, averaging 11.3 points and 9.4 rebounds per game in his second year in the league.

Both players could serve as nice pieces to build around in Chicago, but their days in the Windy City could be numbered.

Only time will tell whether the team’s new front office decides to deal these two youngsters in an attempt to build towards a different future.