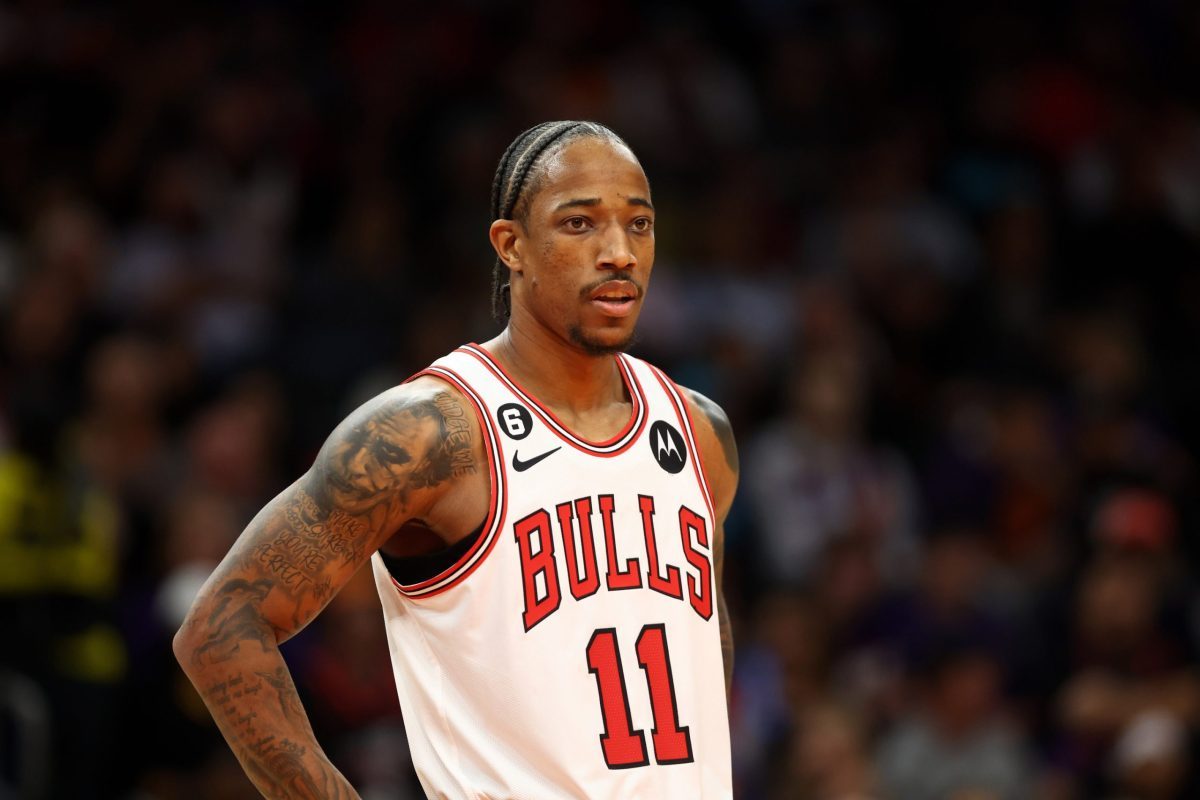 According to a recent report, teams around the NBA are monitoring the availability of Chicago Bulls stars Zach LaVine, DeMar DeRozan and Nikola Vucevic.

At this point last season, the Bulls were one of the hottest teams in the NBA and seemed destined for a deep playoff run. Unfortunately, that trajectory was derailed by injuries, and so far this season, the team is under .500.

"Zach LaVine, DeMar DeRozan, Nikola Vucevic, I think those are all players — people in the league — teams are waiting to see: will any of them be available by the trade deadline."

At the moment, the Bulls are 9-13 on the season and sitting as the No. 12 seed in the Eastern Conference. Only the Charlotte Hornets, Detroit Pistons and Orlando Magic are below them in the conference.

Despite the Bulls’ lack of consistent success so far this season, the high level of interest in the aforementioned players is certainly indicative of the amount of veteran talent on Chicago’s roster.

When it comes to DeRozan, he is having another efficient year from the field. He’s putting up 25.8 points, 4.4 rebounds and 4.7 assists per game on 51.0 percent shooting.

As for the big man Vucevic, he’s averaging 16.0 points and 11.2 rebounds per game this season.

Clearly, all three players would be fantastic assets to teams around the league, and it is no surprise that executives across the NBA are sniffing around Chicago.

One of the teams that seems to be interested in a couple of Chicago’s stars is the Los Angeles Lakers. According to a recent report, the Lakers have already had “internal discussions” about adding DeRozan and Vucevic.

The Lakers have been rising in the standings lately thanks to an improved stretch of play, and it seems like the team will soon make a trade to surround LeBron James and Anthony Davis with greater talent.

Vucevic would certainly help strengthen the team’s frontcourt and shooting, while DeRozan would operate as a dynamic scoring option for the storied franchise.

As for LaVine, his stock may be a bit lower now than it was before the season started. However, he would surely be a welcome addition to several teams who have title aspirations but feel they need another star to get themselves over the hump.

Whatever happens from here on out, Bulls fans would certainly be wise to keep an eye on trade rumors as the deadline approaches.