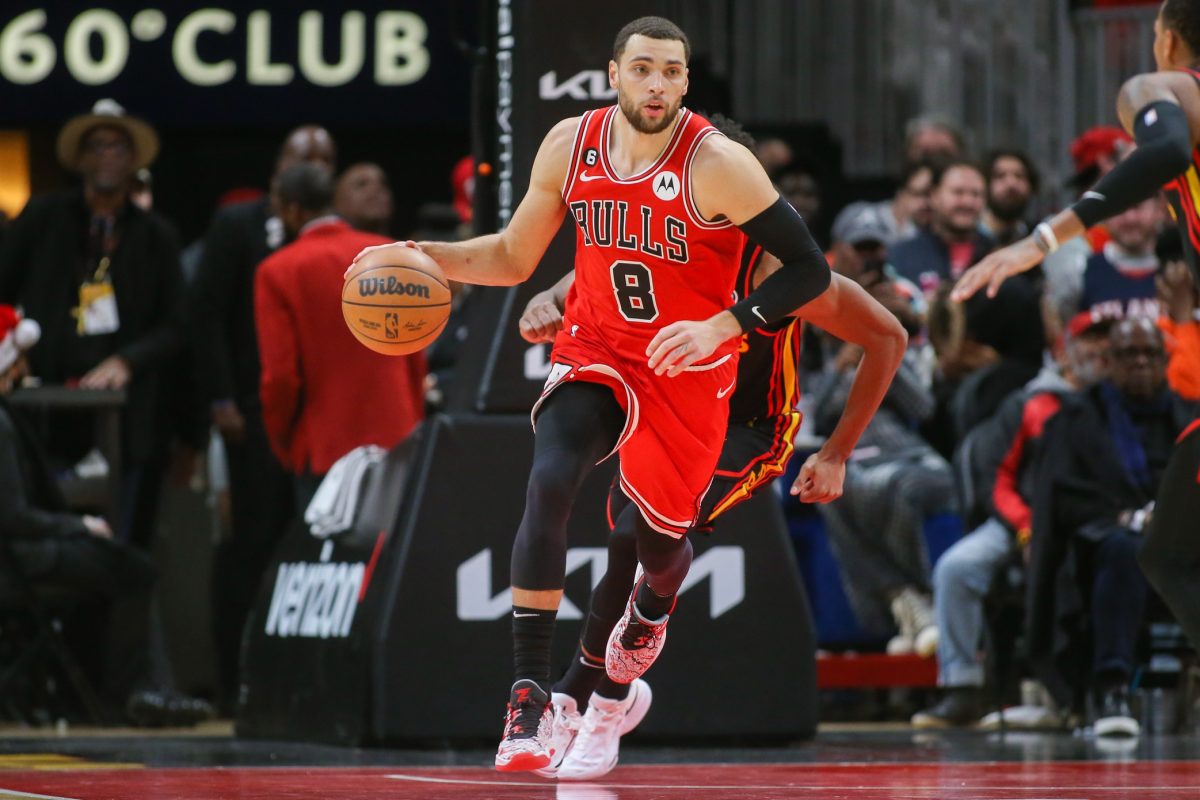 Chicago Bulls star Zach LaVine reportedly has privately questioned his role with the team at times.

“I’ve sourced out that Zach privately has questioned his role standing amongst the franchise at times,” Bulls insider K.C. Johnson reported.

LaVine signed a five-year deal with the Bulls in the offseason, but it appears the two sides aren’t on the same page right now.

The Bulls have gotten off to a slow start in the 2022-23 campaign. They own a 16-21 record and have lost two straight, putting them as the No. 11 team in the Eastern Conference.

Last season, Chicago was much more successful, finishing with the No. 6 seed in the East and making the playoffs. However, the Bulls did fall off at the end of the regular season and were bounced in the first round of the playoffs.

LaVine, 27, looked to be a key piece of the Bulls’ future, but it appears he hasn’t been the happiest with the franchise.

Chicago shouldn’t be in any rush to move on from LaVine, as he’s under club control through the 2025-26 season and has a player option for the 2026-27 campaign.

This season, LaVine is averaging 22.7 points, 4.3 rebounds and 4.3 assists per game while shooting 45.8 percent from the field and 38.0 percent from beyond the arc.

He’s seen his shots per game dip a bit in recent seasons with the addition of DeMar DeRozan to the team. He has averaged fewer than 18 shots per game since the start of last season. Prior to DeRozan’s arrival, LaVine attempted 19.4 shots per game in the 2020-21 season.

The Bulls are in a tough spot right now, as they have a veteran core that should be a playoff team. If the squad is unable to turn things around, Chicago may look to trade some of its key pieces.

LaVine is one of the best scorers in the NBA, and one has to imagine that the Bulls would like to make things work with him.

Whatever differences the two sides have at the moment, it appears something may need to change for LaVine to feel better about his current situation.