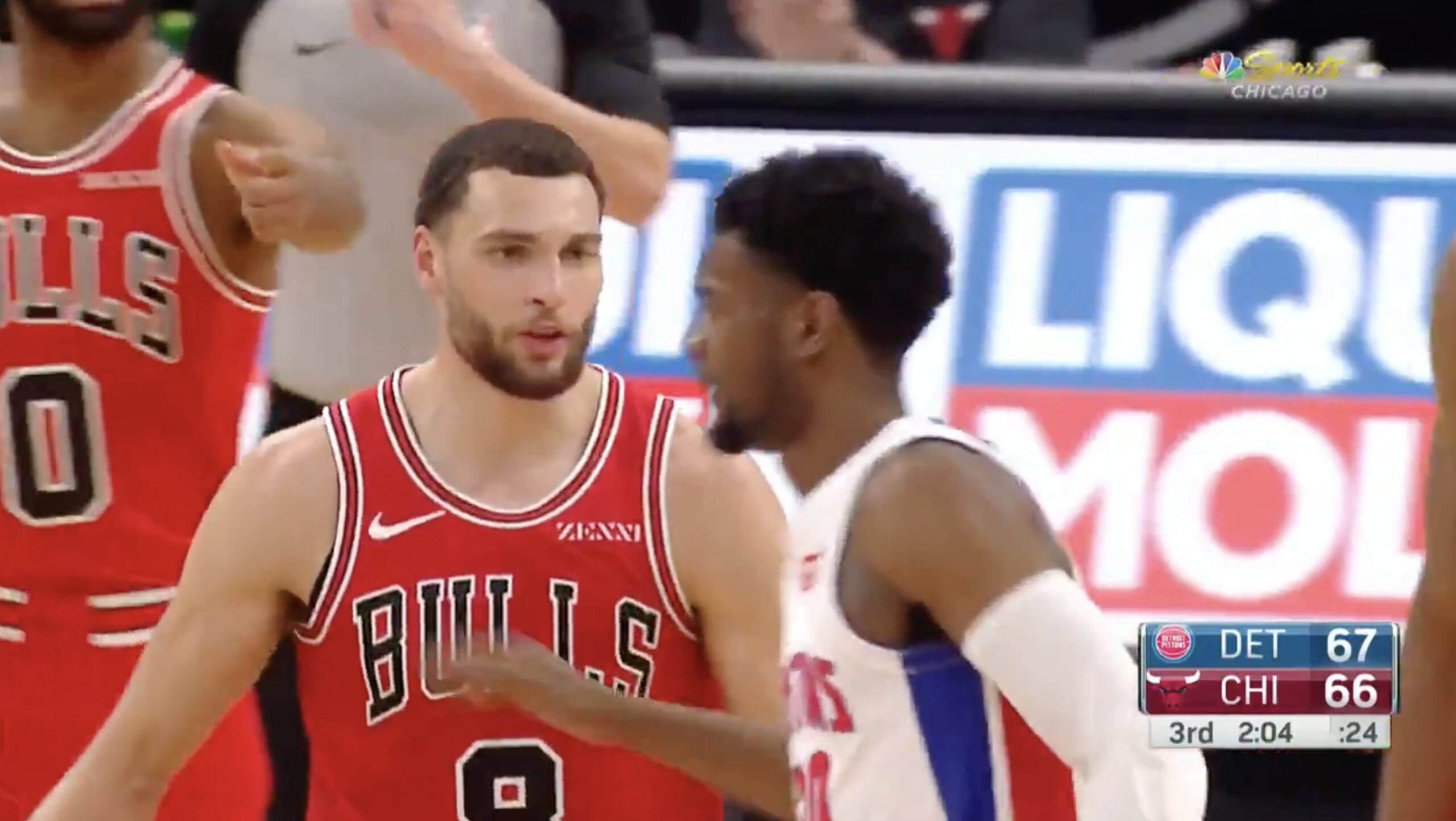 Chicago Bulls star Zach LaVine is not known for his defense, but he did display some elite-level D on Wednesday against the Detroit Pistons.

On one play, he stuffed Pistons guard Josh Jackson, then threw some serious shade at him seconds later.

Zach Lavine talks trash to Josh Jackson after clamping him up

LaVine, 25, is having a career season. Coming into Wednesday he was averaging 28.8 points, 5.5 rebounds and 5.2 assists a game.

One would think that he is on his way to making the All-Star team for the first time in his career.

For all his prowess and highlight dunks on the offensive end, the University of California, Los Angeles product has gotten plenty of criticism for his alleged lack of defense.

But he has picked it up in other categories of late, particularly his 3-point shooting.

Unfortunately, the Bulls haven’t really benefitted from LaVine’s exploits, as they had a 11-15 record coming into their game against Detroit.

There have been persistent rumors for months that the Bulls are looking to trade LaVine and move on from him, although the team has denied those rumors.