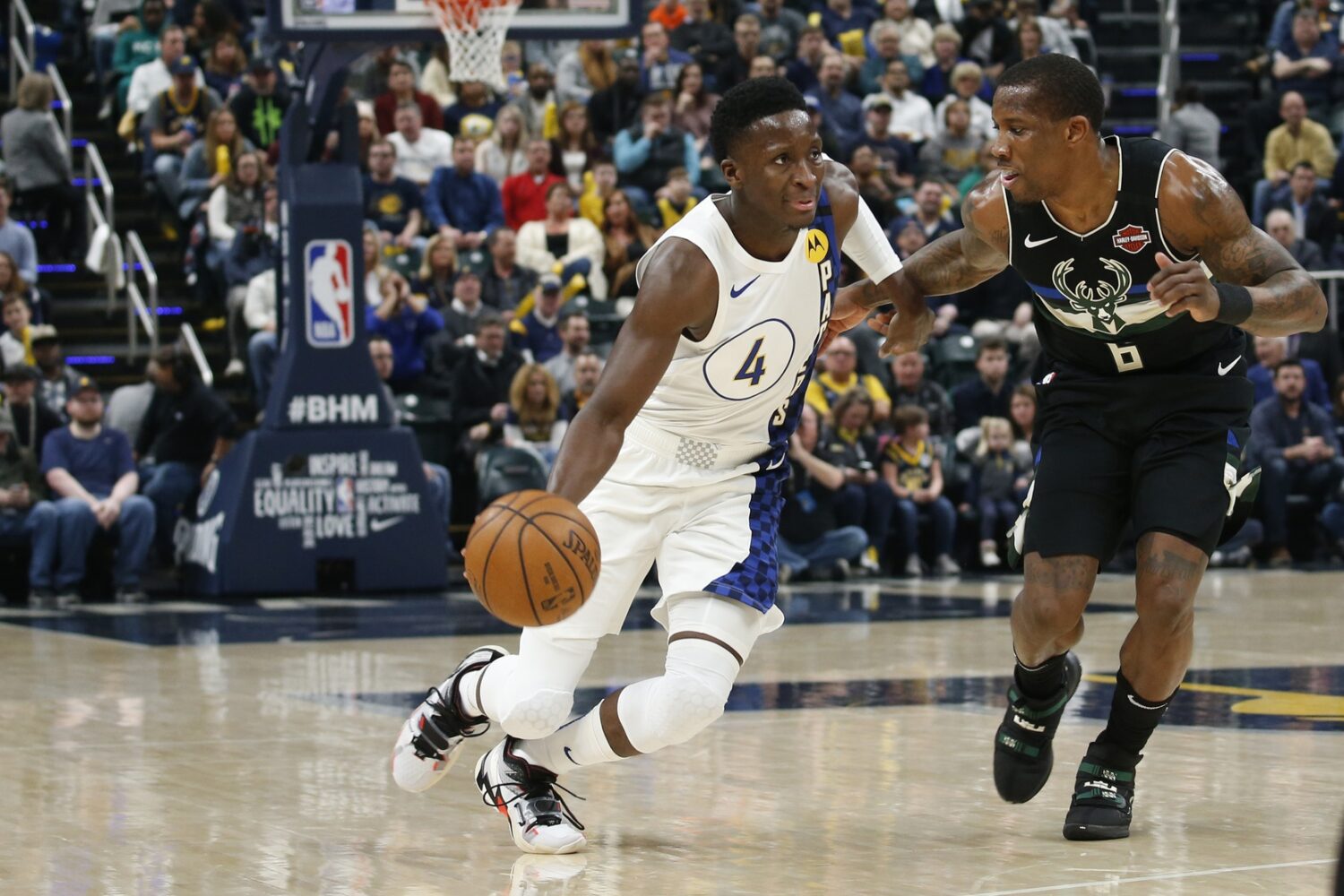 The Dallas Mavericks appear to be going all in on trying to win a title in the near future.

Thanks to the ascension of superstar Luka Doncic, the team has what it needs in terms of an elite leader. Now, the Mavs appear to be looking to bolster their roster with another star.

According to a recent report from ActionNetwork.com’s Matt Moore, the Mavs are interested in three big names who could be moved via trade this offseason.

“Specifically, there is thought to be interest from Dallas in Indiana Pacers guard Victor Oladipo, Brooklyn Nets guard Spencer Dinwiddie and New Orleans Pelicans guard Jrue Holiday,” Moore wrote. “All indications that they’re looking for a wing upgrade to pair with Doncic.”

There is no doubt any of the three players mentioned would be a major improvement in the Mavs’ backcourt.

Oladipo is a true star when healthy and can dominate on both sides of the court. While his health is still somewhat unclear, this report seems to indicate that the Mavs have some confidence that he will be able to bounce back.

Holiday may be the best defending guard in the NBA and is no lightweight on the offensive side of the ball, averaging 19.1 points and 6.7 assists per game last season.

As for Dinwiddie, he continues to improve season after season and has become a fan favorite for the Brooklyn Nets.

Each player is widely considered to be either All-Star caliber or just below that.

Pairing Doncic and Mavs big man Kristaps Porzingis with that kind of talent could help push them over the edge to become legit contenders in the West.