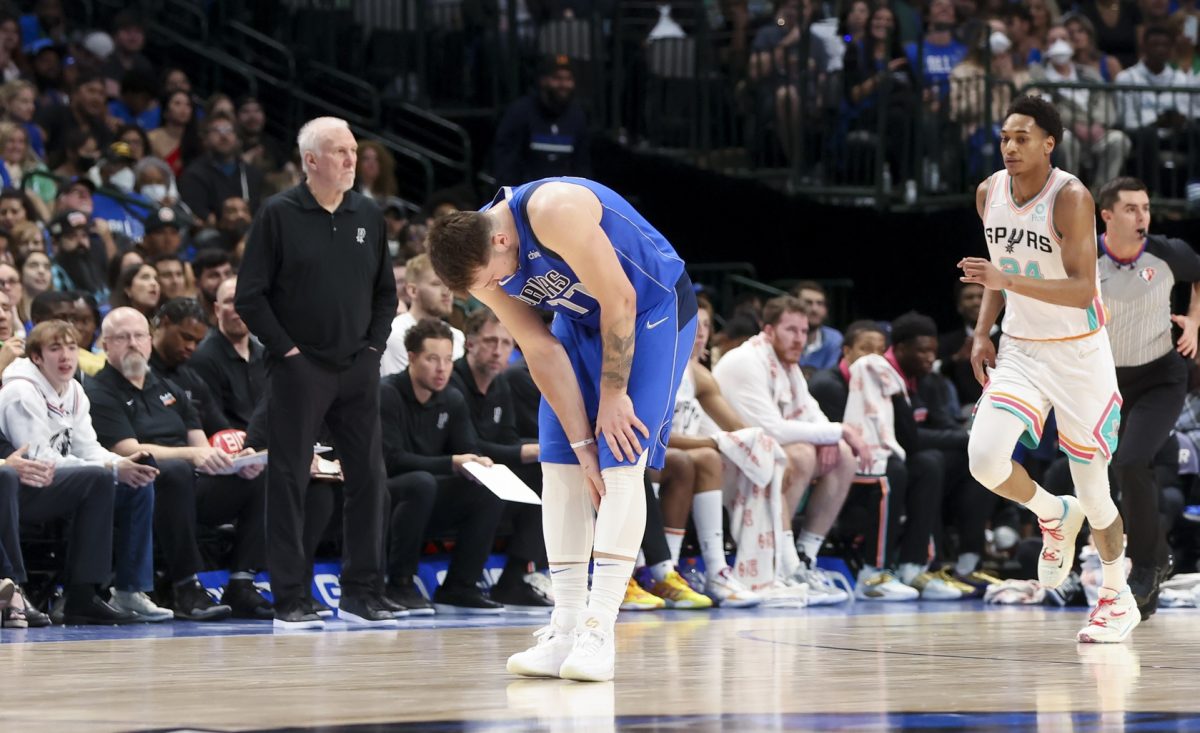 In their final game of the 2021-22 regular season, the Dallas Mavericks were dealt a huge stroke of bad luck when superstar Luka Doncic suffered a lower-body injury against the San Antonio Spurs.

As of now, there is no definitive timeline as far as how long he’ll be out, but his injury could potentially shelve him for many weeks.

"Depending on the severity of the strain, he can be out as little as 7 days or up to 6 weeks," Says @Nunez_MarcoA #MFFL #NBATwitter #NBA75

If Doncic does indeed miss more than several days, it could be a fatal blow to the Mavs and cause them to exit in the first round of the playoffs.

Dallas had been playing well since the calendar turned over to 2022, and it has been doing so mainly on the strength of its defense.

The team came into Sunday ranked sixth in the NBA in defensive rating and second in points allowed per game.

Doncic, the 23-year-old phenom from Slovenia, has put together another sensational year. Coming into Sunday’s game, he was averaging 28.5 points, 9.1 rebounds and 8.7 assists per game.

The Western Conference playoffs will be highly competitive, as usual. Although the Phoenix Suns have run away with the league’s best record, an argument could be made that a few other teams have at least a puncher’s chance of upsetting them and reaching the NBA Finals.

If Doncic returns soon enough and shows no lingering ill effects from his injury, perhaps the Mavs could be the team that gives Phoenix a run for its money and even threatens to knock it out of the postseason.