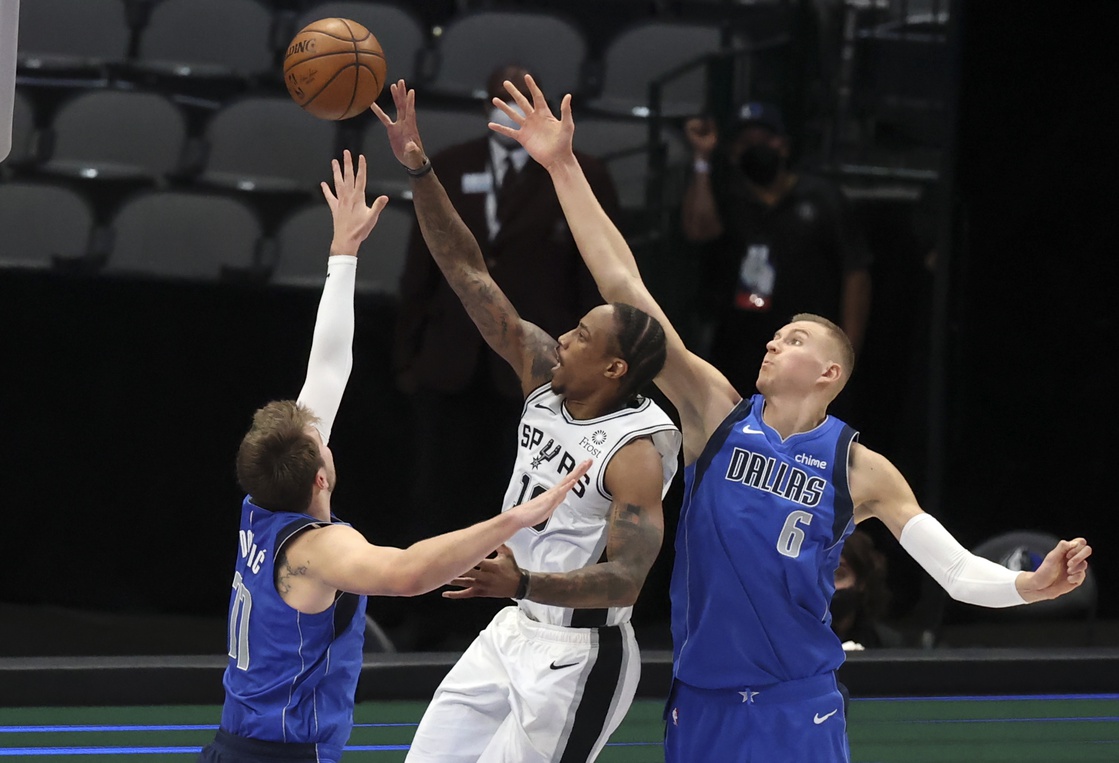 The Dallas Mavericks are coming off back-to-back first-round playoff exits and are in need of help for superstar guard Luka Doncic.

Reportedly, swingman DeMar DeRozan could be interested in joining the team.

“DeRozan had his sights set on joining the Lakers as a free agent and coming home to play for his favorite team while growing up in Compton,” wrote Broderick Turner, Andrew Greif and Dan Woike of the Los Angeles Times. “But Russ (Russell Westbrook) put the brakes on that. DeRozan made $27 million last season and probably doesn’t want to take that big of a pay cut. So, for the [Los Angeles] Clippers to sign DeRozan, they probably would have to do a sign-and-trade. But watch out for Dallas possibly being a home for DeRozan.”

Doncic is already one of the league’s premier players at age 22. However, he can become a free agent next summer, and the Mavs lack any other stars who can give them the support they need to make multiple title runs in the near future.

DeRozan has always been one of the league’s better midrange scorers. He has been named to the NBA All-Star Game multiple times, and he is also a very capable distributor.

At age 31, he could have plenty left in the tank to assist Doncic for the next few years.

The one problem with DeRozan is his 3-point shooting, which has always been a major weakness for him over the years.

One thing is for sure: Mavs owner Mark Cuban will try to move heaven and earth to keep Doncic in the fold long term.