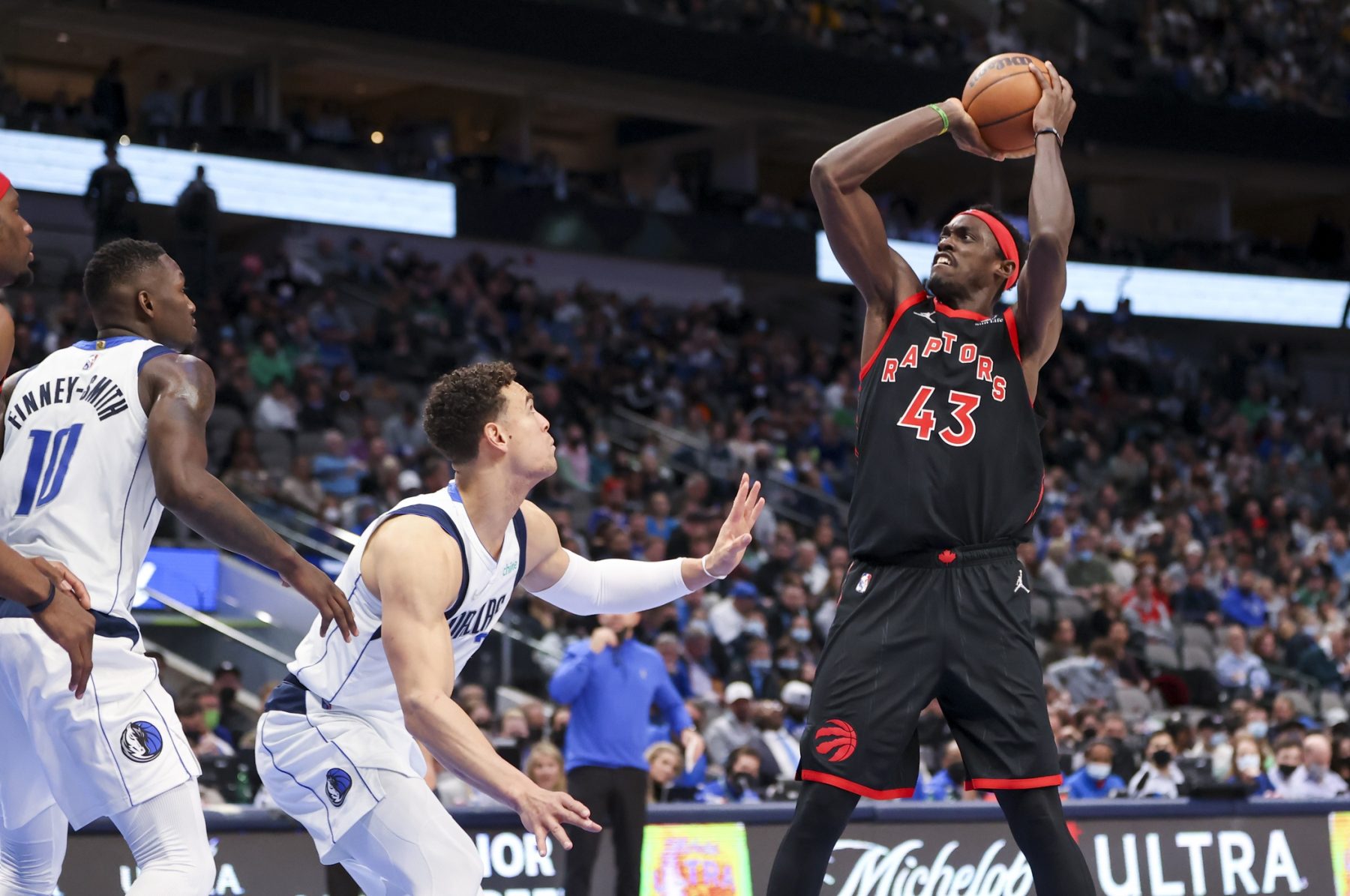 The Dallas Mavericks are reportedly looking to bolster their frontcourt, and it seems that Pascal Siakam is on their radar.

“The Dallas Mavericks were shopping for a center for much of the season, but have shifted in recent days to pursuing a power forward,” wrote Matt Moore of the Action Network. “Kristaps Porzingis’ revival this season has made Dallas focus on a stretch four to play next to Porzingis. They’ve re-entered the talks for [John] Collins and have made calls about Siakam. However, two outside executives said they doubted Dallas would be able to make any significant addition at the deadline. ‘They just don’t have the assets,’ one executive remarked. (Bear in mind that all executives are competitors with one another, even if those spoken with had no vested interest in Dallas’ situation.)”

Dallas has been playing pretty well this season, registering a record of 30-23 so far. If the playoffs started today, the Mavericks would earn an outright playoff berth and avoid the play-in tournament.

The team has been led again by Luka Doncic, who is averaging 26.2 points, 8.9 rebounds and 9.1 assists per game in the 2021-22 campaign. Other Mavs players have also contributed strong numbers this year, including Porzingis. He is posting averages of 19.2 points, 7.7 rebounds and 1.7 blocks per contest.

Even so, it looks like Dallas wants to add some talent. The team is hoping to make a deep playoff run.

Siakam would be an exciting addition for the Mavs. The 27-year-old has been playing at a very high level this season. He has averages of 21.4 points, 8.6 rebounds and 5.1 assists per contest. Many feel that he was snubbed from the All-Star Game.

Furthermore, he knows what it takes to win a title. He helped the Toronto Raptors win it all in 2019, and he’d surely love to get another ring in the near future.

Despite Dallas’ interest in Siakam, it is unclear if the Raptors have plans to trade him away. The Mavs also have few trade pieces that they can use as bait.

It remains to be seen how the trade deadline will play out for Dallas.