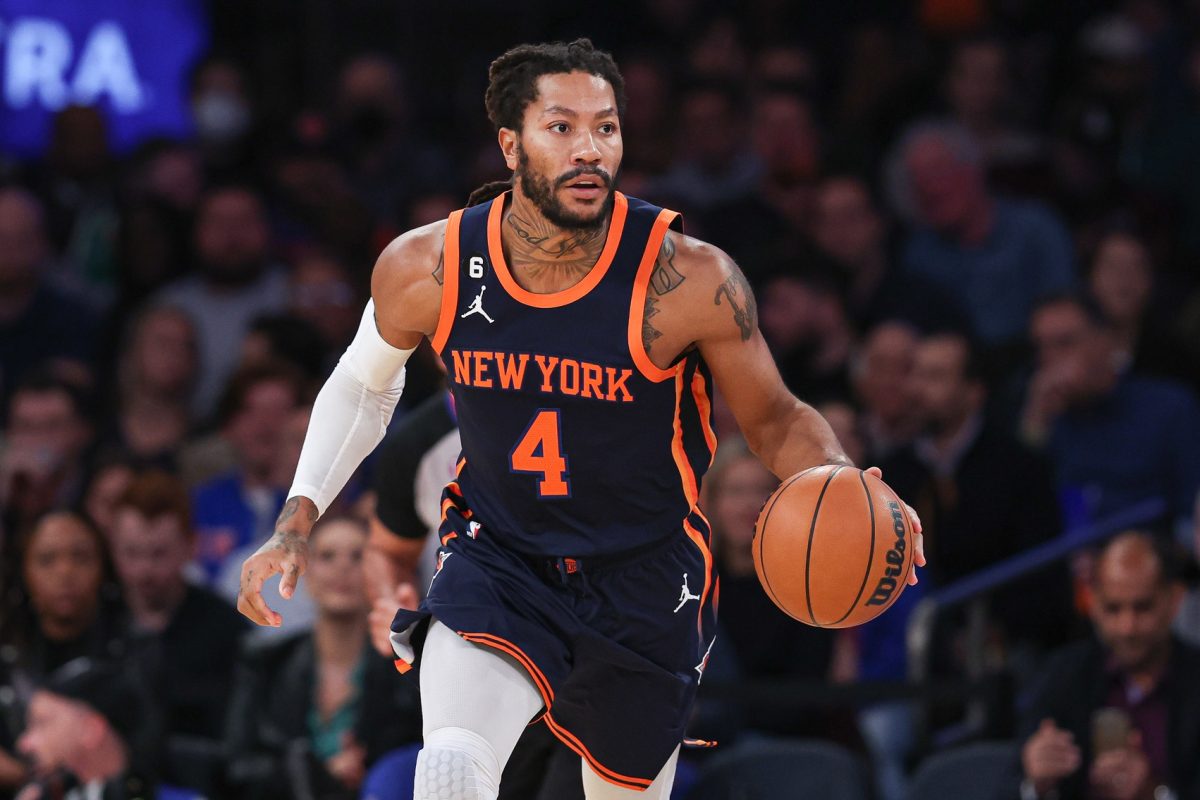 The Dallas Mavericks could be in the market for another veteran point guard, as they are reportedly interested in acquiring Derrick Rose, according to Ric Bucher of Fox Sports.

“The Mavericks, of course, lost [Jalen] Brunson to the [New York] Knicks last summer and are in desperate need of a second playmaker to relieve All-Star point forward Luka Dončić,” Bucher wrote. “They’ve brought on a former Knick, Kemba Walker, for a test run, but a league source said they also have interest in a current one, the aforementioned Rose.”

The Mavs just brought in Walker a week ago. Of course, it remains to be seen how much the 32-year-old is going to bring to the table for Dallas.

The team has been overly reliant on Doncic so far this season. The All-Star has been spectacular, averaging 33.4 points, 8.6 rebounds and 8.6 assists per game. But his strong production has not translated to wins, as the Mavs are just 11-11, good for No. 10 in the Western Conference standings.

It’s been a disappointing season so far for the Mavs. After all, they reached the conference finals last season and likely expected to contend for one of the top spots in the West before the 2022-23 season started. However, losing Brunson in free agency has evidently affected the team’s performance.

It remains to be seen if Walker can be what the doctor ordered for Dallas. The four-time All-Star certainly has the potential to give the squad a needed boost on offense. But it should be noted that his career has been plagued by knee problems recently, causing him to miss a significant number of contests in recent seasons.

If the Walker experiment fails, perhaps the Mavs will give Rose a shot. It is unclear if the Knicks are prepared to trade the former MVP away, though he is getting just 13.6 minutes per game this season.

Although there is still some time to turn things around for Dallas this season, it seems that there is a sense of urgency brewing in the organization to improve the roster and provide Doncic with a better supporting cast.