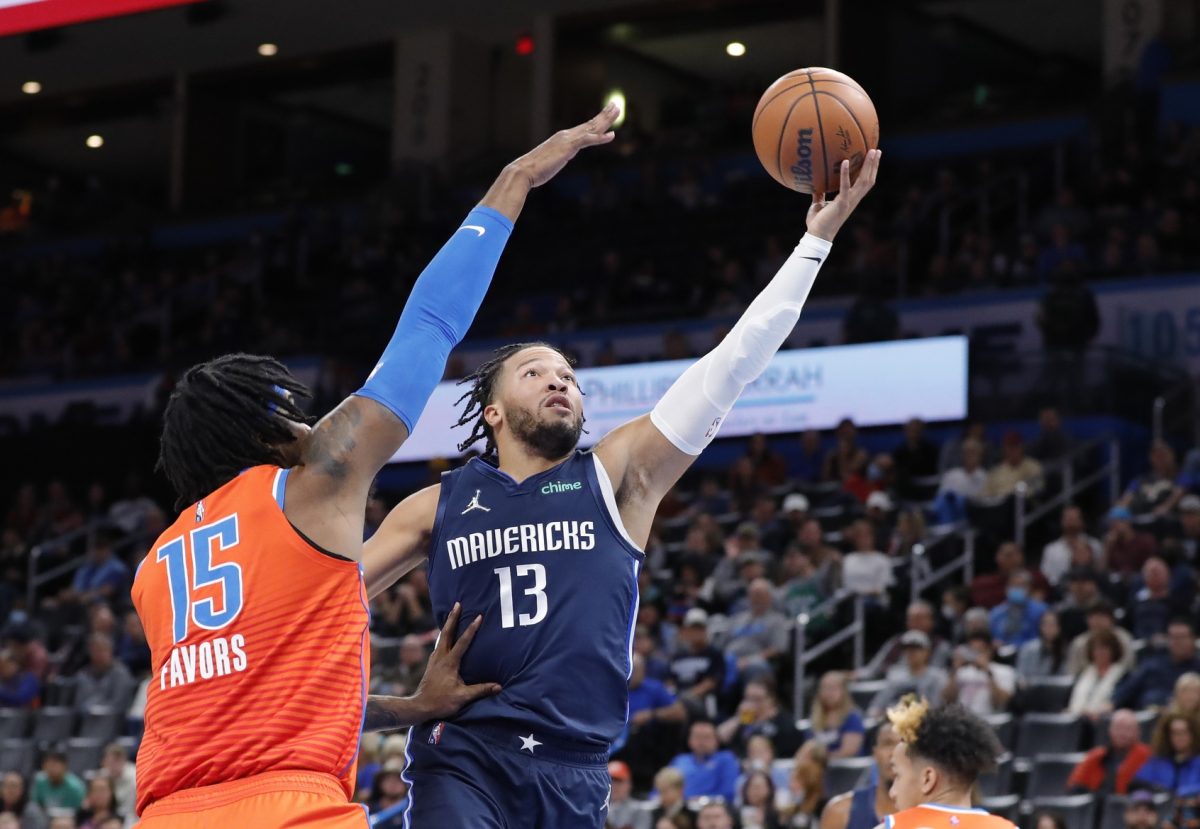 Dallas Mavericks guard Jalen Brunson has taken another leap in his career this season, and it looks like he wants to reap the rewards of that fact.

Brunson, who is having the best statistical season of his career so far, is reportedly looking for a nice new contract. However, it sounds like there are some executives around the league who question his value.

“Brunson faces a similar market, but the guard is believed by many to be seeking near a four-year, $80 million contract,” wrote Eric Pincus of Bleacher Report. “That is a large number, especially for a player that several competing executives think is too big of a target defensively in the playoffs.”

Though Brunson’s apparent asking price might seem high, the 25-year-old certainly brings a fair amount of value to the table. So far this season, he’s averaging 16.0 points, 5.6 assists and 3.8 rebounds per game. Moreover, he’s shooting an impressive 50.5 percent from the field.

While competing execs around the NBA appear to think that Brunson is something of a liability on the defensive side of the floor, he has managed to average 1.0 steal per game this season.

The former second-round pick has started in 24 games so far this season for the Mavericks. In total, he has appeared in 42 contests.

Ultimately, whether or not Brunson gets a big contract will likely be decided by whether a team out there thinks he still has more room to grow.

While he is already a valuable asset, he will likely want to show continued growth and improvement as the season progresses if he wants to put himself in the best position possible to get a great deal.