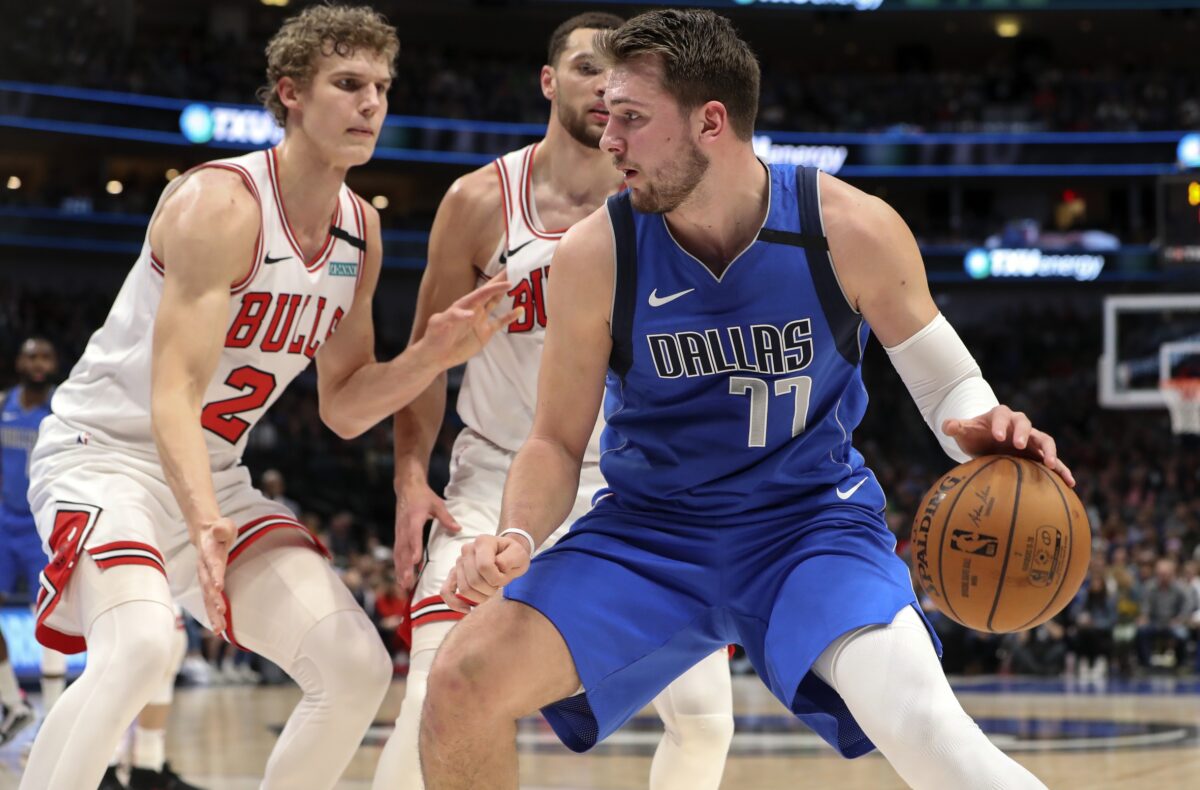 The Dallas Mavericks have already had a pretty busy offseason thus far.

However, it seems that the team may not be done making moves. It is reportedly considering bringing in Finnish big man Lauri Markkanen.

“One other team to watch for Markkanen is the Dallas Mavericks,” said The Ringer’s Kevin O’Connor on a recent episode of his podcast. “I’ve heard they also have interest, so there’s some sign-and-trade possibilities involving him with Charlotte and Dallas.”

Markkanen, who was drafted in 2017, is currently a restricted free agent. The Chicago Bulls have the right to match any offer the power forward might receive this offseason. However, he may want a change of scenery to continue his NBA career.

The 7-footer could certainly help out several teams because of his combination of height and skills. He has career averages of 15.6 points and 7.1 rebounds per game. He has also made 36.6 percent of his 3-point shots.

Earlier this year, it was reported that Markkanen privately wanted to join the Mavs. So it seems that there is mutual interest between the two parties.