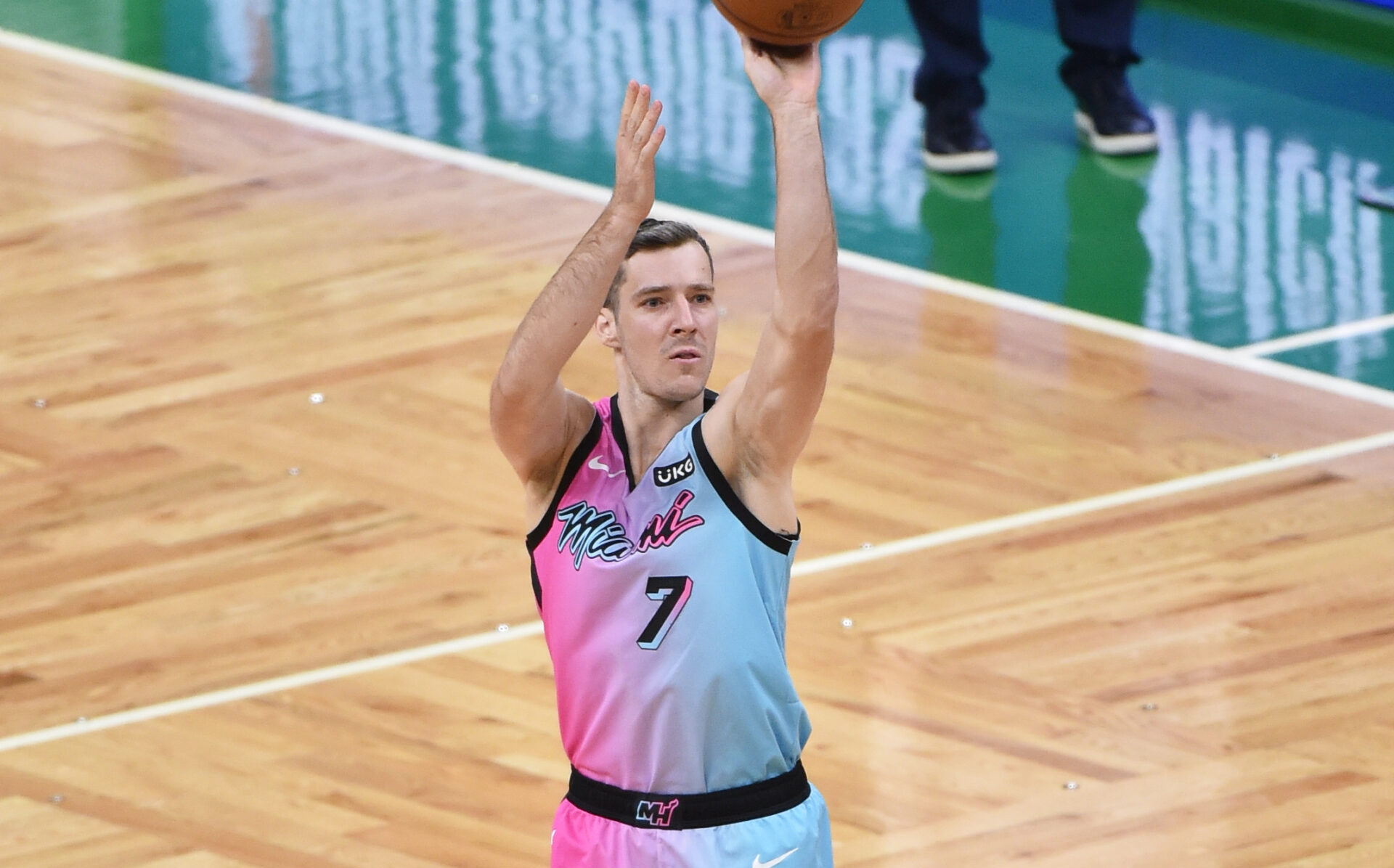 According to a report, the Dallas Mavericks may not be a viable landing spot for Goran Dragic, as Dallas is not interested in paying the guard the $19 million he is owed for this season.

“I’ve been told that the Mavericks like Goran Dragic but don’t want to pay him $19 million this year,” said Tim MacMahon during a recent podcast appearance.

The Mavericks are looking to get superstar Luka Doncic some help. He essentially carried the team to a winning season this past year. If the organization wants to get to the next level, some key additions are needed.

While the idea of a Dragic fit in Dallas would be great in theory, it sounds like an unlikely outcome at this current time.

He was just traded to the Toronto Raptors from the Miami Heat, and it seems like a possibility that he will be moved again before the season starts. His contract will likely be the biggest obstacle in getting a deal done.

As for Dallas, the organization is looking to make the playoffs in the 2021-22 season for the third straight year.