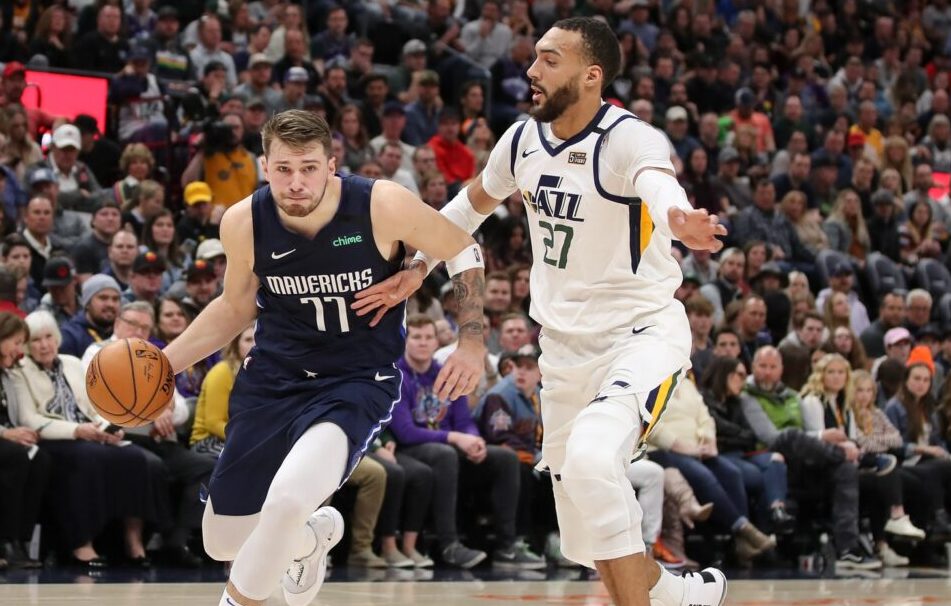 The Dallas Mavericks are looking to capitalize on the ascension of star Luka Doncic by building a true championship contender around him.

According to a recent report, some executives around the league believe one way to do that is to add Utah Jazz big man Rudy Gobert.

“Several rival executives have pitched the Mavs as a trade destination for Rudy Gobert, who is eligible for a supermax,” Zach Lowe of ESPN reported. “I get the thinking — a rim-running center to stabilize Dallas’ shaky defense — but I can’t get there. Devoting $65 million combined to Gobert and [Kristaps] Porzingis when the latter needs to play a good chunk at center is not optimal.”

As the report maps out, it looks like executives who see a potential fit for Gobert in Dallas believe that his ability to dominate on the defensive side of the ball and score in the post would help Doncic and Porzignis flourish offensively.

Last season, Gobert averaged 15.1 points and 13.5 rebounds per game. He’s a three-time All-Star and a two-time Defensive Player of the Year award winner.

While it’s unclear how interested the Mavs actually are in adding Gobert to their roster, it looks like several people in the know across the league think this is something to look out for.