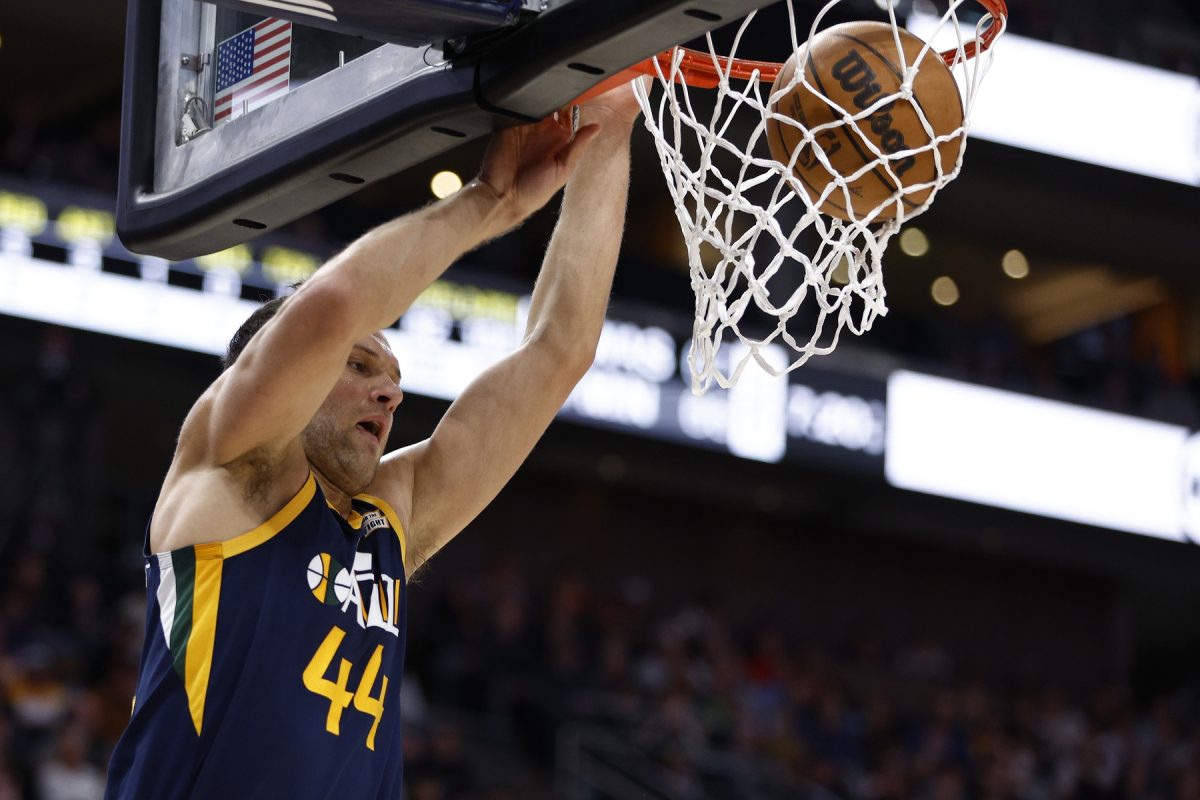 According to John Gambadoro, the New York Knicks, Dallas Mavericks, Los Angeles Lakers and Phoenix Suns all have interest in the veteran forward, who is in the final year of his contract.

Phoenix being good does work against them in competing for players as their 1st-round pick(s) are not expected to be as good as others. In the case of Bojan Bogdanovic, the Suns, Lakers, Mavs & Knicks all have interest with draft picks & expiring contracts the key to a deal.

The Lakers and Suns were previously reported as teams that are looking at Bogdanovic, but now the Knicks and Mavericks, two teams with playoff hopes in the 2022-23 season, could drive the price up for the veteran.

The Jazz are in a full-blown rebuild, as they traded away both of their All-Stars this offseason. First, Utah shipped Rudy Gobert to the Minnesota Timberwolves. Then, the Jazz sent Donovan Mitchell to the Cleveland Cavaliers.

The Knicks tried to acquire Mitchell as well, but it appears they’re willing to add another shooter like Bogdanovic after getting outbid by the Cavs.

New York has several draft picks at its disposal that are movable, and Bogdanovic would likely help any contending team by giving it extra shooting punch on offense. The Knicks traded away veteran Alec Burks this offseason, and Bogdanovic could help replace some of his production on the wing.

As for the Mavericks, the team lost guard Jalen Brunson to the Knicks in free agency, leaving a major hole on offense behind Luka Doncic. Even though Dallas did trade for Christian Wood, adding another scorer like Bogdanovic would take some of the offensive pressure off of Doncic in the 2022-23 season.

It is unclear what the asking price would be for Bogdanovic, but it’s likely that Utah would be happy to add a young player or draft capital since it is in a rebuilding stage.