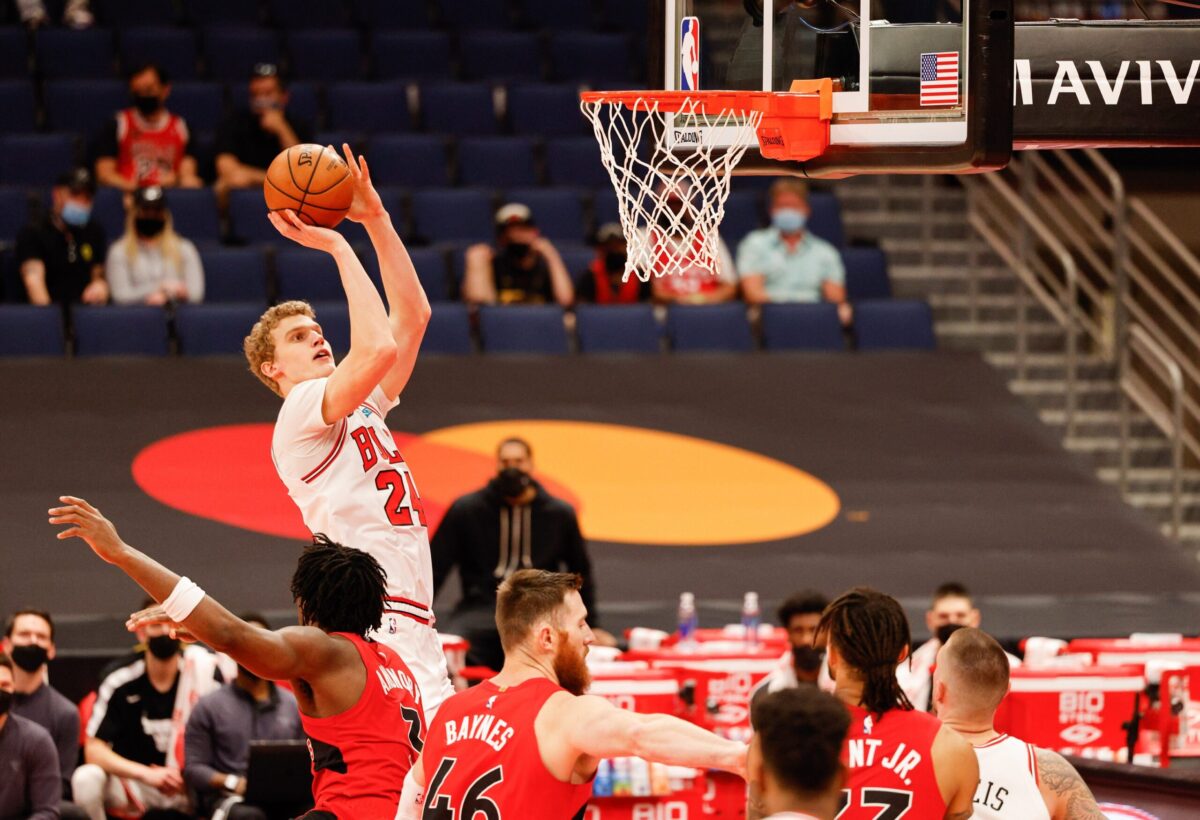 One NBA insider thinks there’s a “30 or 40 percent” chance that big man Lauri Markkanen will end up with the Dallas Mavericks.

Additionally, the Chicago Bulls seem to have interest in Maxi Kleber.

“I would also put the odds at Markkanen ending up in Dallas at 30 or 40 percent,” wrote Tim Cato of The Athletic.

“Dallas could offer Markkanen, say, a three-year deal worth $44 million and send back about $10 million in offsetting salary in a direct trade not involving its TPE,” Cato continued. “I’ve heard Chicago has interest in Kleber; it’s a riskier deal for Dallas giving up both a rotational player and signing Markkanen to a higher salary point. It might be a worthwhile gamble, although you would have to really talk me into it. Kleber has been the better player in past seasons — or, at least, the more useful one for a team with postseason aspirations. He’s struggled in both postseasons, but he was injured throughout the most recent series against the [Los Angeles] Clippers.”

The most valuable part of the 24-year-old’s game arguably is his ability to knock down shots from beyond the arc. He was a 40.2 percent 3-point shooter this past season.

As for Kleber, he could make an impact with Chicago. The Bulls have had a stellar offseason so far, and Kleber would add some depth in the frontcourt.