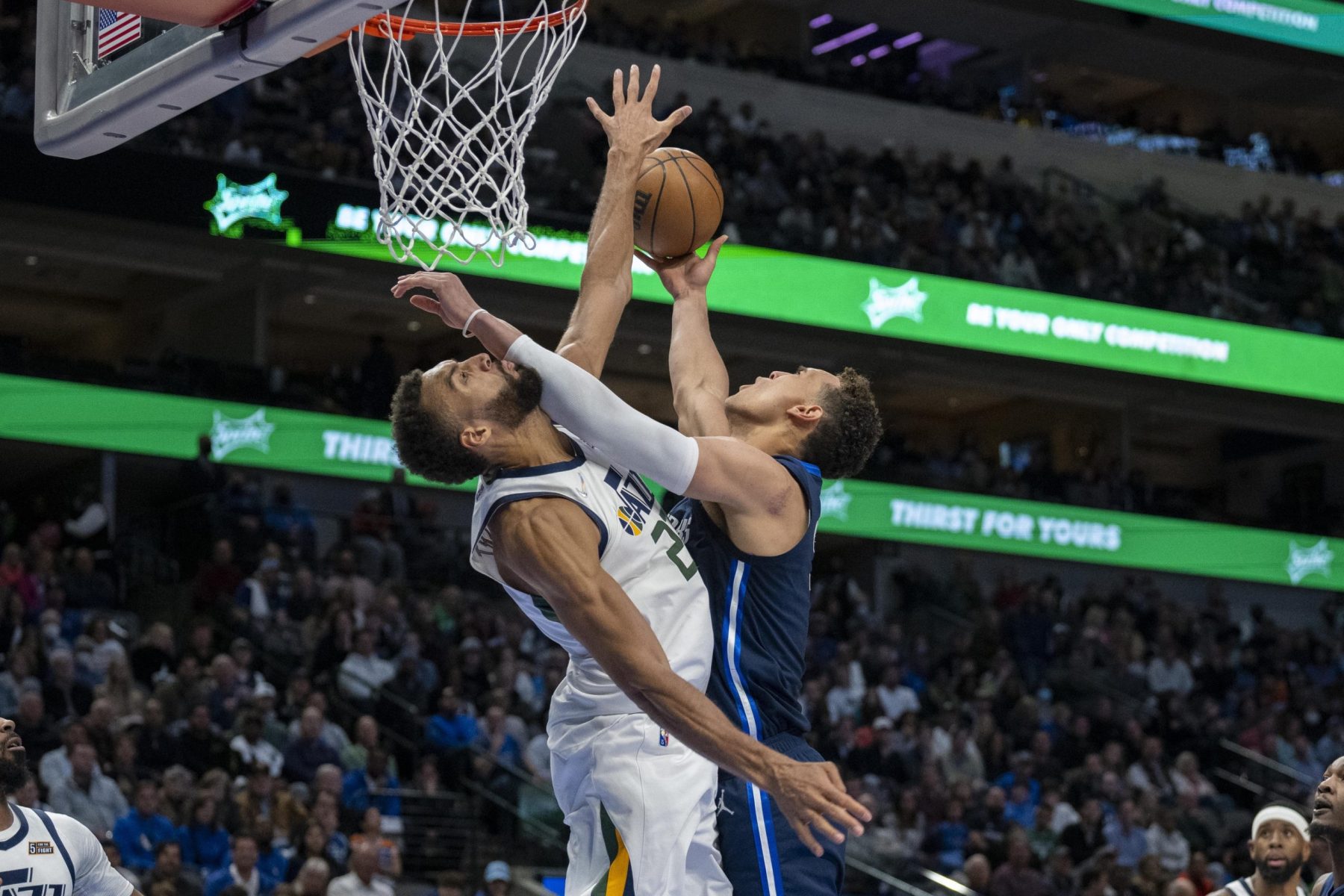 The Dallas Mavericks recently got a big win over the Utah Jazz, and Mavs forward Theo Pinson offered a hilarious insight from the game.

In the 111-103 victory over the Jazz, Mavs players heckled Jazz big man Rudy Gobert. Pinson revealed what was said.

What did the Dallas Mavericks bench say to Rudy Gobert to "get into his head" last game?

“He did a hook shot, and it hit Jerry West on the backboard, and we were just like, ‘Rudy, what was that?'” Pinson said. “I promise you we didn’t say anything crazy to that man.”

Talking trash has a rich legacy in the NBA, and it’s something that nearly all players get involved with at one time or another. Clearly, Pinson and his Mavericks teammates enjoy being a part of it.

As it turns out, Dallas’ win over Utah was a pretty important one. That’s because the Mavericks and Jazz are currently in a battle in the Western Conference standings. At the moment, both teams are 42-26 on the season.

With the postseason quickly approaching, the Mavs are surely looking to improve their record as best they can before the playoffs begin. They’ve been on an absolute tear over the last month or so.

Since Feb. 4, the Mavs have lost just three games.

Much of that success, of course, is thanks to superstar Luka Doncic. Doncic is averaging a whopping 28.0 points, 9.3 rebounds and 8.6 assists per game this season.

It’s quite possible for the Mavericks and Jazz to meet in the playoffs. That would certainly be an exciting series for fans around the NBA to watch.