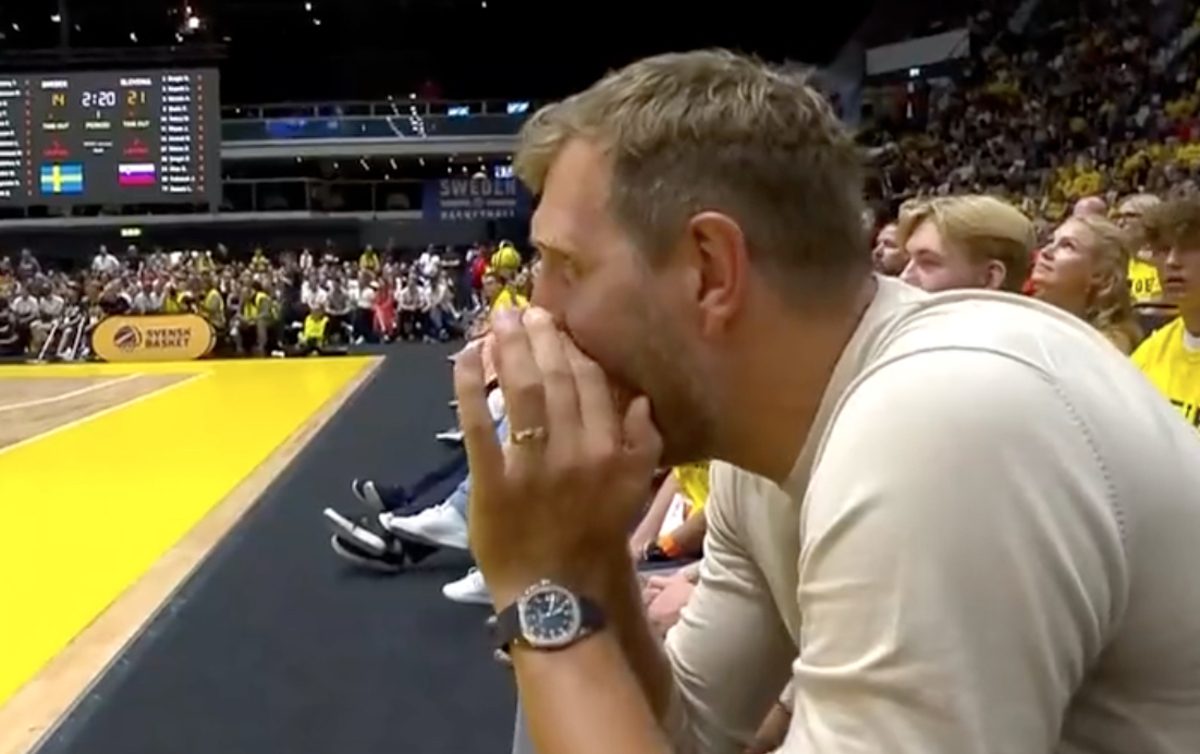 Luka Doncic is no doubt the best player the Dallas Mavericks have had since Dirk Nowitzki retired in 2019.

The two players played one season together and have shared a good relationship since then. Recently, Nowitzki decided to poke some fun at Doncic by joining in on “overrated” chants that were aimed at the Slovenian star during a FIBA World Cup qualifiers match.

Some of the best years of the Mavericks franchise came while Nowitzki was still playing. The Mavs won their first and only NBA championship back in 2011 thanks to the heroics of the 14-time All-Star in their Finals series against the Miami Heat.

Dallas is likely hoping that Doncic can help the team become a title contender again. It is on its way there as the Mavs just had their most successful season since the 2010-11 campaign.

After hoisting the Larry O’Brien Trophy in 2011, Dallas either lost in the first round of the playoffs or missed the postseason altogether until 2022.

In the 2021-22 regular season, the Mavs went 52-30 to clinch the No. 4 seed in the West. In the playoffs, the team reached the Western Conference Finals, where it lost to the Golden State Warriors.

Doncic has played a huge role in the Mavs’ resurgence. For his career, he is averaging 26.4 points, 8.5 rebounds and 8.0 assists per game in the regular season. He has fared even better in the playoffs, where he is posting averages of 32.5 points, 9.3 rebounds and 7.9 assists per contest.

Nowitzki can rest easy as the Mavs are in good hands with Doncic.