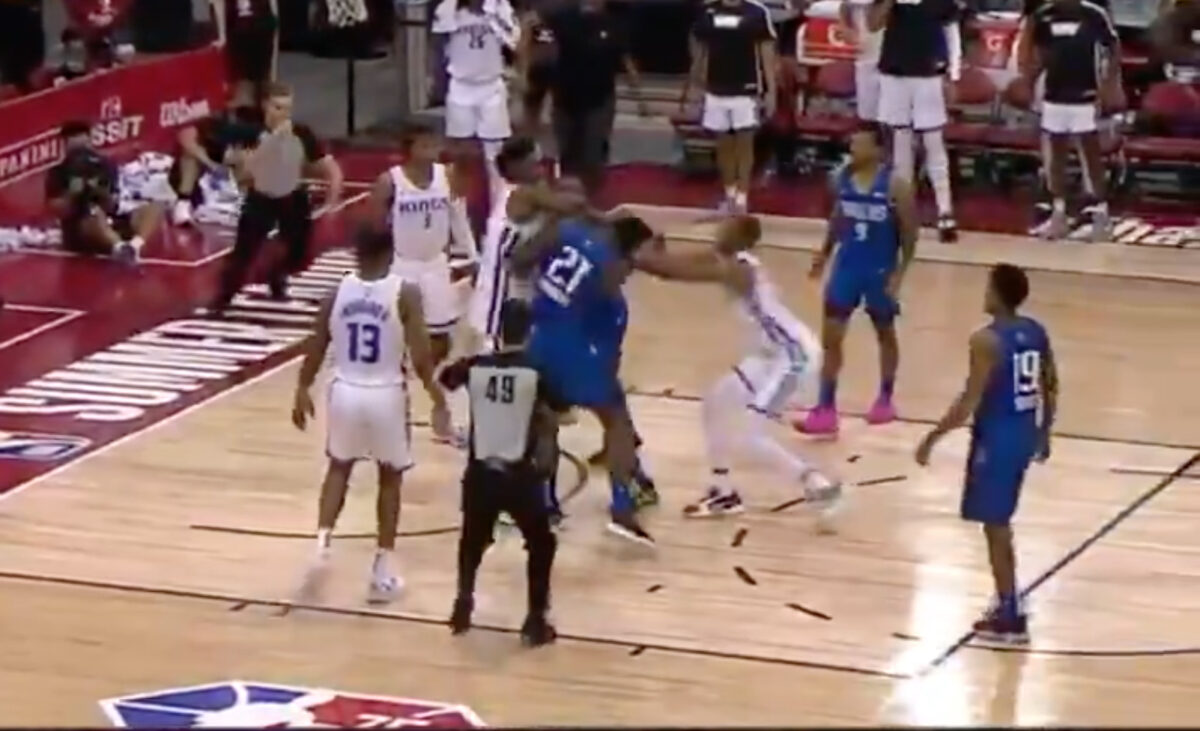 A fight broke out during an NBA Summer League game between the Dallas Mavericks and Sacramento Kings on Sunday.

Kings forward Chimezie Metu attempted to dunk the ball towards the end of the game when Mavericks forward Eugene Omoruyi committed a hard foul on him.

Metu responded by throwing a punch at Omoruyi. Omoruyi then tried to go after Metu before his teammates and the referees stopped him.

Both players were ejected from the game following the play.

It will be interesting to see if either, or both, of the players end up receiving suspensions from the league for their involvement in the fight.

The Kings wound up winning the contest by a score of 86-70.