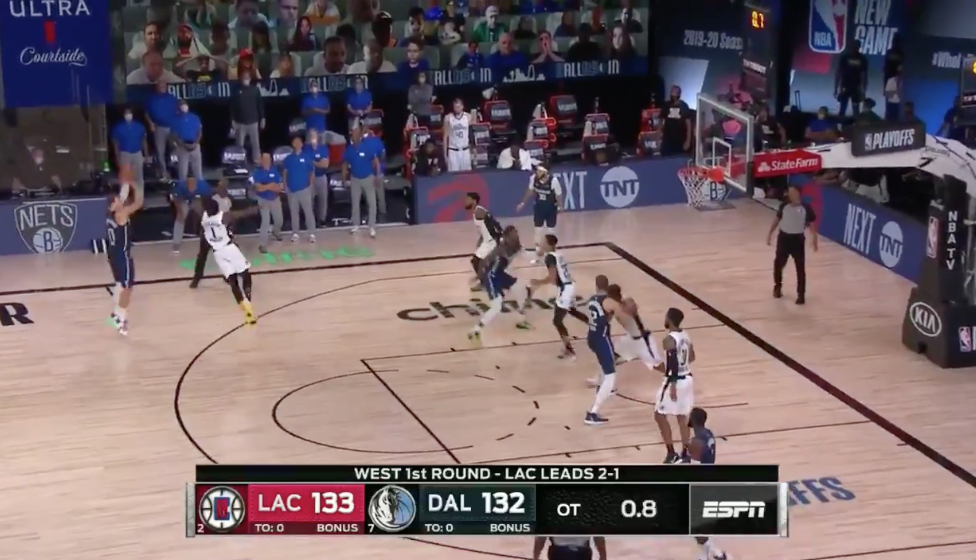 Dallas Mavericks point guard Luka Doncic put up a performance for the ages on Sunday night as he made an incredible game-winner against the Los Angeles Clippers to tie the opening series at 2-2.

LUKA DONCIC bangs the dagger to win it for the Mavs (+280 ML)
pic.twitter.com/8TrKNmW22x

The Slovenian native put up 43 points, 17 rebounds, 13 assists and two steals on the evening.

The Mavericks were at a huge disadvantage to start the matchup as they were without the services of big man Kristaps Porzingis, who had been averaging 23.7 points and 8.7 rebounds per game against the Clippers in the playoffs.

The No. 2-seeded Clippers have a tall task ahead of them as it’s clear that the No. 7-seeded Mavericks are not going down without a fight.

In this article:featured, Luka Doncic