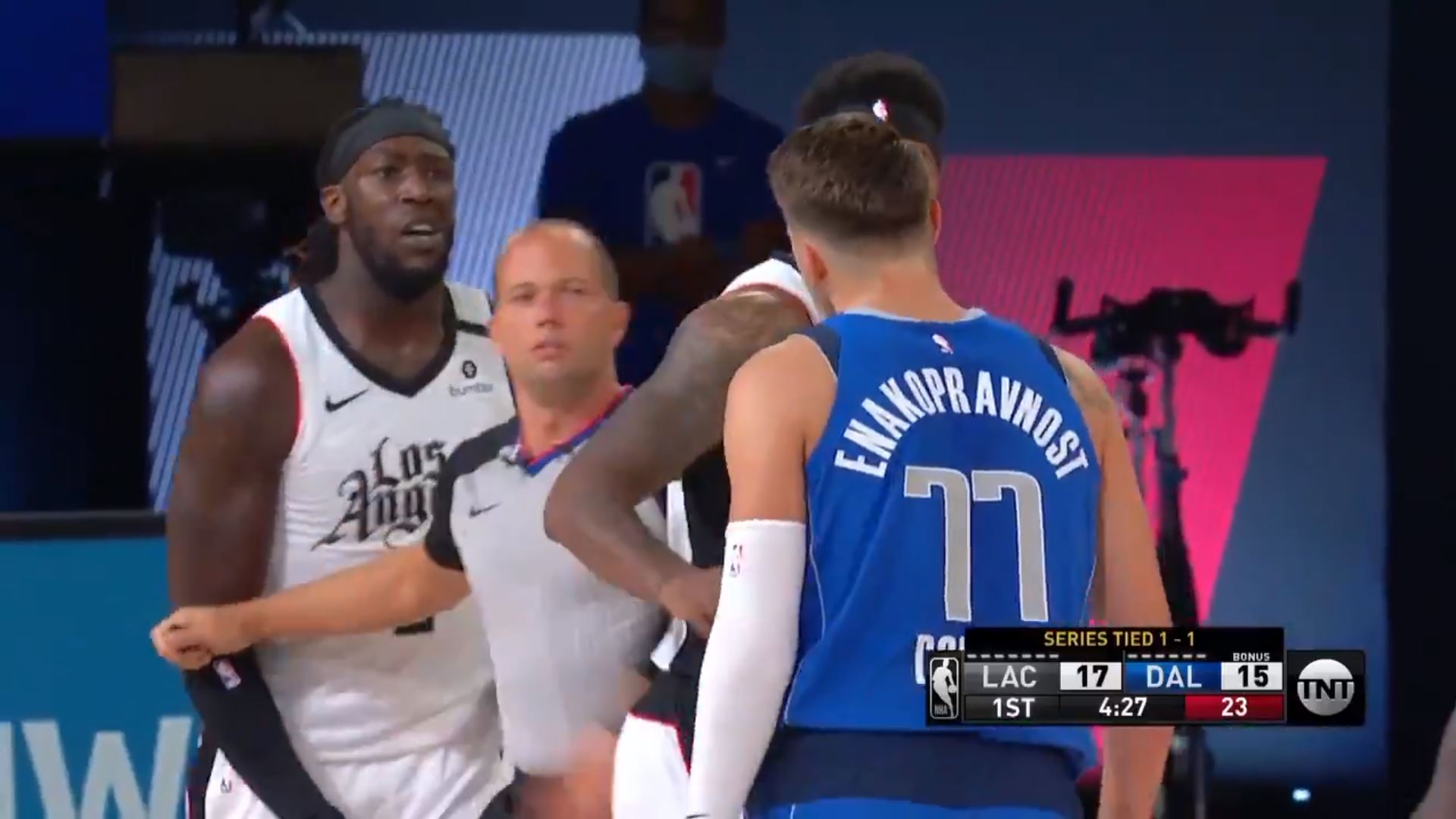 The first-round playoff series between the Los Angeles Clippers and Dallas Mavericks has gone from competitive to chippy.

With 6:24 left in the first quarter of Game 3, the Clippers’ Montrezl Harrell was called for a foul against Kristaps Porzingis, and Mavs superstar Luka Doncic took exception.

Luka has some words for the Clippers 👀 pic.twitter.com/ht4g9KpxTc

Doncic has been nothing short of sensational in the first two games of this series. In Game 1 he posted 42 points and nine assists, and he added 28 points in Game 2.

His exploits placed him second on the list of players with the most points in their first two career playoff games, behind only Hall of Famer George Mikan. Doncic’s scoring output in the first game is the highest of any player in his playoff debut.

After coming up just short in Game 1, Dallas fought back with a vengeance in Game 2, netting a 127-114 win and tying the best-of-seven series at one game apiece.

With Clippers starting guard Patrick Beverley out due to a left calf strain, the Mavs have a golden opportunity to move one step closer to pulling off a huge upset.