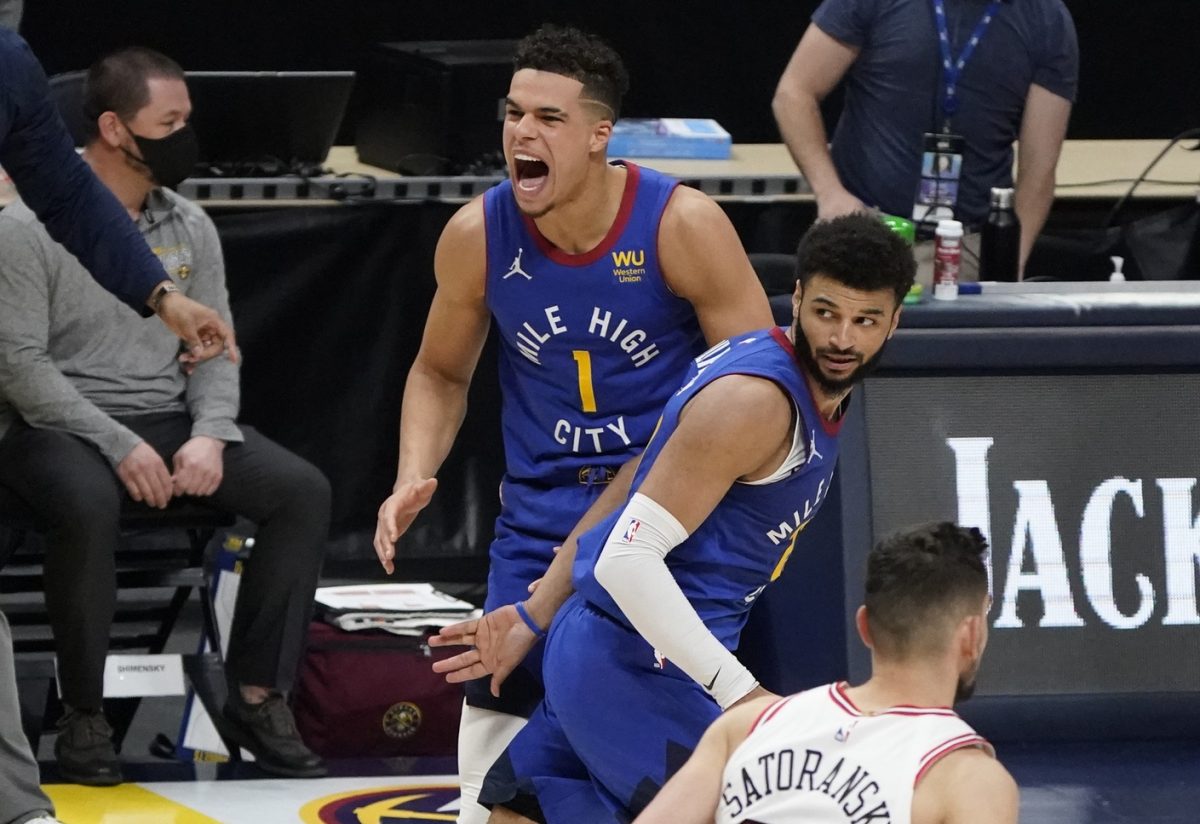 The Denver Nuggets reportedly hope to get both Michael Porter Jr. and Jamal Murray back before the end of the year.

On NBA Today, Woj once again stated that it's the Nuggets hope to get back both Jamal Murray and Michael Porter Jr. before the end of this year.

Denver has been relying heavily on reigning NBA MVP Nikola Jokic with both Murray and Porter sidelined.

However, if Murray can return late in the 2021-22 campaign, it would be a major boost to Denver’s outlook in the Western Conference. The Nuggets are currently the No. 6 seed in the West with a 20-18 record so far this season.

Porter, the team’s first-round pick in the 2018 NBA Draft, has been out for the majority of the 2021-22 season with a back injury.

This isn’t the first time that Porter has dealt with back issues, as he missed the entire 2018-19 season with a back injury as well.

In nine games this season, Porter averaged 9.9 points, 6.6 rebounds and 1.9 assists per game while shooting 35.9 percent from the field.

Adding Murray and Porter to the lineup in the later stages of this season could help Denver mimic the deep playoff run it had in the 2019-20 season.

The Nuggets reached the Western Conference Finals that season in the NBA’s Orlando, Fla. bubble with Murray, Porter and Jokic all healthy.