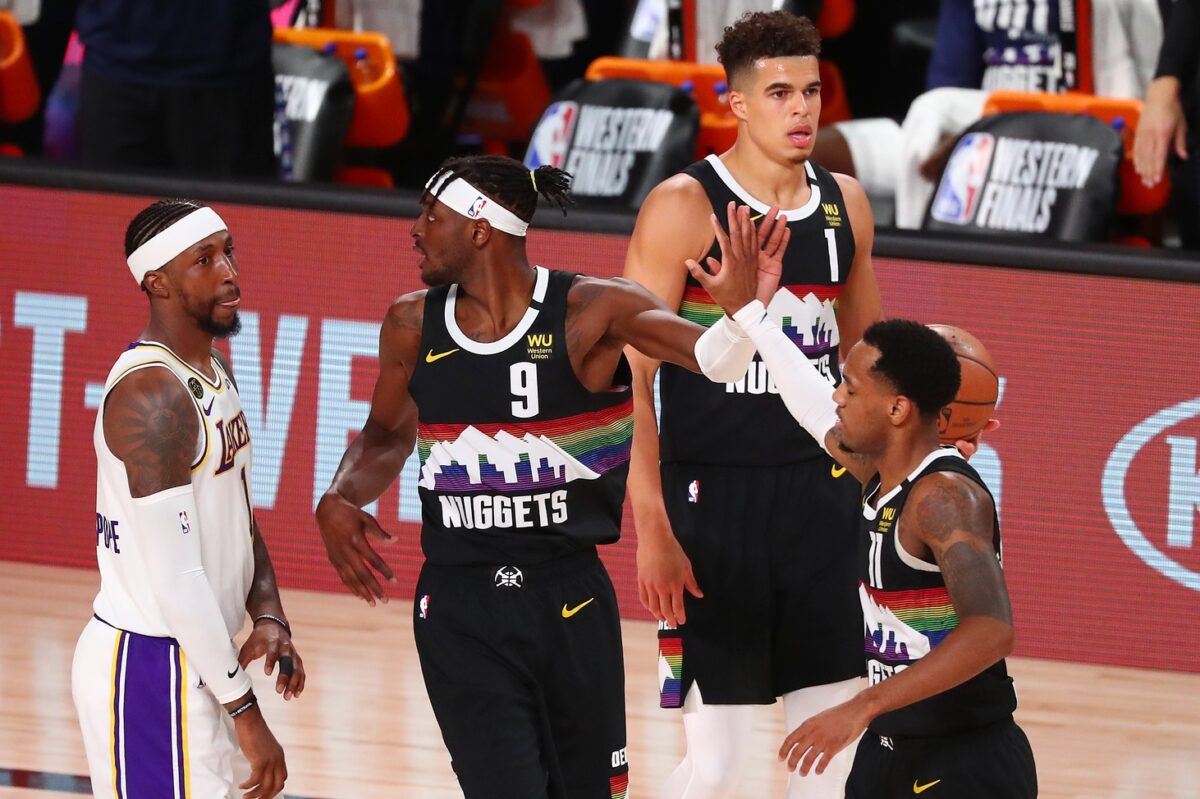 Denver Nuggets forward Jerami Grant reportedly is expected to decline his player option for next season and become a free agent.

“Jerami Grant wants to be back with the Denver Nuggets next season,” the Denver Post’s Mike Singer wrote. “Whether that happens may be up to Nuggets president of basketball operations Tim Connelly.

“Grant, who is expected to opt out of his player option, according to a league source, made himself invaluable throughout the Nuggets’ postseason run. When the Nuggets traded a first-round pick last summer for Grant, they hoped he’d provide the defensive versatility that he ultimately did.”

Grant was extremely important, especially on the defensive end, in the Nuggets run to the Western Conference Finals.

While Denver was eliminated by the Los Angeles Lakers in five games, Grant has shown he is a valuable piece of the Nuggets’ core.

Grant’s player option for next season is worth a little over $9.3 million.

Denver will likely have to pay Grant more than that if it wants him to return in free agency.