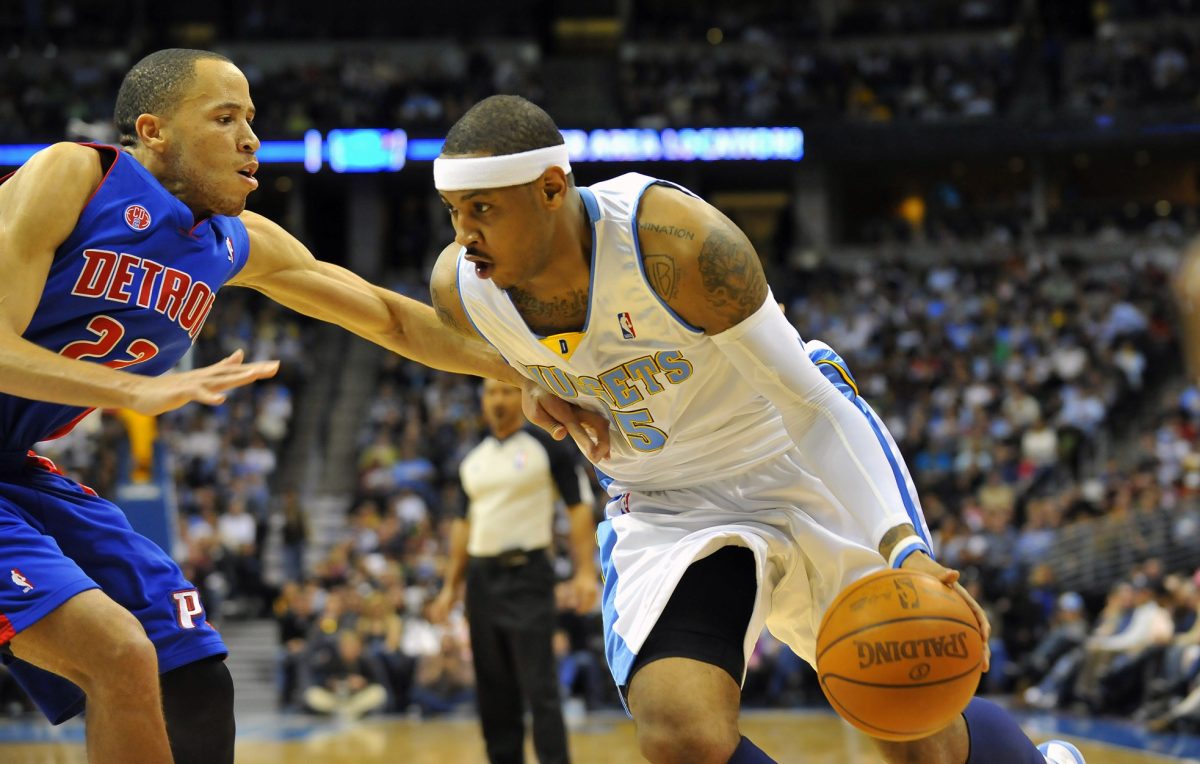 One of the biggest draft blunders in NBA history took place in the historic 2003 NBA Draft which included the likes of LeBron James, Dwyane Wade, Carmelo Anthony and Chris Bosh.

Though someone looking at that list would probably assume that the four players were selected consecutively with the top four picks, that was not actually the case. In fact, Darko Milicic was selected with the No. 2 overall pick by the Detroit Pistons.

The only player selected above Milicic was James.

The draft blunder has been more or less forgotten thanks to the dominant era of Pistons basketball that shortly followed, but former Pistons point guard Chauncey Billups recently reflected on the draft miscue and how it could have dramatically changed the league’s history.

“If we do get Melo, when was Bron gone ever take over?” Billups asked.

It took quite a while for James to really enjoy consistent success in the playoffs, and the first series loss of his NBA career came against Billups and the Pistons in a seven-game series in 2006.

Moreover, it can be argued that James truly announced his arrival in the NBA playoffs as an elite talent in the following season when he scored 25 straight points against the Pistons in Game 5 of that year’s Eastern Conference Finals. The Cavs sealed the series in the following game, and James booked his first ticket to the NBA Finals.

Clearly, Billups believes that James’ first trip to the NBA Finals would have been delayed had the Pistons selected Anthony over Milicic. The truth is that the Pistons likely would have been the best team in the NBA for many seasons had they decided to get Anthony, Wade or Bosh.

It’s hard to argue that Anthony would not have been the best fit on the Pistons. He was an elite scorer right from the start of his career. His scoring ability alongside veteran players and defensive masters like Billups and Ben Wallace would have been something to behold.

Starting in 2002, the Pistons enjoyed an incredible run in which they went to the playoffs for eight straight seasons. They went to the NBA Finals twice and won one championship in 2004. Chances are incredibly good that the Pistons would have gone to the Finals many more times and won a couple more championships had they had Anthony on the roster.

Perhaps the real tragedy in this case is Anthony’s career. He could very well have had multiple championship at this point in his career had he been selected by the Pistons.

Instead, he is still searching for his first ring. At 38 years old, Anthony has a very high likelihood of retiring before he gets a chance to hoist the Larry O’Brien Trophy.