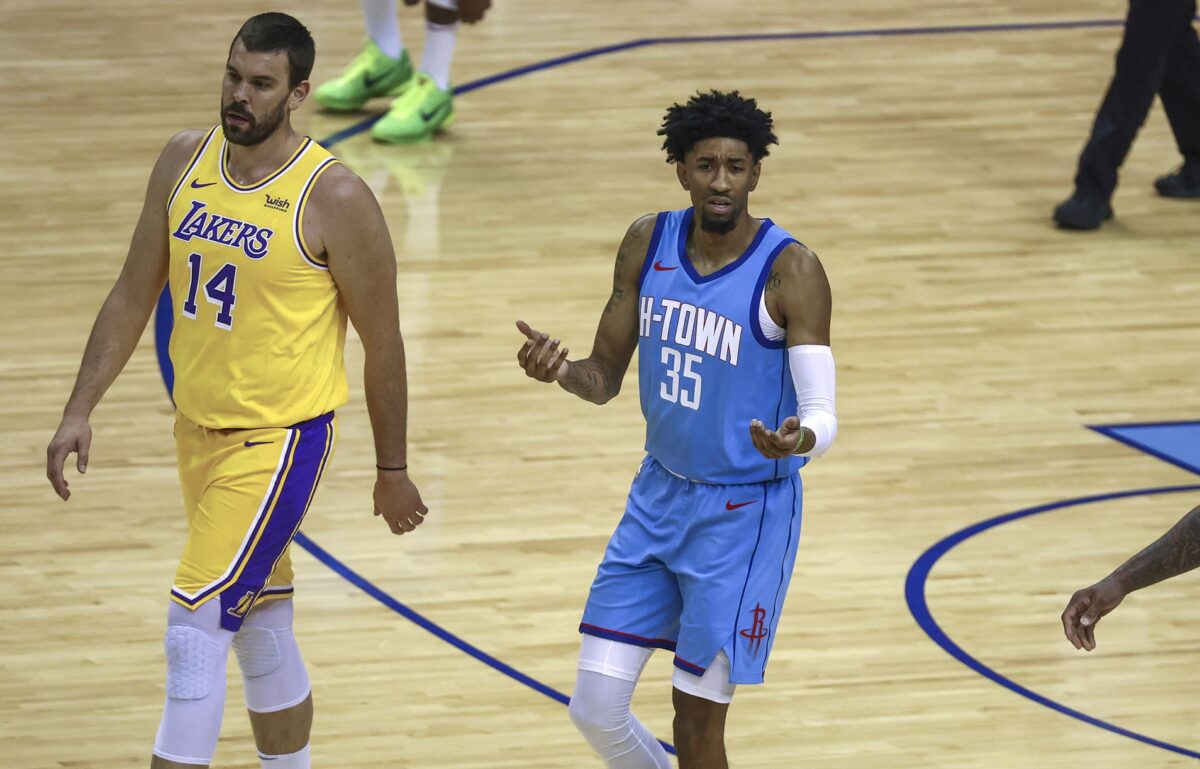 Former Detroit Pistons forward Christian Wood has gotten off to the best start of his career since being traded to the Houston Rockets in the offseason.

Pistons head coach Dwane Casey acknowledged on Thursday the reasoning behind the move that sent Wood to Houston.

#Pistons Dwane Casey on Christian Wood: "We tried to get him (to stay) here; we just didn't have enough in the bucket (salary cap)."

Wood was signed by Houston in November to a three-year, $41 million contract after spending one full season with the Pistons in 2019-20.

He is averaging a career-high 23.5 points, 10.8 rebounds and 1.8 blocks in his first 12 games for the Rockets this season, significantly up from last season when he averaged 13.1 points, 6.3 rebounds and 0.9 blocks per game.

An undrafted free agent who came into the league in 2015, Wood only started 12 out of 62 games during his lone season in Detroit.

The Pistons could have certainly used his length and scoring ability, as they’ve begun the season with an NBA-worst 3-11 record.