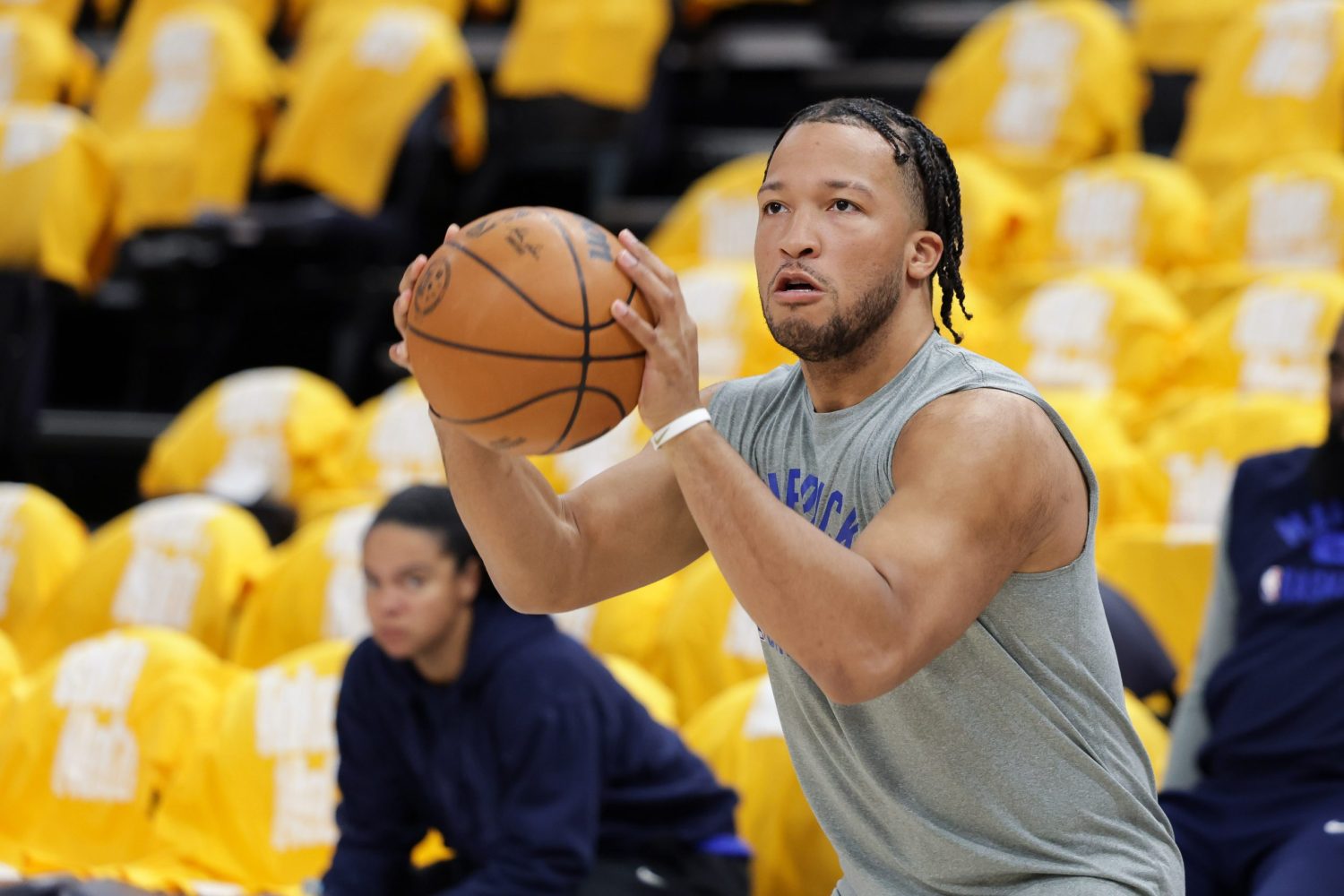 The Detroit Pistons reportedly believe that Dallas Mavericks guard Jalen Brunson would fit well next to Cade Cunningham on their roster.

Brunson, who has really impressed during this year’s NBA playoffs, is a free agent following the 2021-22 season. The Pistons think he would fit next to Cunningham similarly to his current role alongside Luka Doncic in Dallas.

“The Pistons, according to league sources, see how well Brunson fits with Doncic and envision him similarly enhancing Cade Cunningham, the No. 1 overall pick in last year’s draft who is also a big-bodied scorer and playmaker,” ESPN’s Tim MacMahon wrote.

During the regular season, Brunson averaged 16.3 points, 3.9 rebounds and 4.8 assists per game while shooting 50.2 percent from the field and 37.3 percent from beyond the arc.

He’s taken his game to another level in the Mavericks’ first-round series with the Utah Jazz, as he’s averaging 29.8 points, 5.3 rebounds and 4.8 assists per game through the first four matchups of the series.

The Pistons clearly want to pair another dynamic guard with Cunningham, and Brunson has the ability to create for himself and others as a No. 2 option.

If he continues to shine in the playoffs, Brunson is likely going to garner a lot of interest in free agency this coming offseason.

The Pistons selected Cunningham with the No. 1 overall pick in the 2021 NBA Draft. While the team struggled to win games this season, Cunningham still had an impressive 2021-22 campaign.

It’s possible that playing with another talented guard like Brunson could help Cunningham take the next step in the 2022-23 season.