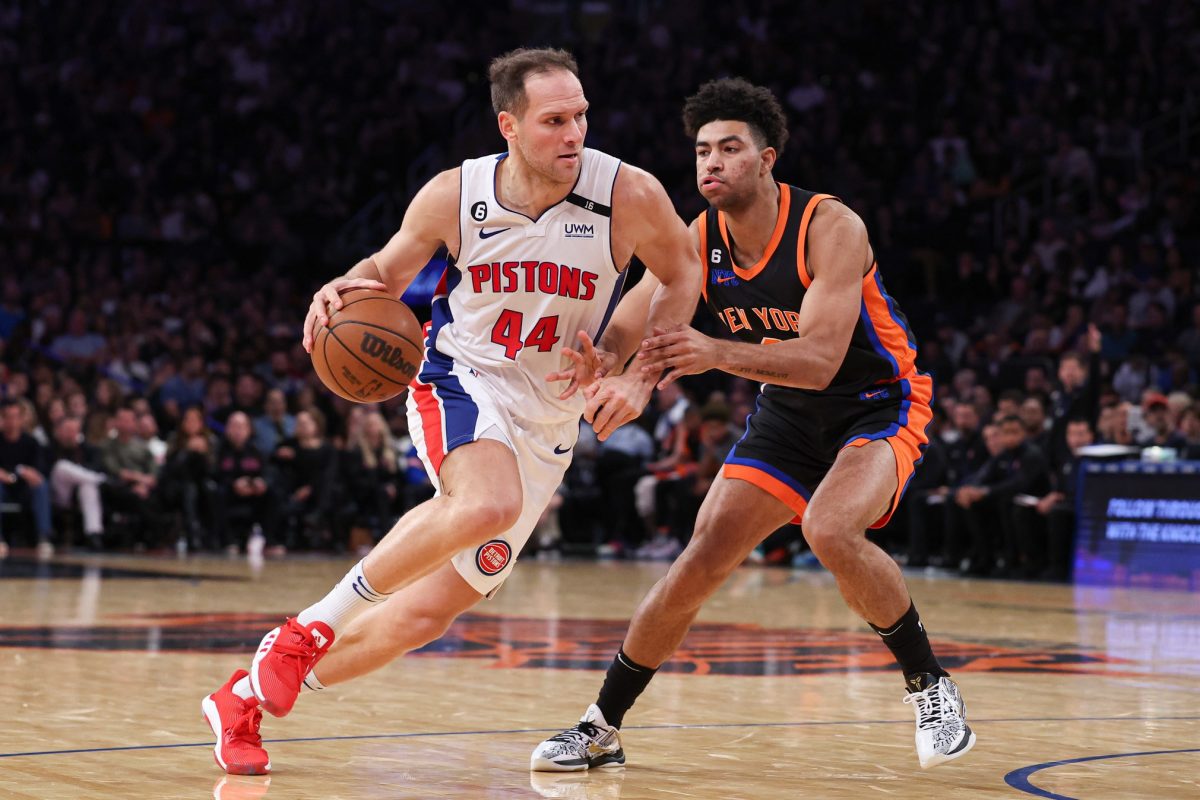 Though the 2022-23 NBA season is still relatively young, things are starting to take shape in the standings, and players that may soon be on the move are being revealed.

While he was acquired via trade by the Detroit Pistons just before the current regular season began, it appears as though other teams are now calling about Bojan Bogdanovic.

“I do know Detroit is getting calls on him just like any team (when) we’re getting close to the Dec. 15 area where a lot of players who signed (in free agency last summer) are going to be eligible (to be traded),” Jake Fischer of Yahoo! Sports reported on his podcast. “That’s kind of the unofficial start of the trade window. But also he’s playing really well for this team right now.”

However, just because the Pistons are getting calls about Bogdanovic does not necessarily mean that the team will agree to send him away. After all, he has been quite impressive for the young team this season.

Clearly, he’d be an incredible addition to any team that is looking to add a forward who can stretch the floor.

When the Pistons acquired Bogdanovic, a lot of people were confused by the move. The Pistons were not expected to compete at a very high level this season. Thus far, they have proven those expectations to be correct.

Detroit currently sits at the very bottom of the Eastern Conference with a record of 3-11. It doesn’t make a ton of sense for the 33-year-old, who is having a career year, to play on a team in the basement of the East.

For that reason, if the Pistons get some nice offers for Bogdanovic, it would not be all that surprising to see him get moved once again. It would be a good idea for the Pistons to try to stockpile draft picks to help aid in their current rebuild.

If a contending team comes along and offers a future draft pick or two, it seems plausible that the Pistons would jump at it.